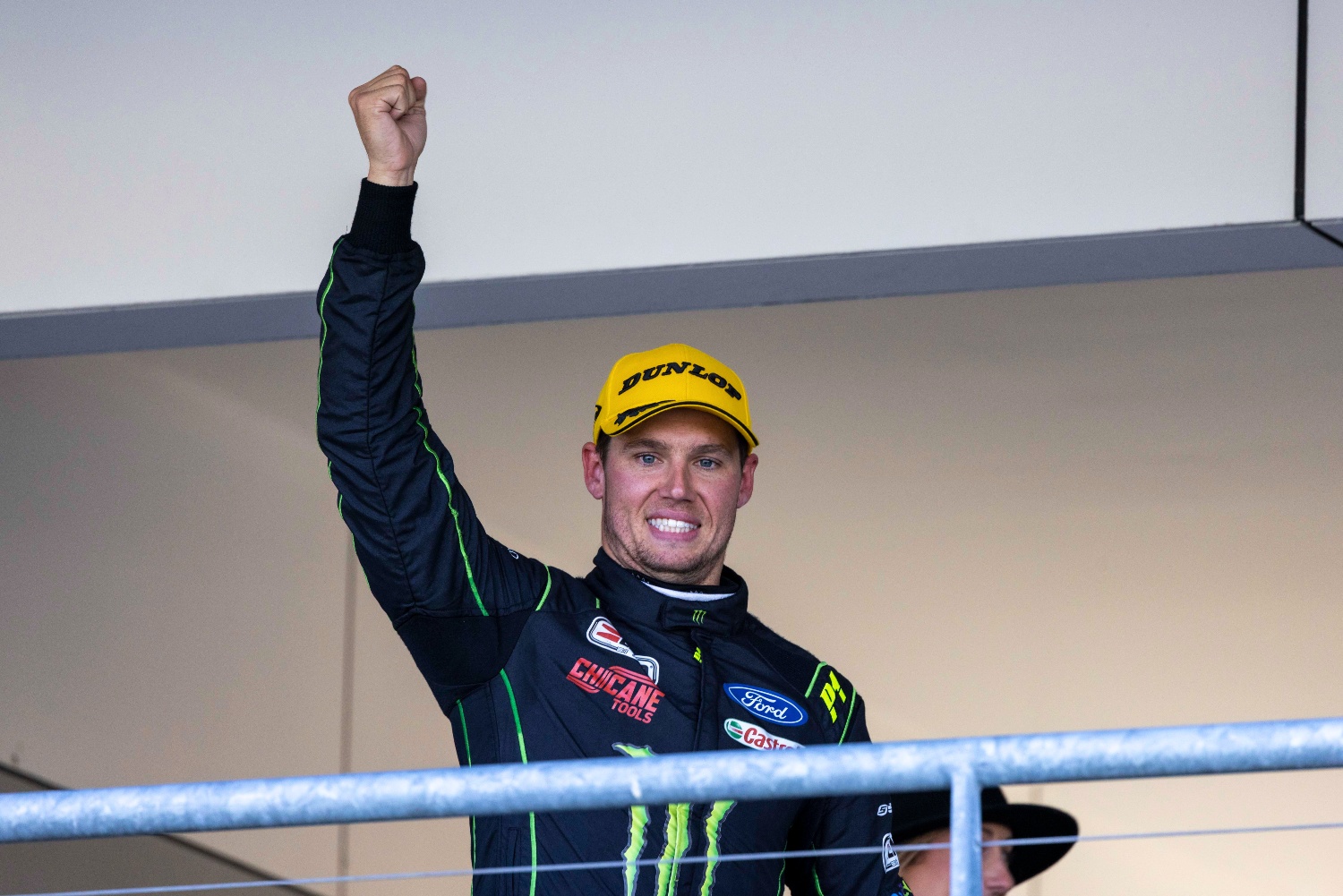 As he did at The Bend in May, Cameron Waters ended a race weekend with Shane van Gisbergen in his mirrors.

The difference this time, at the WD-40 Townsville SuperSprint, Waters claimed two wins on the same weekend for the first time.

Waters won Saturday’s Race 17, and backed it up on Sunday with his third win of the 2021 season.

The result also helped Waters move into third in the standings for the first time this season.

Waters defeated van Gisbergen, who scored his 15th podium from 19 starts this year.

It was his 15th Townsville podium finish, and fourth in five starts at Reid Park this season.

Will Davison was third, marking his first podium since the Darwin finale last month, and eighth of 2021.

It was also the Shell V-Power Racing Team driver’s first Townsville podium since 2014.

Todd Hazelwood was fourth, marking his best result of the season.

It came just hours after he scored his best result of the year with fifth in Race 18.

It was a tougher weekend for Brad Jones Racing teammate Macauley Jones, who recorded his third DNF of the weekend.

Jones was eyeing a top 10 after a season-best qualifying result, but crashed at Turn 10 chasing Tim Slade.

Jones was the biggest loser of the race, having dropped 16 spots.

Jake Kostecki was the biggest mover, moving eight spots from 22nd to eighth.