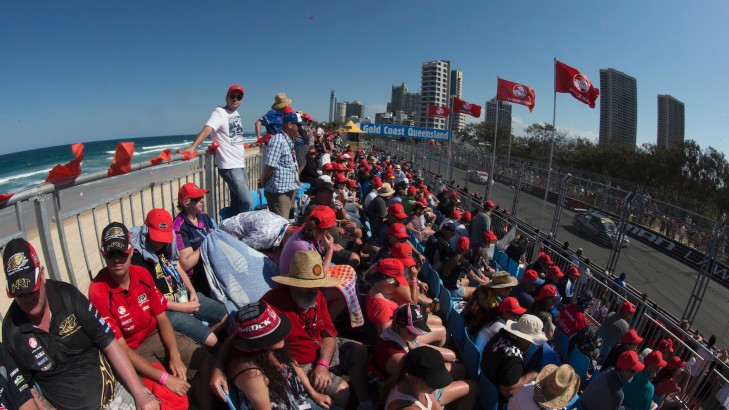 The Confederation of Australian Motor Sport (CAMS) announced tonight that in a boost for Formula 4's arrival in Australia, the category will feature on the V8 Supercars Australia calendar in 2015.

V8 Supercars and CAMS confirmed that the Formula 4 Championship will be contested at seven V8 Supercars events in 2015, bringing with it the widest possible appeal and exposure through the extensive television coverage it provides as Australia's premier racing category.

V8 Supercars Chief Executive James Warburton said he was excited to have Formula 4 on the V8 Supercars Championship schedule, as the sport continues to develop junior talent with CAMS.

"There's little doubt that Formula 4 is a new and exciting category and V8 Supercars is pleased to have been able to work with CAMS to have it added to our calendar in 2015," said Warburton.

"It will certainly be a historic moment for Australian motor sport when Formula 4 rolls out for the first time next year and we look forward to seeing it happen in front of a big crowd of V8 Supercars fans."

Australian Grand Prix Corporation CEO, Andrew Westacott, said he was looking forward to seeing Formula 4 in Australia in 2015 as it provides a new breeding ground for future Formula 1 drivers.

"The Australian Grand Prix Corporation will be looking on with interest when the CAMS Australian Formula 4 Championship gets underway next year," Westacott said.

"Formula 4 is an exciting new formula and it's likely that we'll see many talented open wheel drivers emerge from the category. We would love to see the next Aussie F1 star begin his or her career in Formula 4 and eventually race at the Formula 1 Australian Grand Prix at Albert Park, following in the footsteps of Webber and Ricciardo."

Launched at the Australian Grand Prix in March this year, the CAMS Australian Formula 4 Championship will consist of a 'Teams' model whereby CAMS will purchase a fleet of Formula 4 racing machines to hire out to individuals and teams who will take part in the exciting new formula.

CAMS has engaged French manufacturer Mygale to produce 20 Formula 4 chassis', with delivery of the race cars to Australia expected to occur in early 2015.

CAMS President Andrew Papadopoulos added that the framework chosen for the CAMS Australian Formula 4 Championship is the most popular model of those who have expressed interest in the new formula.

"We have looked closely at the proposed framework and believe that it is in the best interests of both Australian motor sport and young Australian drivers to embrace the opportunity provided by a tightly controlled entry level Championship endorsed by the FIA and in line with similar Championships in other countries," Papadopoulos said.

CAMS conferred with the Australian motor sport community before coming to the decision of the 'Teams' format, welcoming 49 expressions of interest by individuals and teams.

FIA President Jean Todt took delight in CAMS taking the next step in the evolution of new open pathway.

"FIA Formula 4 is a great initiative because this discipline represents the missing step which exists between Karting and Formula 3. Secondly, because Formula 4 creates a synergy between the FIA and its national motor sport associations through training the talent of tomorrow in a championship which controls costs and maintains the highest levels of safety.

"With Formula 4, young drivers from every country have the chance to put themselves in the spotlight from the start of their career. It will offer a new breeding ground of drivers for Formula 1 but also other top-level disciplines," said Todt.

CAMS can also reveal the Australian Formula 4 Championship will consist of 7 rounds, with 3 races per round of the championship with teams permitted 6 test sessions during the season. These test sessions will be spread over pre and mid-season.

CAMS announced the new formula will be strongly linked to established development platforms in the CAMS Driver Development Program. It will enable CAMS to further support and promote the progression of talented young drivers that are exposed to elite training at CAMS Academy events.

Complying with the FIA Formula 4 technical regulations, the championship car will use a carbon-fibre monocoque chassis - meeting FIA safety standards - and will be powered by an engine developing approximately 160bhp mated to a paddle shift gearbox, plus wings and slick tyres.

CAMS will soon announce further detail about the engine, oil and tyre suppliers for the CAMS Australian Formula 4 Championship and registration for the new championship will be accepted from September 24.

16/09/2014
Stay In The Know
Sign up to the Virgin Australia Supercars Championship Newsletter
This website uses cookies to improve your user experience. By continuing, you will be providing your consent to our use of cookies.Ok