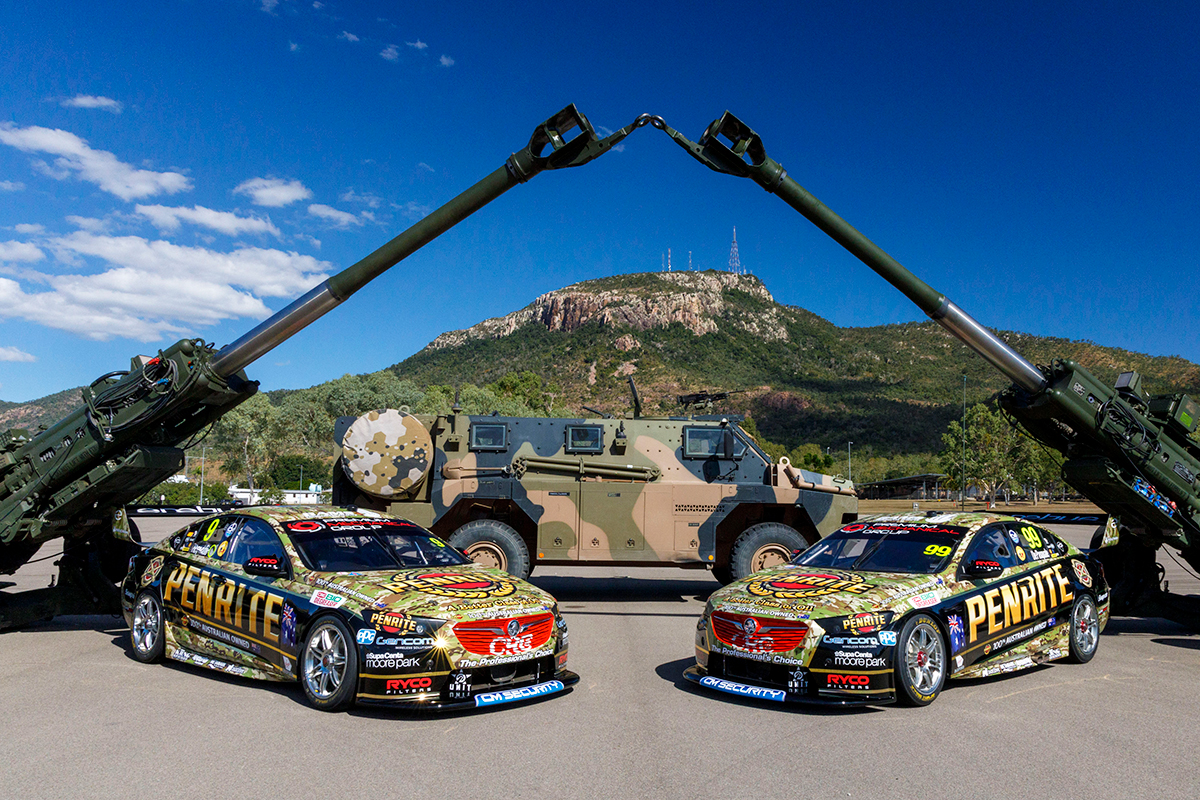 Penrite Racing has unveiled the camouflage, Army-inspired livery David Reynolds and Anton De Pasquale will carry in the Watpac Townsville 400.

Both Holdens have received an overhaul for the weekend, replacing their regular black-and-red scheme.

It represents the team's association with the Royal Australian Artillery, and was revealed at Townsville's Lavarack Barracks.

"It’s an honour and a privilege to recognise our relationship with the Royal Australian Artillery on a large scale," Erebus CEO Barry Ryan said.

"It’s a great relationship and it’s been rewarding understanding their business and spending time with the School of Artillery in Puckapunyal over the past four years.

"We run our race team with the same values – courage, initiative, respect and teamwork – and we both have a similar mentality and understanding of how we operate.

"We are very proud to see our cars roll out in this special livery this weekend and we also need to thank Penrite Oil, for their continued support of the work we do with the Army." 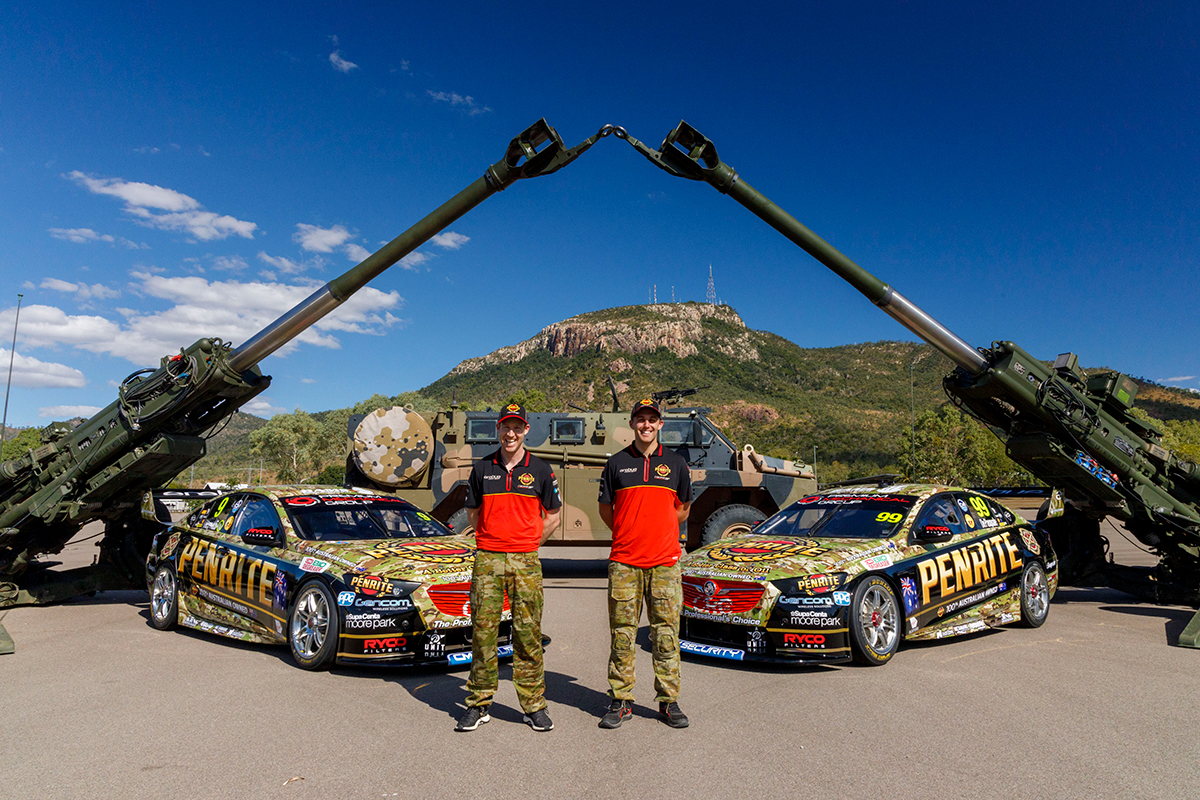 Reynolds and De Pasquale will also wear camouflage gloves through the race meeting.

During his rookie 2018 campaign, De Pasquale carried the RAA Association crest on his Holden's bonnet in Townsville.

"What better way to celebrate our relationship with the Army," De Pasquale said.

"It’s awesome to team up again and showcase what the RAA is all about and raise awareness for those guys.

"It has been great to be part of, and to step it up and roll out this weekend with two camo cars is something really cool."

Reynolds is the top Holden driver in the Supercars Championship sitting third, having claimed podiums in three of the last four races.

De Pasquale is 13th in his second season, with Penrite Racing third in the teams' championship.