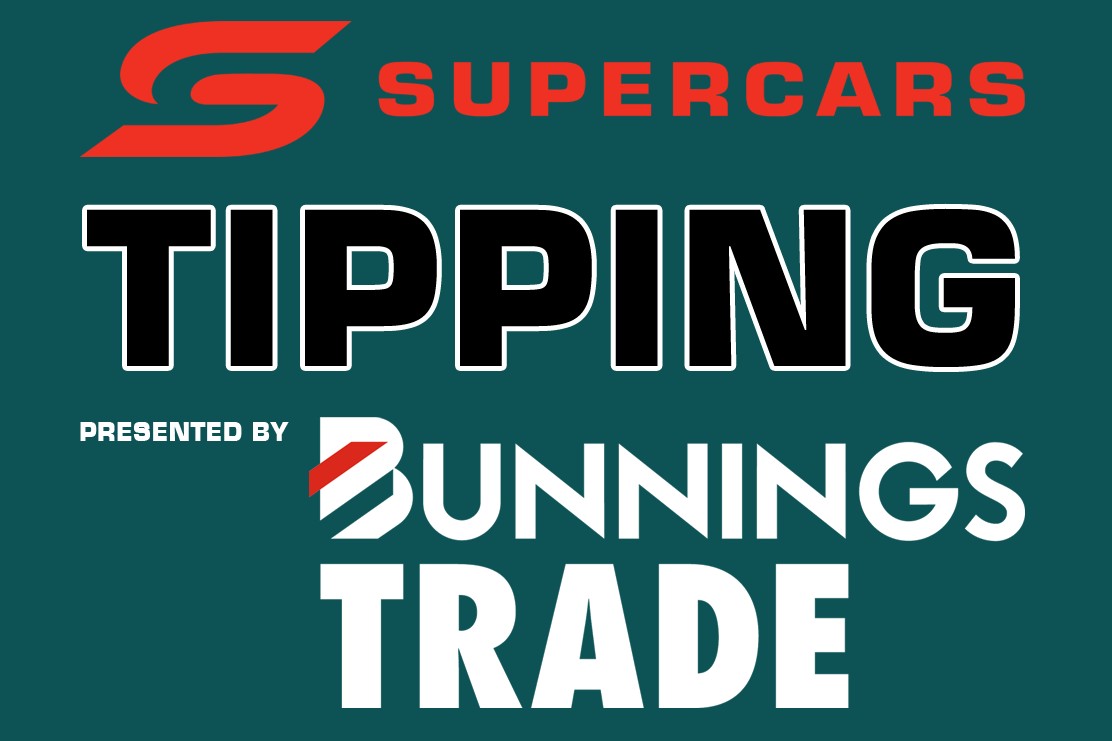 Bunnings Trade has today announced an expanded partnership with Supercars for 2021 and 2022, taking naming rights to key offerings from the Repco Supercars Championships.

The spectacular Western Australian event will be known as the Bunnings Trade Perth SuperNight for the next two years as part of the deal.

The event is WA's largest motorsport event at Wanneroo Raceway and this year will again feature night-racing over 11-12 September.

The 2019 Perth event was contested under lights and proved enormously popular for fans and competitors alike.

The PowerPass highlights the best overtaking moves in each race of the Repco Supercars Championship. 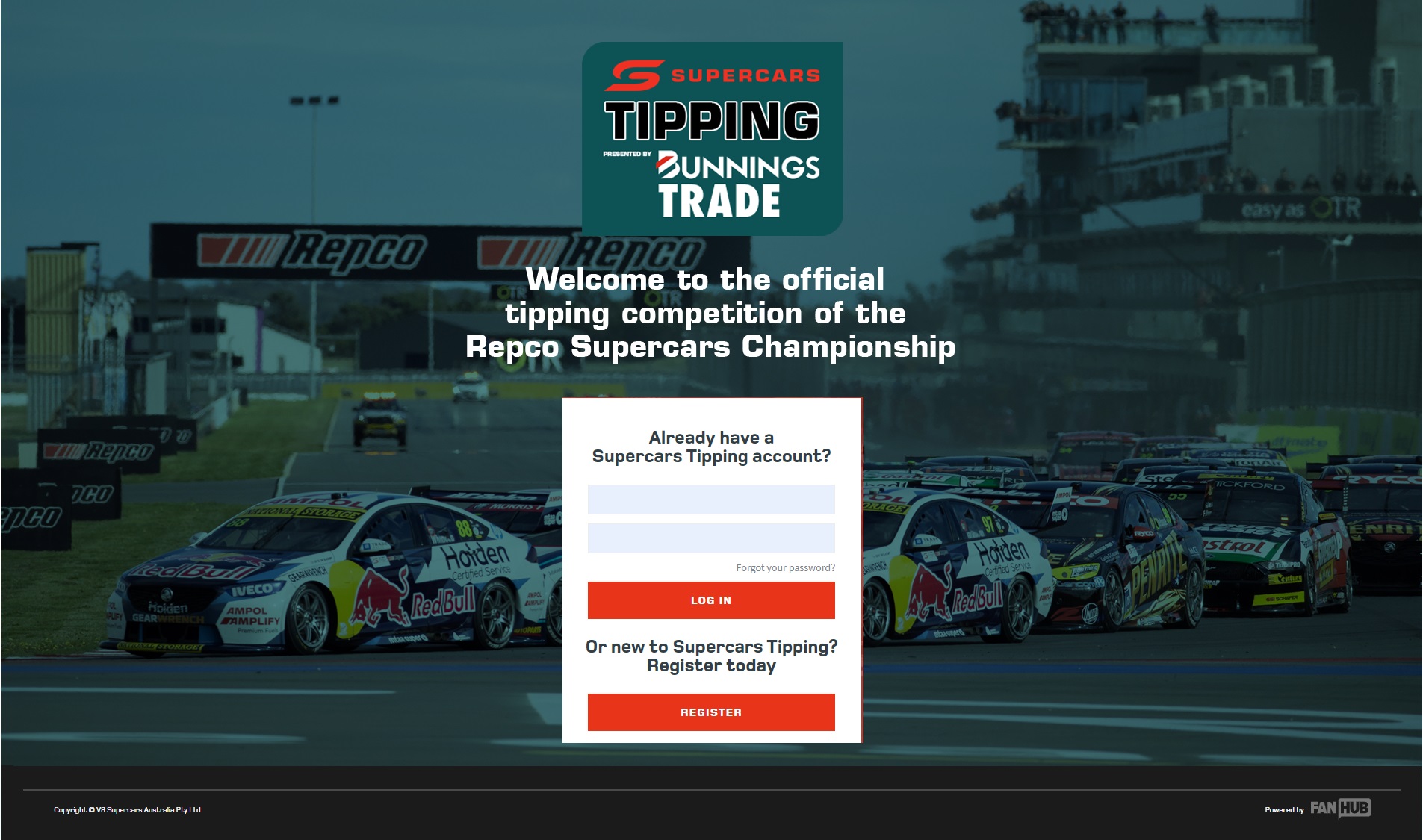 The official Repco Supercars Championship tipping competition is now open for 2021, with the largest prize pool ever on offer for the top tipsters.

Supercars Tipping presented by Bunnings Trade allows fans to start or join a league to compete against family, friends and colleagues, or go head to heard with thousands of other Supercars fans.

From today, fans will be able to tip their top three drivers for each race of the 31 Repco Supercars Championship races, scoring points for drivers they correctly tip to finish in the top three from actual race results.

There will be a variety of prizes, headlined by a $1000 Bunnings Gift Card and 2022 Supercars event ticketing and experience package to the overall winner. 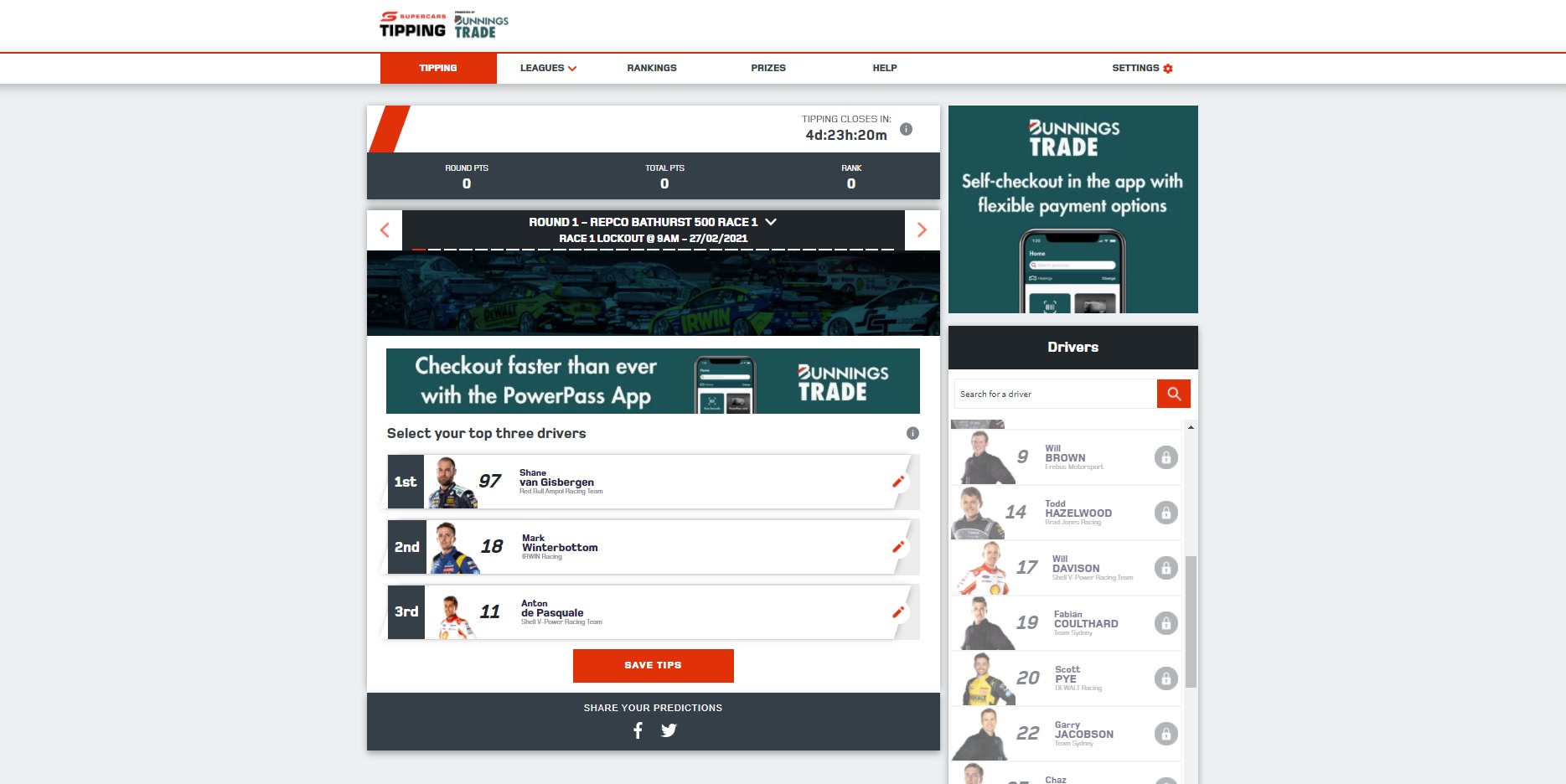 Each prize winner will also receive a double pass and experiences for two to each Supercars event (excluding the Australian Grand Prix) in 2022.

On top of the overall prize pool, there will be 12 round-by-round prizes for round winners with a $100 Bunnings Gift Card on offer for the top tipster of each race weekend.

All prizes can be won by entrants based in Australia or New Zealand.

Supercars Tipping presented by Bunnings Trade is now open and will run through until the final round of the Repco Supercars Championship on the Gold Coast 3-5 December.

To play, simply head to tipping.supercars.com and register for free.

23/02/2021
Stay In The Know
Sign up to the Repco Supercars Championship Newsletter
We use cookies to ensure that we give you the best experience on our website. If you continue to use this site we will assume that you are happy with it.Ok