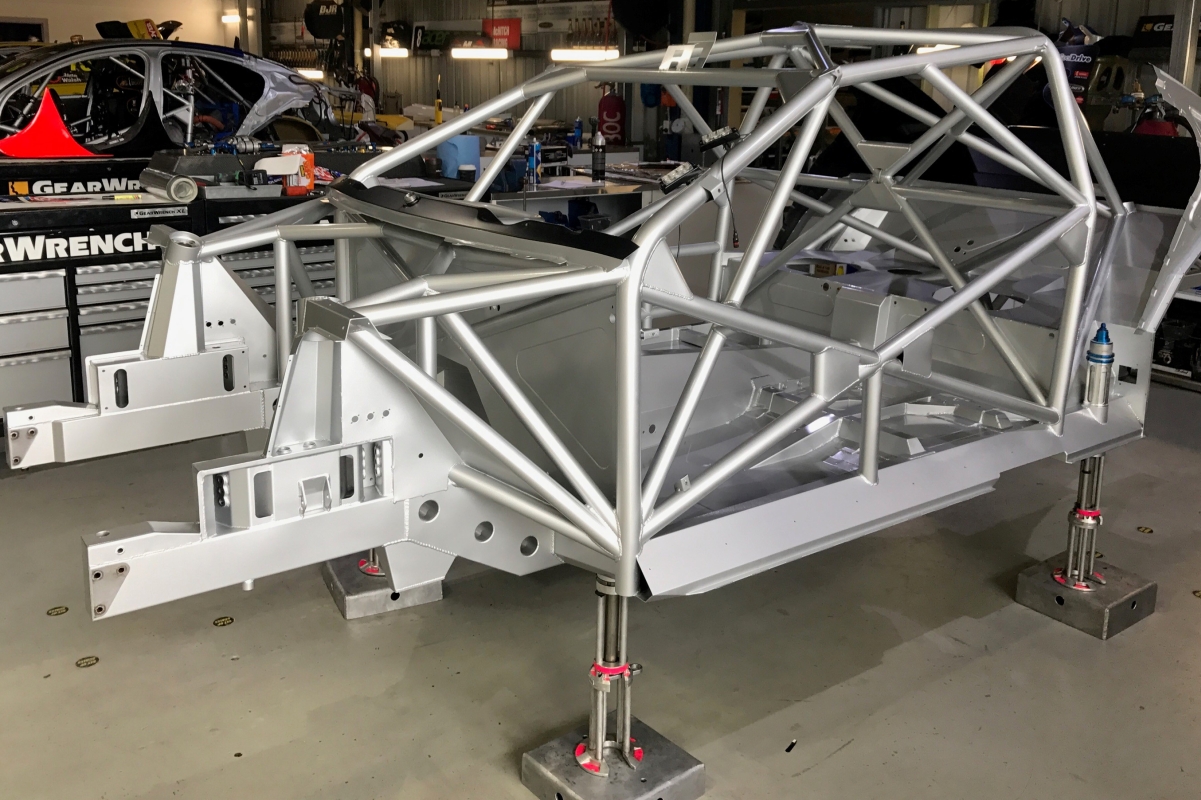 Tim Blanchard’s regular entry was destroyed when Hazelwood was fired off track by Jonathon Webb at the high-speed Turn 6 during Saturday’s opening ARMOR ALL Race for the Grid.

Mechanics at the circuit started stripping the car ahead of its return to BJR’s base in Albury on Sunday evening, and that work was completed by early Monday afternoon.

At the same time, the finishing touches were being put on the new chassis, which was originally intended to be introduced as a ZB Commodore at the start of the 2018 season.

BJR 009, as it will be known, was delivered to its bay in the workshop on Tuesday afternoon, as its build commenced.

Items including cabin looms, the front cross member, fuel tank, seat and leg protection device, coolbox and airjacks have been salvaged from the Sandown Commodore.

The team is aiming to finish the car next Wednesday, September 27, before its trucks leave for Bathurst on Monday October 2.

A decision on whether it will be shaken down before the start of on-track running at Bathurst is yet to be made. 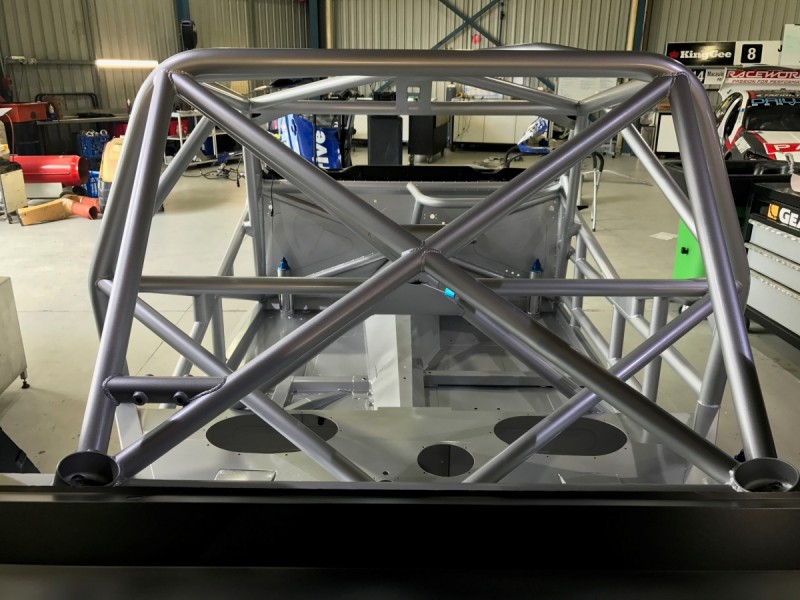 It is the third Commodore the team has had to build in similar circumstances this year, the other two having come between the Symmons Plains and Phillip Island Dunlop Super2 events separated by a fortnight in April.

BJR 001 – Jason Bright’s car from the 2014 Clipsal 500 rollover – was pressed back into action for Jack Smith and BJR 008 was built for Macauley Jones, while also repairing Symmons Plains damage for all three of its Supercars entries.

“You’re fighting for 22nd in a co-driver race on the Saturday of Sandown,” he told Supercars.com.

“Even if you’re fighting for a podium on the final five laps of Sunday afternoon it’s a pretty ambitious move. It was unnecessary.

“Obviously we as a team have got an extensive damage bill and we’re extremely lucky we’ve got a fit driver.”