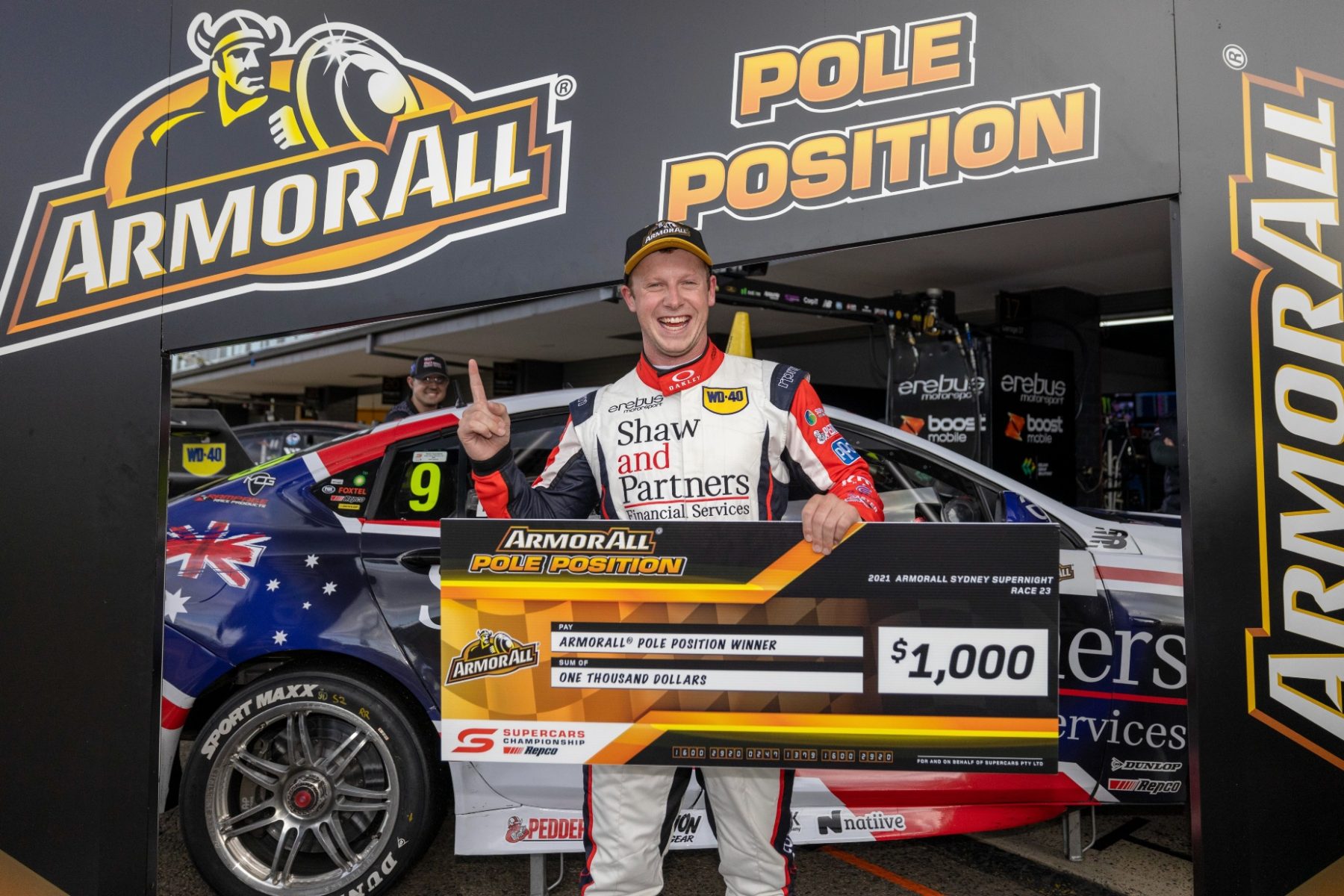 Will Brown left the second Sydney Motorsport Park round with the fastest lap of the weekend.

Brown's pole-winning time for Race 23 was the fastest tour of SMSP, albeit a fraction quicker than Jamie Whincup.

The pace in his Erebus Motorsport Commodore translated to the ARMOR ALL Sydney SuperNight.

Brown helped himself to a maiden ARMOR ALL Pole for just his 33rd start, with Whincup qualifying on the front row.

After the first weekend in Sydney was punctuated by Anton De Pasquale's big margins, last weekend saw the margins tightened.

Critically, De Pasquale had topped both practice sessions but failed to set a time in Saturday qualifying amid a gearbox issue.

Such was Brown's pace on Saturday, that an earlier lap time would have seen him qualify sixth.

The pace was down on the previous week, with the ARMOR ALL Sydney SuperNight featuring Soft and Hard tyres.

The quickest driver in race trim was Scott Pye, who dropped in two near-identical lap times on fresh rubber on Saturday night.