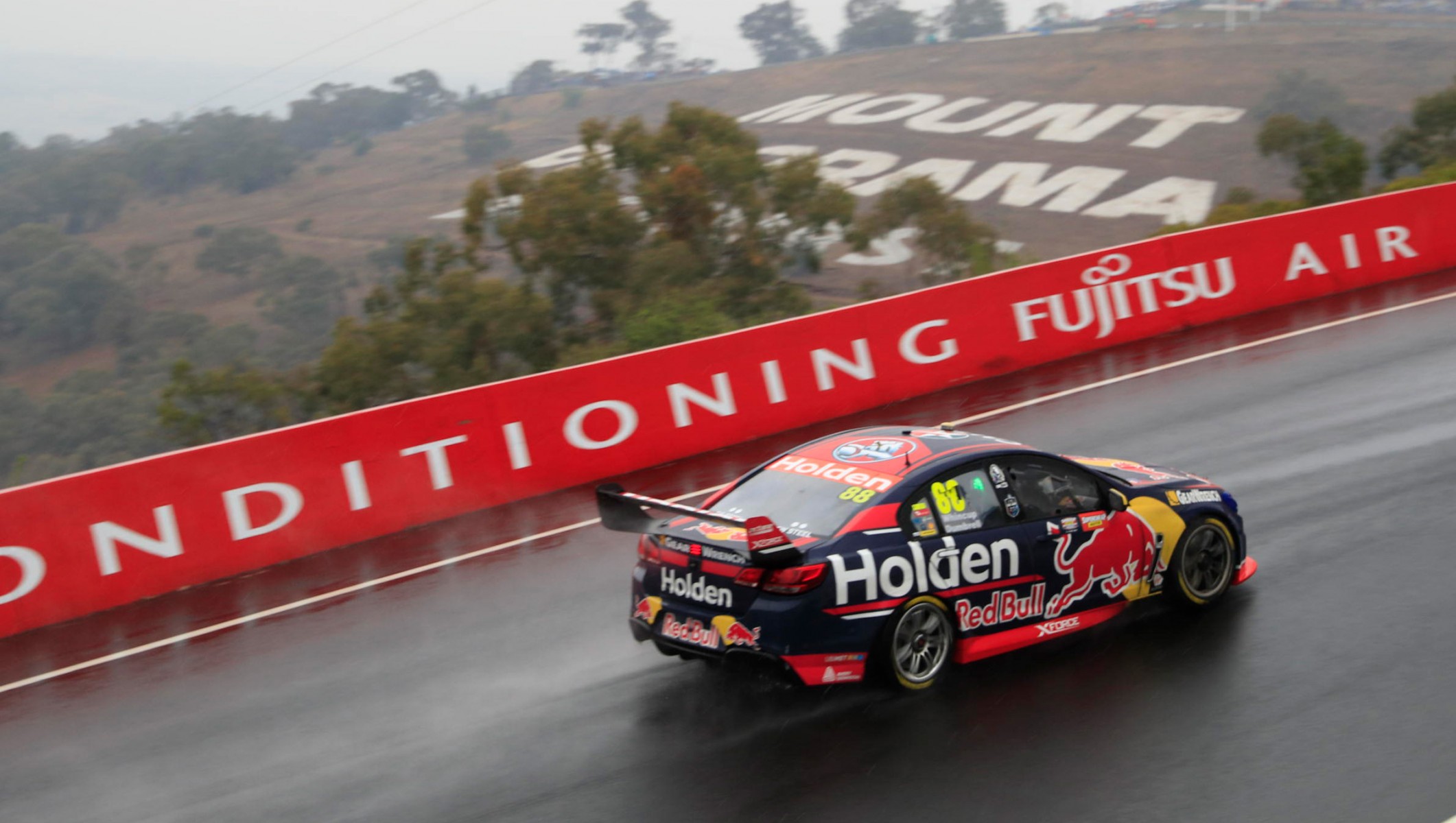 A broken valve is believed to have limited Jamie Whincup to seven cylinders in his Red Bull Holden Racing Team Commodore on Sunday, and effectively ending his Supercheap Auto Bathurst 1000.

Whincup had a troubled build-up, missing the Top 10 Shootout and only qualifying 11th at Mount Panorama, but was happier with his car on race day.

In wet conditions, he carved his way up to third place by lap seven, and together with co-driver Paul Dumbrell ran in the top five for the bulk of the first half of the race.

As different fuel strategies emerged on a drying track, the pair were running 13th on lap 119 when the #88 Commodore lost a cylinder.

The car only turned a handful more laps at the end of the day to be classified 20th and secure 90 championship points.

While a broken rocker was initially suspected as the cause, team manager Mark Dutton said further inspection indicated a valve was to blame.

“We took the rocker cover off and [there was] not a broken rocker,” Dutton told Supercars.com on Sunday evening.

“I’ll have a look, I actually asked [engine supplier KRE’s] Kenny McNamara just then and he said it was a broken valve, which is funny because usually the rocker breaks first and then the valve.

“Not too sure how that’s come about, especially because engine prep was perfect, they’re all fresh, nothing was close to mileage, drivers weren’t doing any over-revs. All the usual culprits just weren’t there.”

The six-time champion said he had “no warning” while travelling down Conrod Straight.

“It’s amazing how quickly things turn around and, boom, that’s the end of the day,” he told Supercars.com.

“A frustrating weekend for us all round. We just didn’t have the pace early, but we certainly had good race pace.

“We were hanging in there, waiting for the end of the race and it all turned real quick.

“It dropped a valve and on seven cylinders that was the end of the day.”

After qualifying on Friday, Whincup surmised that he was “down everywhere” and then forecast “massive changes” 24 hours later, having failed to find an answer during Practice 6 on Saturday.

While the bulk of the race was wet, Whincup said he was happier in his limited dry running on Sunday.

“I felt competitive in the warm-up,” he said.

“We made a lot of changes [on Saturday] night, clearly an issue with something that’s been hindering us all weekend.

“I feel like we were going to be quick in the dry, that we’d sorted our issues out.

“And we were competitive in the wet, which was good as well. Wet or dry, I was hoping it was going to dry out at the end, which it did.

“But I was hoping we were going to be there or thereabouts but we unfortunately we were sitting the in garage.”