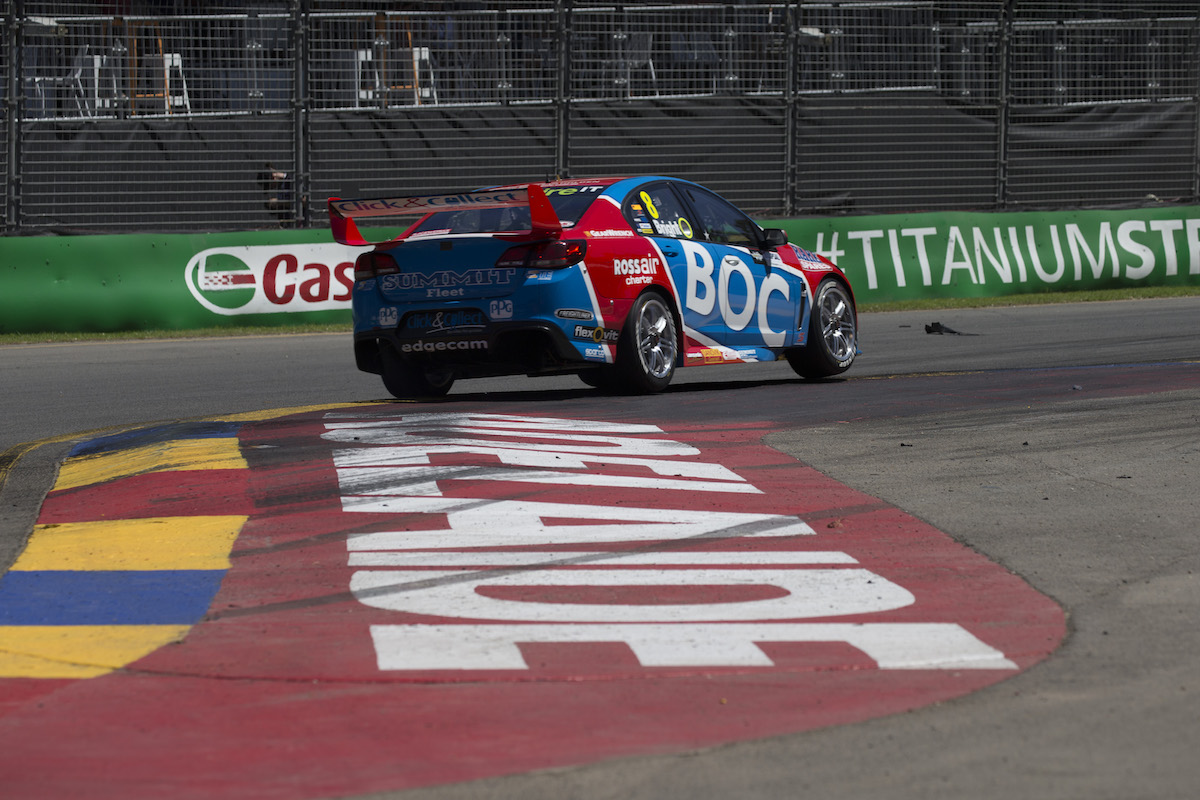 The oldest full-time driver in V8 Supercars says he is not only motivated for 2016 but is keen to race on in 2017 as well.

Jason Bright, who tuned 43 earlier this month, is now into his 16th consecutive full-time season in V8 Supercars and his seventh with Brad Jones Racing.

Among current drivers only Garth Tander (about to turn 39) and Craig Lowndes (42 in June) have raced more years consecutively in the championship.

“As long as I am still competitive with the guys around me and the sponsor is still there then I would like to think I am out here again next year,” the Team BOC Holden Commodore VF driver told v8supercars.com. “But I take every year as it comes at the moment.

“I still like it, I still get a buzz out of it,” Bright added.

“I enjoy every new season seeing where you sit against everyone, the cars change a little bit and this year we have arrived with two new cars and I feel that they are working well.

“I feel the team is working really well together too.”

Bright has a burgeoning business career and is now the father of two young children. But he says none of that distracts him from his affection for driving and the positives he gains with it.

“My life is certainly a lot busier than what it used to be, but I still attend all the debriefs, prebriefs, do all the track maps and everything else. Doing all those things you are working with the team to find the best way of doing things and I enjoy all that.

“If I didn’t enjoy all that then it would be laborious and I don’t think I would be getting the most out of it. But I still enjoy trying to figure out what is going to move us up the grid.

“When I am at a race meeting I pretty much switch (off from business) and focus on what does the car need? What have we got planned for tomorrow? What is the strategy going to be?

“I feel like that is part of the selfish racing driver you always are. I feel that hasn’t changed – getting to the race meeting and looking for every advantage you can get.”

Along with his new BJR team-mates Tim Slade and Tim Blanchard, Bright’s season didn’t start particularly well at the Clipsal 500.

But he had strong pace at the Formula 1 Rolex Australian Grand Prix, although a series of misfortunes meant he exited with little to show for it.

He is now hoping for better fortune at the Tasmania SuperSprint at Symmons Plains on April 1-3.

“We had quick cars in Adelaide but we had issues with hem in qualifying which put us on the wrong side of two tenths,” Bright explained.

“At the moment I think we still have to get a few things right and there will be some tracks that will suit us quite well and we will be very competitive.

“We just have to get on top of those areas where we are not strong.

“But there will be events where I think Tim (Slade) and I can both sit on the front row together,” Bright added.

“Unfortunately I don’t think we have the package to do that at every round yet, but with some small improvements in certain areas I think we can be competitive at all different tracks.”

Bright’s best championship result was in 2002 when he finished third for the Holden Racing Team. He won the Bathurst 1000 for Stone Brothers Racing with Steven Richards in 1998.

Since joining BJR he has finished as high as seventh in the drivers’ championship, collected five wins for the team and claimed the inaugural Jason Richards memorial trophy in 2013.

But last year was a disappointment; the highlight was a podium in the wet Sunday mini-marathon at Sydney Motorsport Park in August.

Bright explained he lost a lot of development time in 2015 as the team started the year trying to run the same set-up in his and former team-mate Fabian Coulthard’s Freightliner Commodore.

“We made a lot of changes going into that season trying to run two cars identical every round and it wasn’t working for me.

“We tried to make it work for the first six rounds and then we basically changed that in the last few rounds and went back to what I was running in 2014.

“We made a lot of improvements in the last few rounds.”