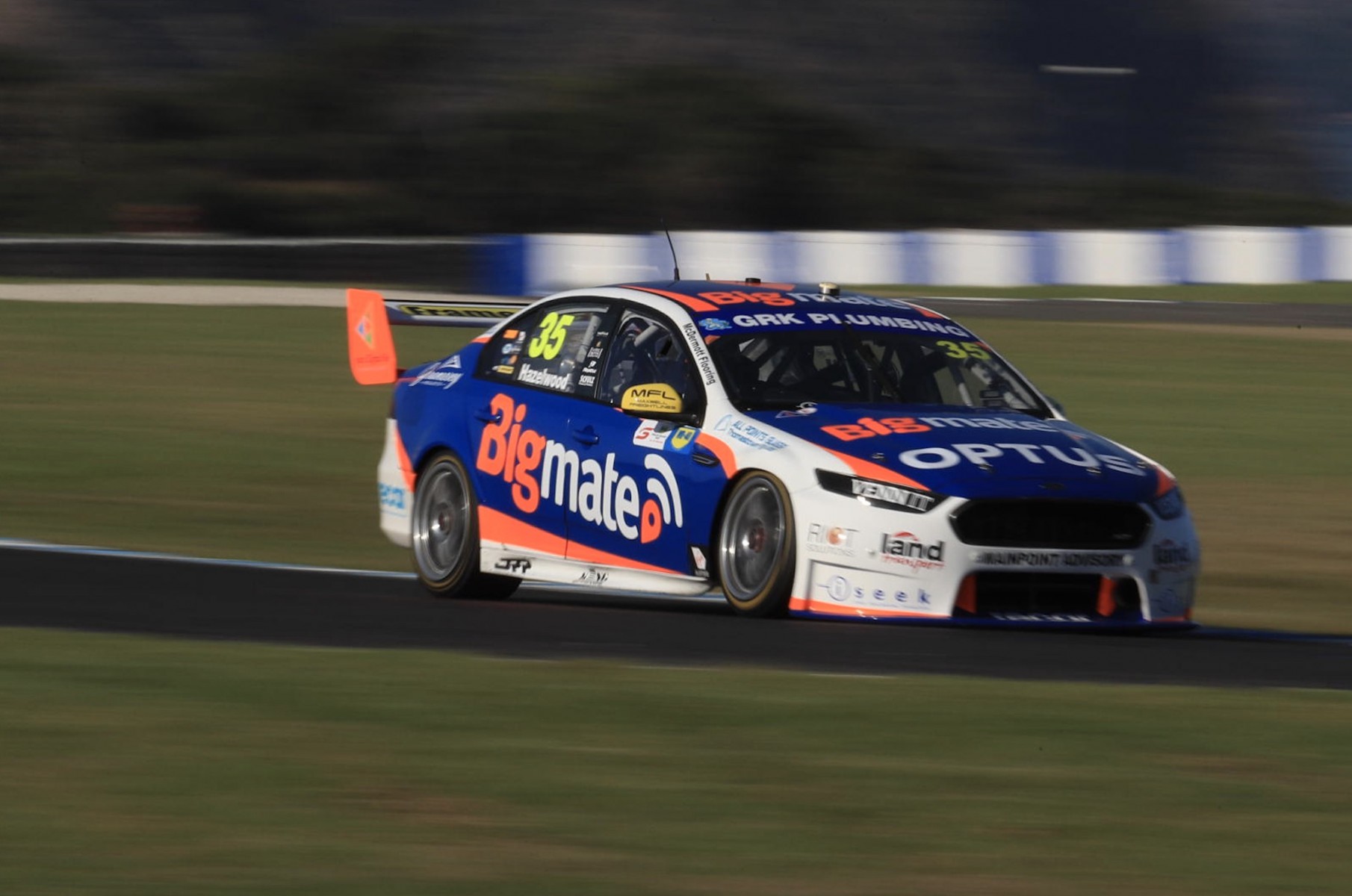 Supercars rookie Todd Hazelwood has veteran Jason Bright in his corner at the WD-40 Phillip Island 500.

Bright is at the Victorian venue with Matt Stone Racing, offering his experience to the first-year main game team and driver.

Although the MSR Ford is running under the Racing Entitlements Contract owned by Bright, it is the first time the 45-year-old has appeared in Bigmate Racing-branded attire.

Bright retired from full-time driving at the end of last season, splitting with Tickford Racing one season into a two-year deal.

“I’m just an extra set of eyes and ears really. If I can help out in any way, I'll put my hand up,” said Bright of his role this weekend.

“The guys are doing a good job, it's more to see where they're at and see if we can move them a couple of rows up the grid.”

No set plans for enduros

While the MSR Ford is the only car without a confirmed co-driver for the PIRTEK Enduro Cup, Bright downplayed suggestions he is set to take the seat.

MSR is known to have been talking to several drivers about the position, potentially leaving the 1998 Bathurst winner on the sidelines.

“I know they haven't announced anyone yet,” he said.

“It's a possibility, [but] I still haven't done any work on it myself. I've probably been a little bit slack in that area.

“But I'm enjoying standing on the other side of the fence at the moment, offering little bits of advice when I can and hopefully it yields a better result.”

Bright’s only racing commitment for 2018 so far is the Toyota 86 Racing Series, where he is enlisted as a guest driver for a yet-to-be-announced round.