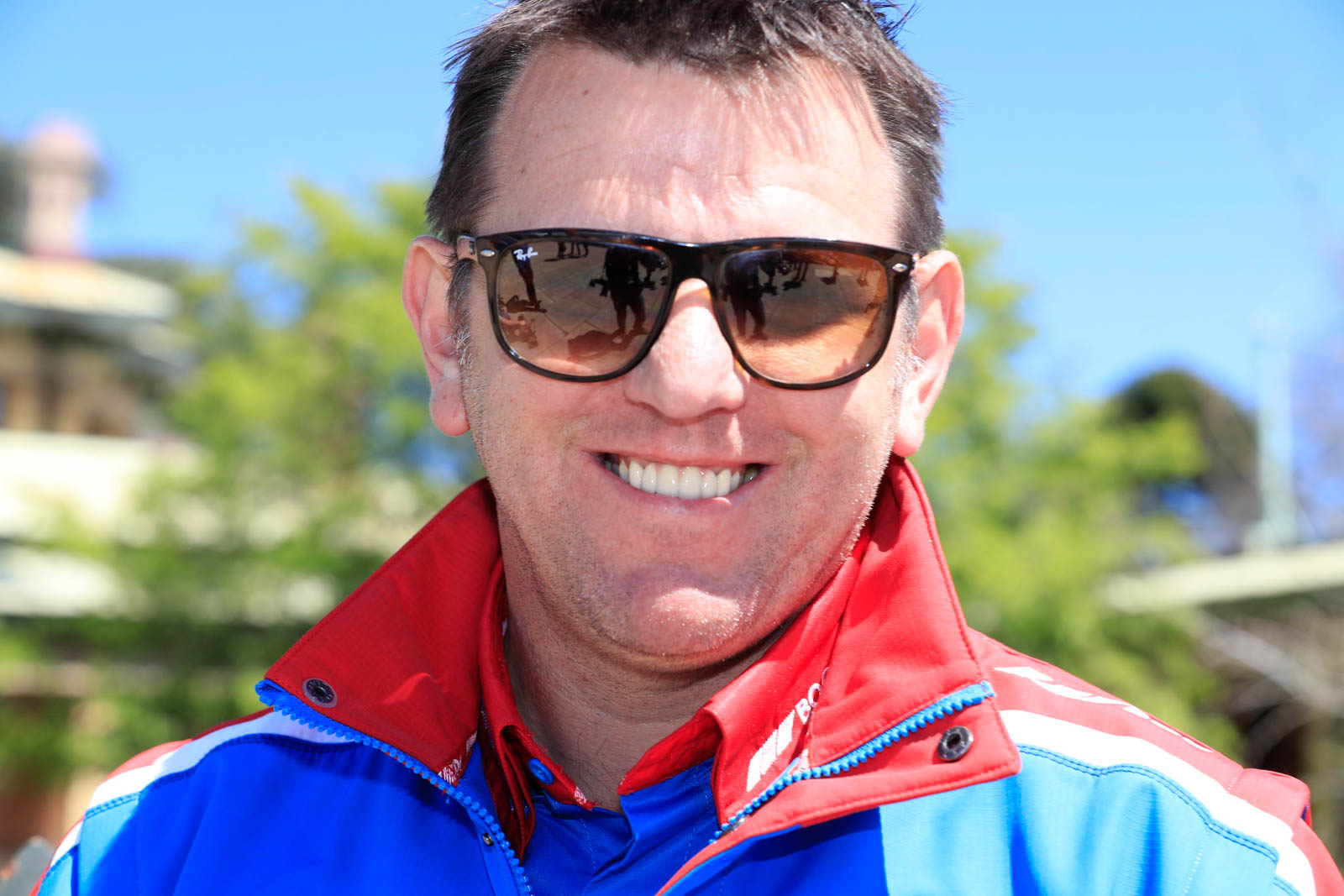 Jason Bright is under no illusions that his shift from Brad Jones Racing to Prodrive Pacing Australia in 2017 will be dismissed as a marriage of convenience by some Supercars fans.

But the veteran, who raced for the same team then known as Ford Performance Racing in 2005-06, prefers to think of his return to Campbellfield as a lottery win.

Bright will drive a Ford Falcon FG X for the former factory squad with backing from MEGA Limited, a petroleum supply company new to the Virgin Australia Supercars Championship secured by PRA.

It had been expected Bright, who turns 44 in the days after the 2017 Clipsal 500 championship opener, would become an endurance co-driver in 2017. But he told supercars.com that he never even considered that option when informed by BJR team owner Brad Jones his contract wouldn’t be renewed.

“I guess that [an endurance co-drive] was a possibility and that was offered but I want to be out there full time,” Bright said.

“I certainly don’t feel like I am ready to retire just yet and I feel like I have won the lottery a little bit as far as stepping up to the 2015 champions and a team that has won a couple of Bathursts recently.

“This deal has come together because they have found a sponsor and they need a driver and I was in the right place at the right time.”

Bright has signed a multi-year deal to race for PRA. Crucial to the deal is his ability to bring his Racing Entitlements Contract (REC) with him from BJR to underpin the entry.

In a typically convoluted Supercars business deal, Bright and his REC moved to PRA to replace the Super Black Racing REC, which despite PRA co-owner Rusty French’s publicly stated intention to buy it, was finally sold to Tim Blanchard Racing to underpin his CoolDrive Commodore entry that is run by BJR.

Bright’s REC, in which Jones has a minority share that will be bought out by year’s end, previously underpinned Blanchard’s entry. Super Black Racing has folded and driver Chris Pither is looking for a new seat, with Lucas Dumbrell Motorsport thought to be his only championship option.

Bright was linked with several different potential projects after it became clear he would be replaced by Nick Percat at BJR in 2017; a second car operated by Charlie Schwerkolt’s operation, a renewal of his links with Ross Stone and and a buy-in to Lucas Dumbrell Motorsport among them.

“I did talk to anyone I thought was a place I could take my REC and bring a little bit of sponsorship, but I didn’t call PRA,” Bright confirmed.

“That’s the best part. When we all realised what we were looking for it just made sense.

“I am excited because I feel like it is a good team, good equipment that’s been competitive for the last few years and I feel I can go into next year confident that we will be consistently up there.”

Bright says he is comfortable with the fact that his 2017 performances will be heavily scrutinised.

“I am pretty confident it will be a step up from where I have been results-wise. That’s not taking anything away from BJR, but I am happy for people to watch closely.

“There will be a lot to learn in the first few race meetings,” Bright added. “I have driven the same cars with the same engineers with a similar set-up for a long time and I am going to new team, a different way a of thinking, a different aero kit.

“There will be some learning over the first few rounds but I am confident we will be alright.”

In a Supercars career that started in 1997 with a one-off drive for Garry Rogers Motorsport, Bright has now made 549 race starts, scored 20 wins, 17 pole positions, twice finished third in the championship and won the Bathurst 1000 in 1998.

Apart from FPR and BJR he has raced full-time in the championship for the Holden Racing Team, Team Brock/PWR, in two separate stints for Stone Brothers Racing and his own team Britek.

He has raced for BJR since 2010, won the team’s first Supercars race in 2011 and claimed the inaugural Jason Richards Trophy in 2013. But his performances have lacked consistency and current team-mate Tim Slade and predecessor, Fabian Coulthard, have finished higher in the championship in recent years.

“It’s really sad [to be leaving BJR],” Bright said. “I hadn’t spent this amount of time in any other team. Going to BJR in the first place it was a team that still hadn’t had a  V8 Supercar win and I was privileged to get that for them and that felt great.

“And then Car of the Future came [in 2013] and we came out of the box very strong. That was probably the best period for BJR, the start of 2013. We were competitive everywhere and we had a bit of a jump on everyone with Car of the Future.”