‘Brave’ call pays off for BJR 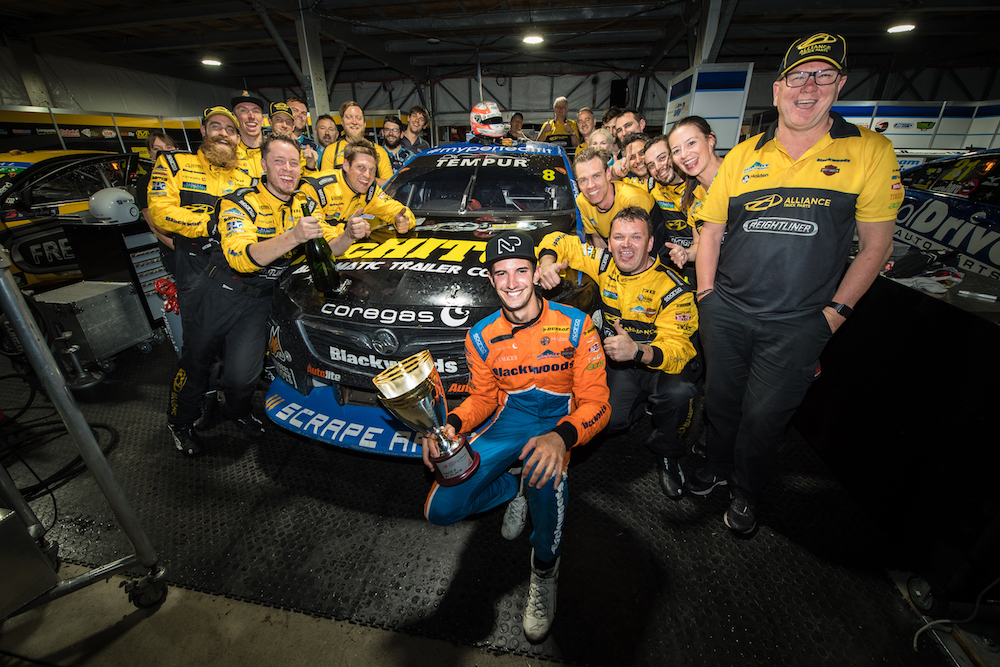 Brad Jones admits his Supercars outfit’s call to leave all three of its Commodores out on slicks late in Saturday night’s rain-hit Albert Park was “pretty brave”.

Nick Percat claimed BJR’s maiden podium of 2018 with third, right behind Scott Pye and Jamie Whincup, in the third leg of the Coates Hire Supercars Melbourne 400.

Percat opted not to pit for wets when rain started to fall in the final 10 laps, along with Tim Slade who finished fourth and Tim Blanchard in 11th.

In total, 14 of the 26 drivers in the race pitted, while Slade crossed the line in fifth but gained a place with James Courtney’s time penalty for a clash with Craig Lowndes.

“He's driving really well at the moment, the car was really well hooked up,” Jones told Supercars.com of Percat.

“It was an exciting race towards the end and then to have Timmy in the mix as well, I'd say it was pretty brave to leave all three cars out there on slick tyres.

“Each of the engineers make their own decisions and we all had a bit of a chat about it and it was clearly the right thing to do.

“So it was difficult circumstances in the car, but to walk away from this one with a third, fourth and 11th is great.” 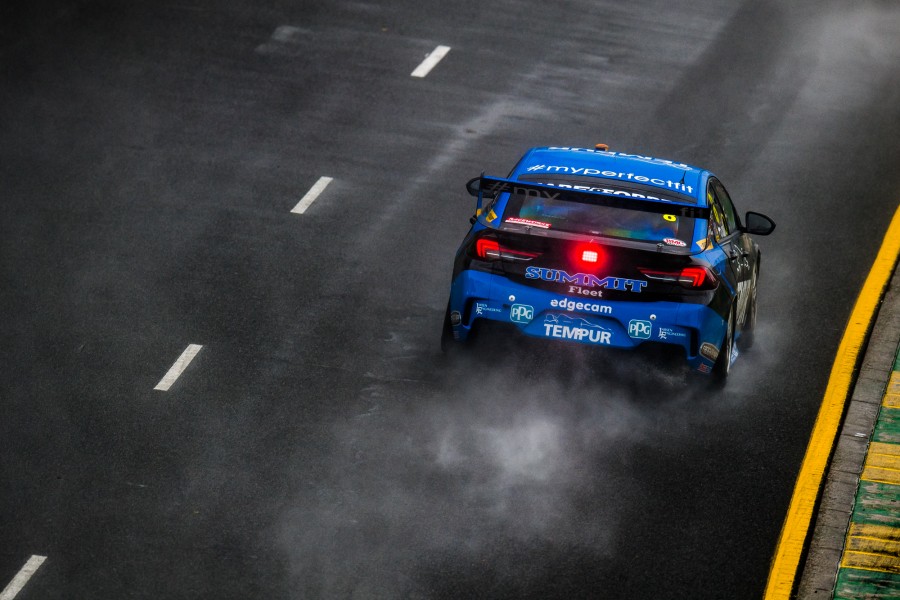 In his second season with BJR, Percat closed right up on Whincup as rain fell in the closing stages, with Pye’s mistake then compressing the top three.

Percat started the race second but lost two places off the line and into Turn 1, where he locked both front brakes briefly.

The ensuing flatspot meant Percat could not go with Pye and Whincup during the first phase of the race, even though he did enough with a late stop to only be undercut by Chaz Mostert.

He was then running fourth when the rain began to fall, with Mostert pitting.

“He came on the radio [towards the end] and he was having trouble seeing and for us today it was better for him to come third than fire off trying to get past the other two,” Jones said.

“I thought he did an excellent job; the start wasn't very good, he flatspotted the tyres a bit and then the right front got flatspotted a bit more.

“I think he had pretty reasonable speed in the car, and then the decision by Andrew [Edwards] to run a bit longer and all that actually played out, the stop by the guys was mega.”

“We had a very quick conversation about pitting,” Percat said of the late shower.

“And because I like to drive in those tricky, changing conditions I wanted to stay out, which we did.

“This is my second podium result with BJR/TEMPUR Racing. I’m pretty excited to achieve this early in the season and we’ve also snuck into the top 10 in the championship.”