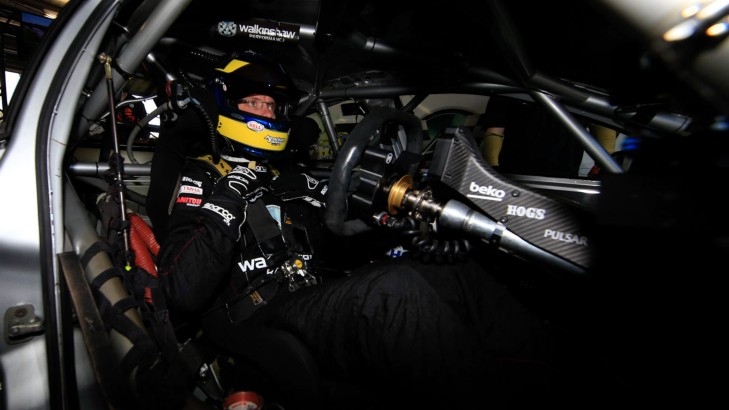 Sebastien Bourdais has been left to rue his first-lap clash with Jonathon Webb that denied the IndyCar ace the chance to improve his second-row start in today'sfirst qualifying race.

Primary driver Lee Holdsworth secured Bourdais a fourth place start for the first 20-lap qualifying dash at the Wilson Security Sandown 500, but the Frenchman was sent back into the pack after contact with Webb at turn one on the first lap.

Webb apologised and accepted responsibility for the incident, while race control deemed no breach had been made.

"Webby said he screwed up and he apologised, but at the end of the day, he got away with it and wrecked our race," Bourdais told v8supercars.com.au.

"I can apologise when I take somebody out too. Saying 'oh, sorry,' is pretty easy.

"It's not too impressive and it's a shame because it's a qualifying race too. All you've got is something to lose in there, there's nothing to win, there's no points, no nothing.

"I don't know what they were thinking, but clearly they thought it was the last lap of the 500."

Despite the incident, the accomplished racer managed to bring the Preston Hire Commodore home on the fringes of the top ten in 11th, but questioned race control's decision.

"[This] is what I don't understand because I thought in this series, if you're locking-up a wheel and running into someone - especially in the rear axle and at the back - you're in the wrong," he explained.

"But apparently not at the start, so I don't know.

"I wouldn't be surprised if the car is all bent up because it didn't feel quite right after that."

Primary driver Holdsworth now takes the wheel for the final qualifying sprint at 4.10pm, which will set the grid for the 500 tomorrow.