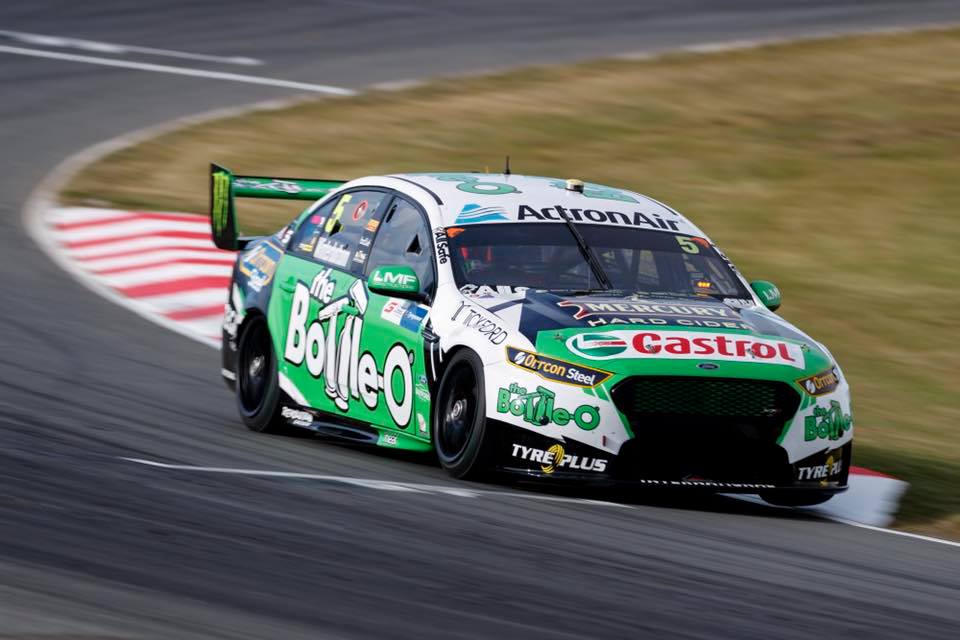 On a disastrous weekend for the four-car Tickford Racing squad in Tasmania, there was at least one clear positive.

The Bottle-O Racing crew moved to the top of the standings in the PIRTEK Pit Stop Challenge thanks to their work servicing Mark Winterbottom’s Ford on Saturday.

Symmons Plains marked the third leg of the Pit Stop Challenge, with the 120km Saturday encounter adding to the two pitstop races from Albert Park.

Sitting third after the Melbourne event, setting the ninth fastest pitstop time in Tasmania was enough to put the Bottle-O entry atop the overall standings.

Under the Pit Stop Challenge system, the fastest pitstop is awarded 26 points, with one point increments then applying down to the slowest, which receives one point.

Following the eighth leg at Tailem Bend in August, the fastest four will compete for the top prize of $20,000 in a live finale on the Friday night of the Supercheap Auto Bathurst 1000. 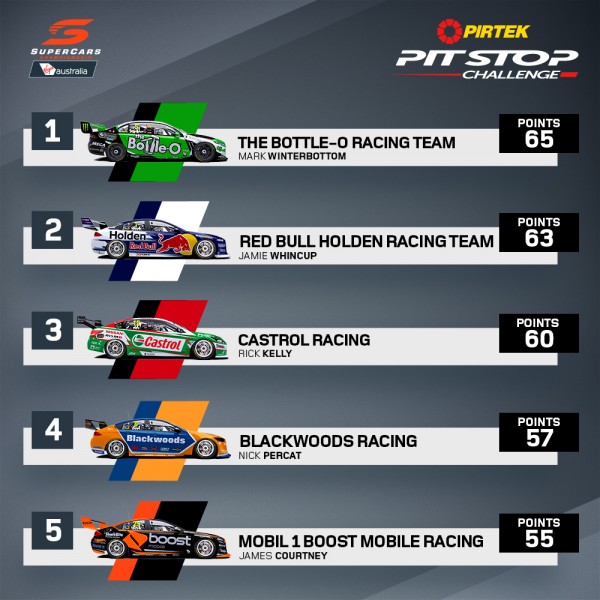 Fastest at Symmons Plains was the #12 Shell V-Power Racing Ford which, timed from pit entry to pit exit, recorded a total time of 34.216s.

Interestingly, even among the fastest pitstops, there were distinctly different strategies executed by the teams.

The #12 Ford and #15 Nissan took on working-side tyres only, BJR did all four on its Commodores, while Red Bull HRT changed three tyres on its two cars.

Fuel strategies also varied, even among teams, with Shell V-Power opting for a splash with its #17 car – which was seventh in the order – but not for the pitstop pacesetting #12.

The #2 WAU Commodore and #55 Supercheap Auto Falcon had been the top two in the standings after Albert Park, but suffered disasters at Symmons Plains.

Chaz Mostert’s Supercheap entry was last after a fire – caused by exhaust damage – meant the Ford never returned to the track after its pitstop.

Scott Pye’s WAU team recorded a 45.667s time after a clutch problem led to the Albert Park race winner stalling and then struggling to restart.