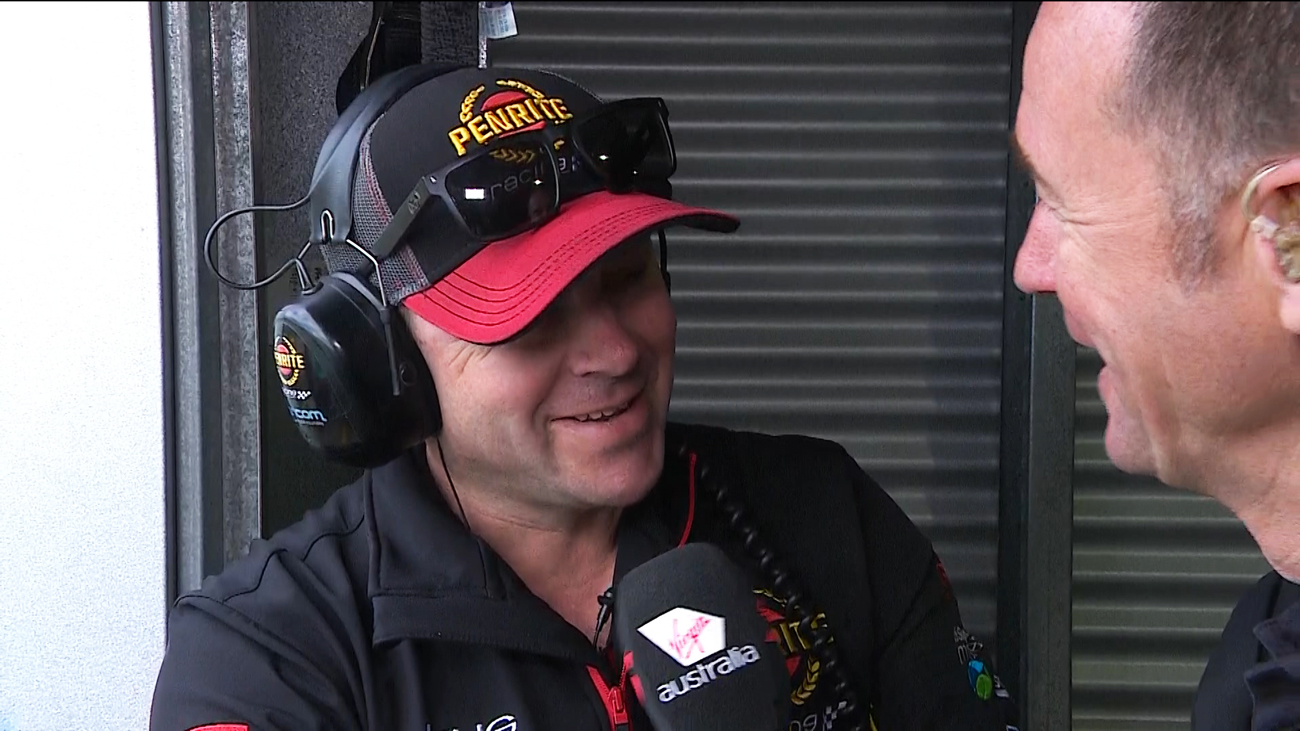 Penrite Racing boss Barry Ryan joked he and David Reynolds will “just hold hands and skip” after the driver’s crash in qualifying at Pukekohe.

Reynolds will start 22nd for today’s second leg of the ITM Auckland SuperSprint after coming unstuck at Turn 3 on his first green tyre run.

Ending up headlong into the tyre wall, the incident triggered the red flags, costing Reynolds his previous best time and preventing him from returning to the session.

“It’s disappointing,” he said, before adding with a smile: “Oh well, we’ll just hold hands and skip because I don’t want to say anything bad against my driver.”

Amid laughter from the commentary team, Ryan admitted Reynolds now faces a tough task to mount a fightback in the 200km race.

“The car looked pretty poor through there, it bounced off the kerb pretty bad so he was along for the ride I think,” he said.

“We got a podium yesterday and we’ve got a car we should have consolidated with today.

Reynolds meanwhile said he was “devastated” for the team, with which he this week inked a 10-year contract.

“I ran out of luck or talent, I’m not sure. I had a lot of luck yesterday so I had to run out at some point,” he said.

“I maybe had too little temperature in that right-front. As soon as I tipped it in I new I was in a bit of shit.

“I hope it rains because then it’s kind of anyone’s race, because it’s hard to win it from back there.

“I’m devastated not only for myself but everyone that puts a million hours of work into it.”

Reynolds scored an unlikely podium on Saturday, having benefitted from time penalties for Will Davison and Jamie Whincup after crossing the line fifth.

Penrite Racing’s #99 entry of Anton De Pasquale was 15th on Saturday and will start today’s race 14th, having also missed the ARMOR ALL Top 10 Shootout.