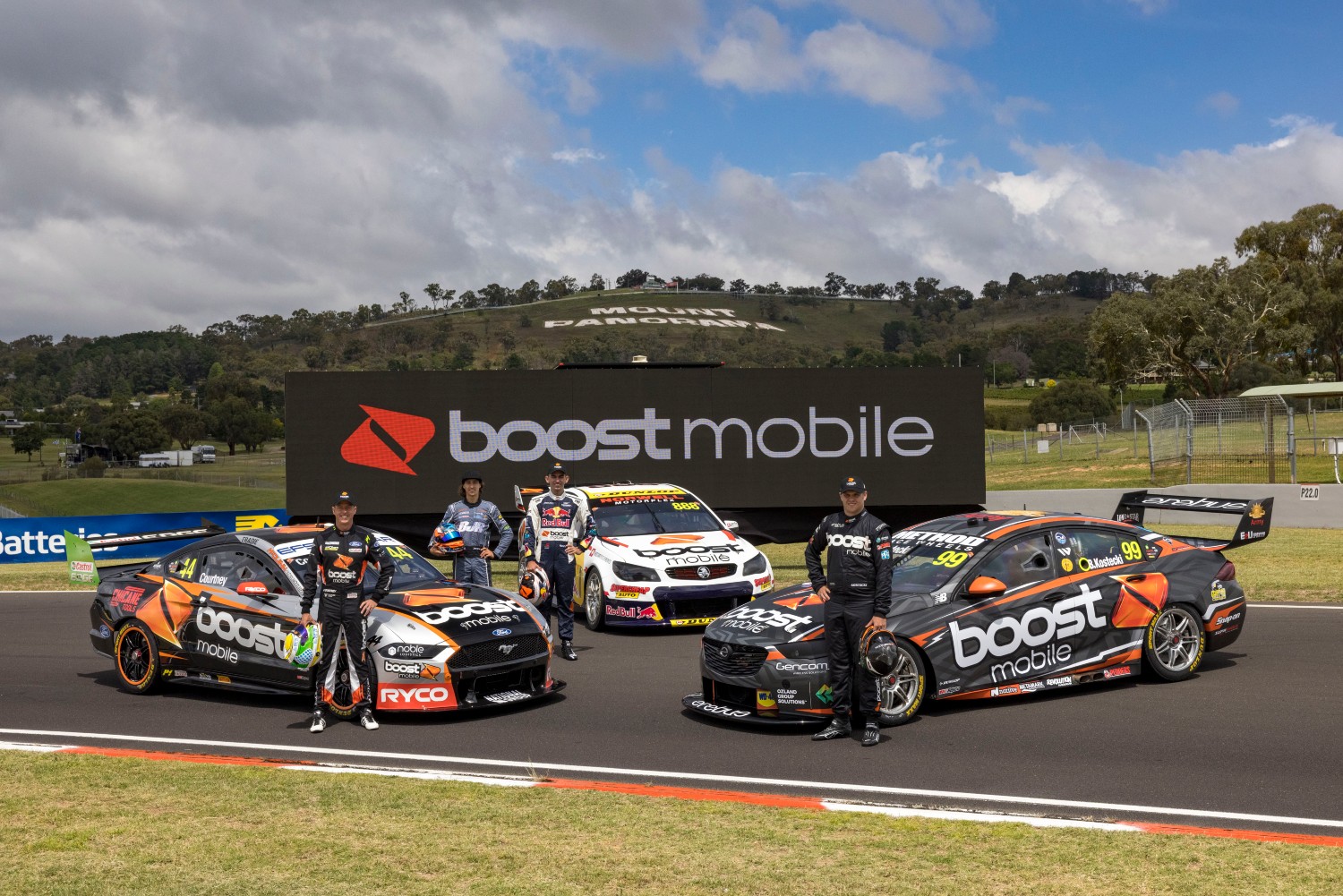 Youth telco Boost Mobile has signed a two-year deal to become the Official Telco Partner of the Repco Supercars Championship and naming rights sponsor to the Boost Mobile Gold Coast 500.

Since it was founded in 2000, Boost Mobile has grown to become a leading provider of prepaid mobile telecommunications in Australia and the USA and one of the world's leading youth Telco brands.

The Official Telco title and naming rights of this year's spectacular season finale on the streets of the Gold Coast is the latest addition to Boost Mobile's diverse portfolio of brand partnerships, which includes a variety of athlete and team partnerships in motorsport.

Supercars CEO Sean Seamer said Boost Mobile has a passion for standing out from the crowd and 'keeping Aussie youth connected' which is exciting news for the Championship.

"We are seeing a new breed of fans engaging with the sport, with the biggest gains in fan interest amongst the 18-24 age group (up +6%) – which is a key market for Boost," Seamer said.

"Peter and his team have supported Supercars for a long time through various partnerships and we are thrilled to have them on board as our Official Telco Partner and naming rights partner of the Boost Mobile Gold Coast 500."

Boost Mobile's new partnership with Supercars is a logical alignment according to founder, Peter Adderton.

"I have long been a passionate supercars fan and have been vocal as most know, but after several meetings with Sean Seamer I saw how passionate the team at Supercars is around making the desired changes to keep improving the supercar experience for the fans and viewers and knew Boost had to be involved in the future of Supercars as their Official Telco Partner," Adderton said. 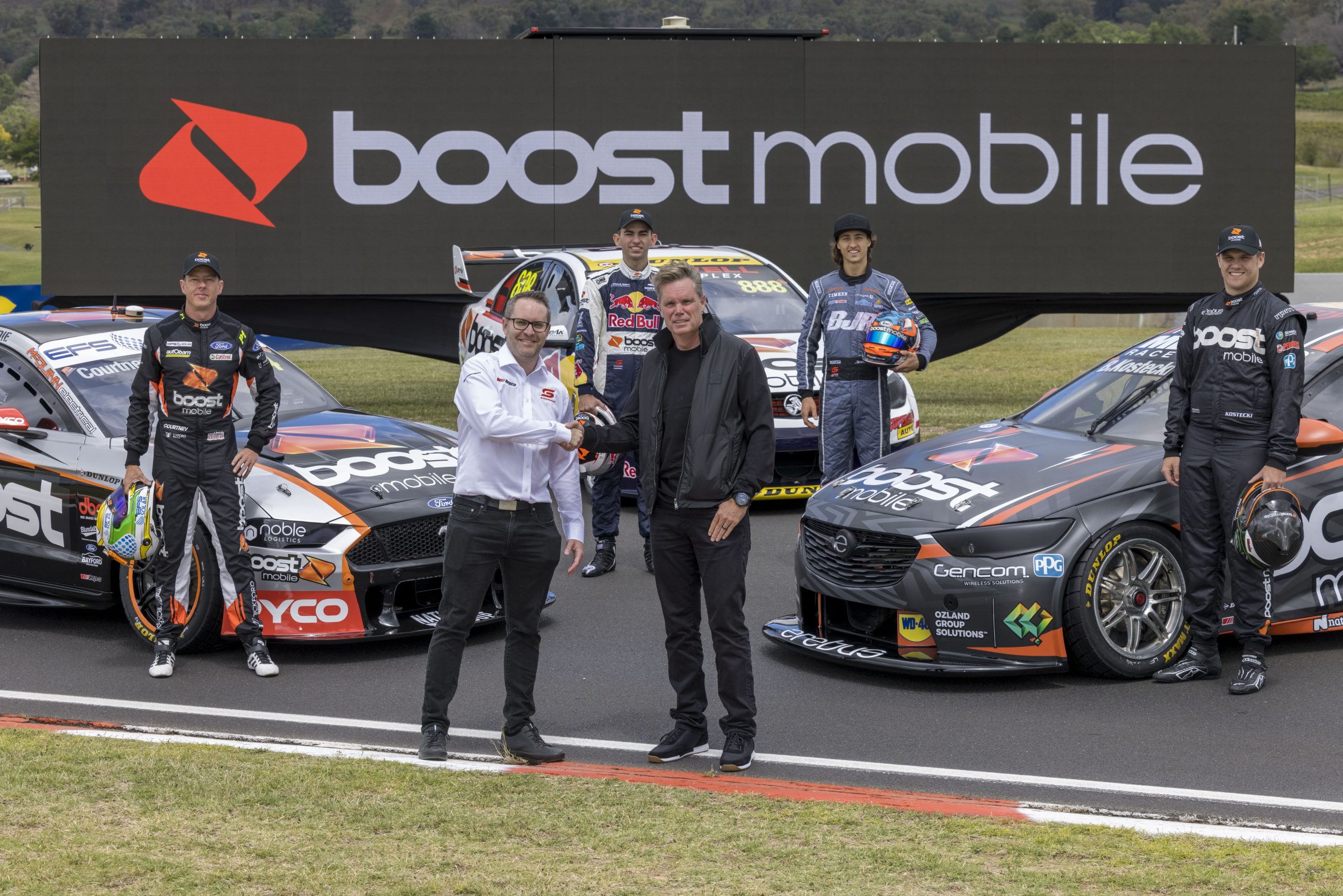 "We also discussed how Boost Mobile can assist in attracting a youth market and how we can do things differently to help support the growth with Boost Mobile as we are with our younger drivers and teams.

"Now becoming the Official Supercars Telco partner, we are excited to work with Supercars management and their broadcast partners to enhance the mobile fan experience."

Boost Mobile has a long association with Supercars dating back to the first ever international event for the series held in New Zealand 19 years ago.

"The last time Boost Mobile had a naming rights sponsorship of a Supercars event was 2002,” Adderton said.

"The Gold Coast street race is an iconic event, and we are proud to be the naming rights sponsor of the Boost Mobile Gold Coast 500.

"Our brand is going from strength to strength and this is yet another way we can help introduce people to Boost brand and the incredible service we offer."

"We have been real with our consumers for 20 years now, which matters more than anything to us. We wake up and fight every day for our consumers, and even after 20 years our passion and knowledge continues to resonate with Aussies who want a fair deal, a trusted brand and access to the best and biggest network.

"This year Boost Mobile will have a strong presence on and off the track at Repco Supercars Championship events. Drivers James Courtney, Brodie Kostecki and Macauley Jones will adorn Boost Mobile along with Dunlop Super2 rising star Broc Feeney, who were all a part of today's partnership announcement at Mount Panorama on the eve of the Championship opening event.

The Boost Mobile Gold Coast 500 is the season finale for the 2021 Repco Supercars Championship and will run on the streets of Surfers Paradise from 3-5 December.

Boost Mobile offers one of the most accessible and reliable prepaid mobile services available to Australians, through expansive coverage from the full Telstra Mobile Network.

25/02/2021
Stay In The Know
Sign up to the Repco Supercars Championship Newsletter
We use cookies to ensure that we give you the best experience on our website. If you continue to use this site we will assume that you are happy with it.Ok