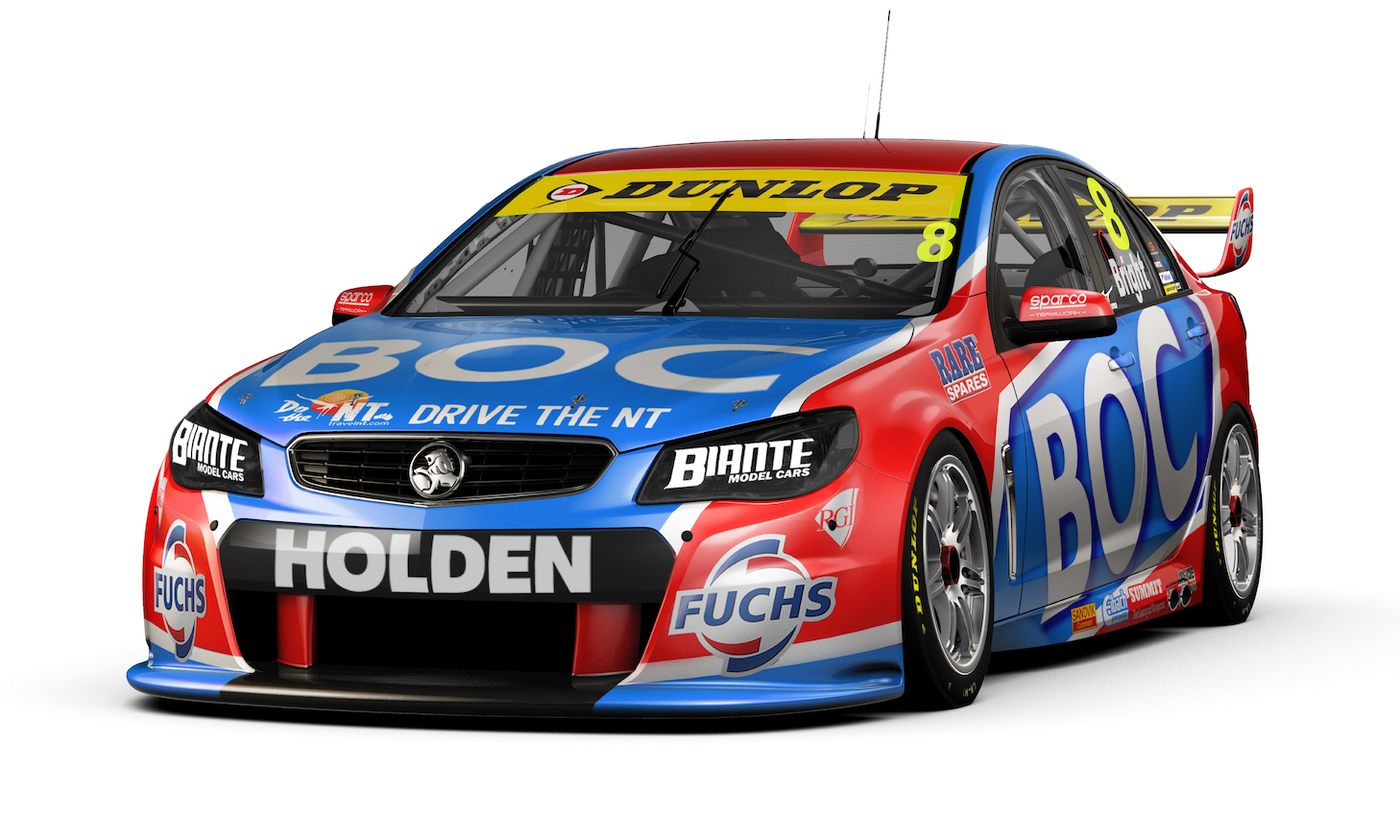 Team BOC is the latest V8 Supercars team to reveal war paint for the 2016 season.

After his milestone year in 2015 – claiming his 50th V8 Supercars podium and 500th championship race start – Jason Bright lines up for his seventh season with the team.

Bright’s is the final Brad Jones Racing V8 Supercars Championship livery to be realised for the team, and will debut on one of the two brand new chassis currently being built in the Albury workshop.

This car will be Bright’s third next gen chassis – BJR 006 (yet to be named).

“It’s always nice to get a new car and the preparations are coming along really well. The crew have had a little bit longer to build this car than they did with ‘Brodie’,” Bright said in reference to his last chassis, built hurriedly between the Clipsal 500 and Australian Grand Prix in 2014.

The chassis it replaced has miraculously been repaired and sits as a potential spare in the BJR workshop.

“I felt like we were moving forward at the end of last year and we need to take that momentum into the start of this season," Bright continued.

"We want to improve on last years’ results and be battling for podiums like we did at the end of 2015.”

Of the three drivers in the team, Bright is the only constant in 2016, with Tim Slade and Tim Blanchard joining the group.

“I’m excited to be working alongside the two Tims this year,” Bright said.

“They’ll fit into the team really well and I think they will hit the ground running. There have been a lot of changes up and down pit lane and I feel like we will be a competitive group.”

Bright thanked BOC for its continued support and looks forward to showing off the #8 V8 Supercar at the team’s upcoming test day at Winton on February 22.

“Working with BOC over the years has been fantastic – throughout the year I get to meet so many of their staff and customers, both at their offices and at the Gas and Gear stores,” he said.

“They are passionate about the V8s and love seeing the Team BOC car on track. For them to be on board with the team for so many years is a big deal, we must be doing something right.”