Brad Jones Racing will have two Freightliner backed Holdens on track this weekend as it aims for a repeat success at the Winton SuperSprint.

The truck brand has upped support to include Nick Percat’s #8 Holden alongside the #14 Tim Slade entry.

A black and yellow paint scheme for Percat was unveiled this evening at the Hartwigs Freightliner Dealership in Albury. 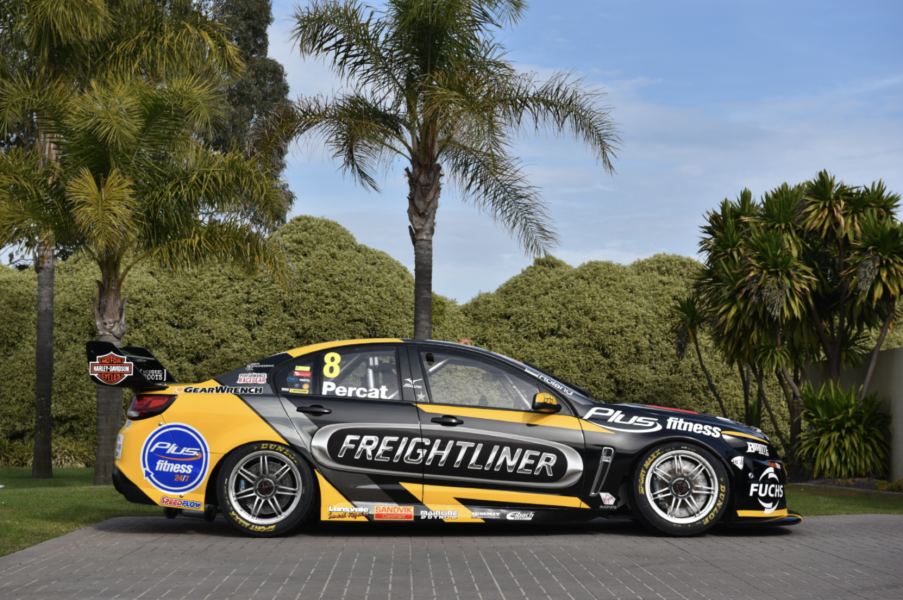 Percat hopes to build on Slade’s success at Winton last year, where he won both races in impressive style.

“It would be a dream to get both of the Freightliner Racing Commodores on the podium this weekend. I know the team and I will be doing all we can to get up the front.

“After the success Tim Slade had last year the guys and girls at Freightliner Racing are really excited to go back to their home track of Winton; as am I.

“The BJR cars have had some good results here in recent years and it would be good to continue that trend, especially after the run we’ve had so far this year.”