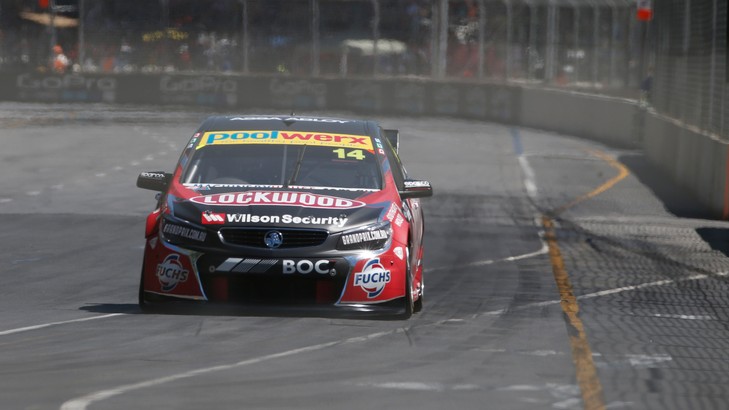 Some teams are hard at work repairing damage after the day’s final practice session, with ARMOR ALL Qualifying to follow in under an hour.

"We have just been going about our plan, making the car better and better as the day has gone on," Coulthard told v8supercars.com.au.

"But there are a few quick cars out there so until we do qualifying this afternoon, we will only know then how we really stack up.

"But it is all going in the right direction. We have moved up and up and up in each session, just going about our business.

"We will fine tune the car for qualifying. I wouldn't say there is anything big we can do, but the car is never perfect."

Garth Tander was the first into the treacherous turn eight, his Holden Racing Team Commodore suffering from damage on its first flying lap around the 3.22km street circuit.

Erebus AMG’s Will Davison and Nissan’s James Moffat pummeled the tyres at turn one, damaging the front right of the Altima.

“It’s mainly cosmetic damage, it tore the front bumper off the car. We’ll be right for qualifying… We’ve got some work to do but hopefully we can get amongst it.”

Scott Pye was the final victim at the circuit, making contact at turn six with his Wilson Security backed Falcon.

The 30-minute session was punctuated by one red flag with 11 minutes to go, to clear debris off the circuit.

Stay tuned to v8supercars.com.au for the ARMOR ALL Qualifying session at 3pm local time.

No Favouritism at HRT