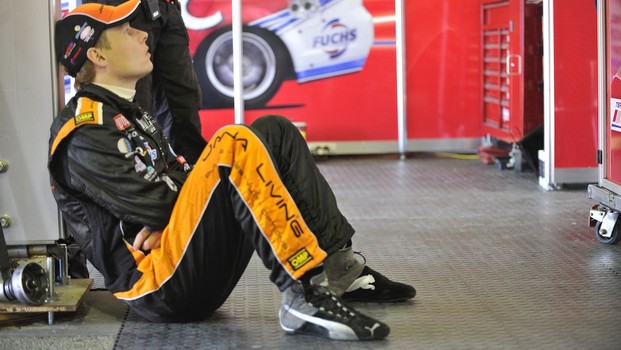 Sadness has touched the world of motorsport this week with the tragic news of Allan Simonsen's death during the famous Le Mans 24 Hour race in France on Saturday.

Simonsen, who was due to join Wilson Security Racing's David Wall in V8 Supercars' Season of Endurance later this year, was a friend to all at Brad Jones Racing after joining the squad as Jason Bargwanna's co-driver in the 2011 Gold Coast event.

In 2011 BJR was shaken by the death of regular driver Jason Richards after a short battle with cancer. The team now runs a tribute to Richards on each of its cars every time they compete and team Co-Owner Brad Jones says the Sandown 500, Bathurst 1000 and Gold Coast 600 will see a similar tribute to Simonsen later this year.

Simonson was 34 years old and leaves behind a partner and one-year-old daughter.

“I was incredibility shocked and saddened to hear of Allan's passing at Le Mans,” Jones said.

“I have known Allan for a number of years and always felt he was an extremely fast, talented driver.

"On behalf of all the employees at BJR I would like to pass on our condolences to Allan's family. His work ethic, speed and professional attitude marked him as a driver BJR was keen to work with in the future. Moreover he was a great bloke and a gifted racer taken way too early in life. RIP."

24/06/2013
Related Content
RIP Allan Simonsen  ›
23/06/2013
15' Team BOC and Freightliner Racing ›
2013 Wilson Security Sandown 500  ›
2013 Supercheap Auto Bathurst 1000  ›
2013 Armor All Gold Coast 600  ›
Stay In The Know
Sign up to the Virgin Australia Supercars Championship Newsletter
We use cookies to ensure that we give you the best experience on our website. If you continue to use this site we will assume that you are happy with it.Ok