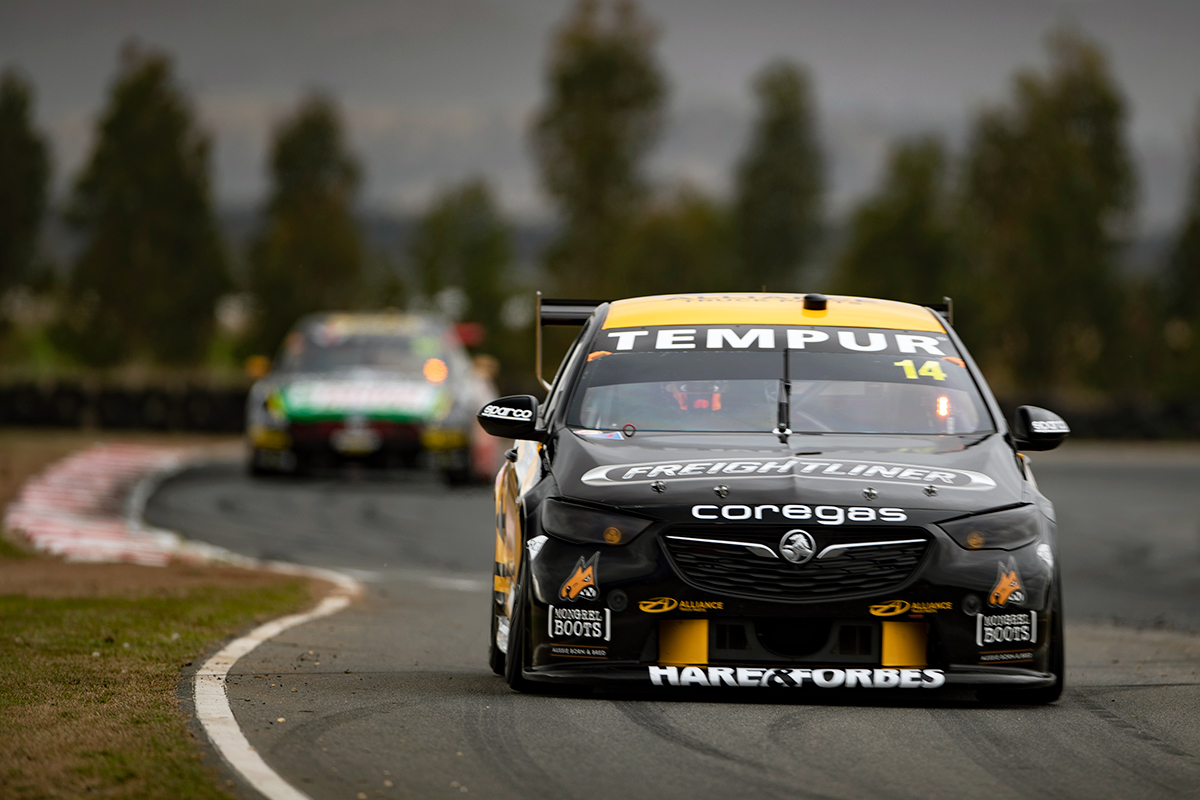 Brad Jones Racing has moved into the lead of the 2019 PIRTEK Pit Stop Challenge, a third of a way through the regular season.

The #14 was second in the order after the opening two races at Albert Park, behind Kelly Racing's Andre Heimgartner entry, but now leads.

Slade's time from pit-entry-to-exit on Saturday at Symmons Plains was 35.7834 seconds, the fourth-best in the field.

It means his crew moves to 65 points and a five-point advantage over a pair of Tickford Racing entries after three of the nine points-scoring races.

Following the last at Tailem Bend in August, the top four teams will contest a televised grand final at the Supercheap Auto Bathurst 1000, vying for the $20,000 major prize.

The defending winner, Scott McLaughlin's #17, though, remains at the foot of the order.

Shell V-Power Racing's Mustangs of McLaughlin and Fabian Coulthard finished the race first and second, but were only 17th and 16th-fastest through pitlane after slow left-rear changes. 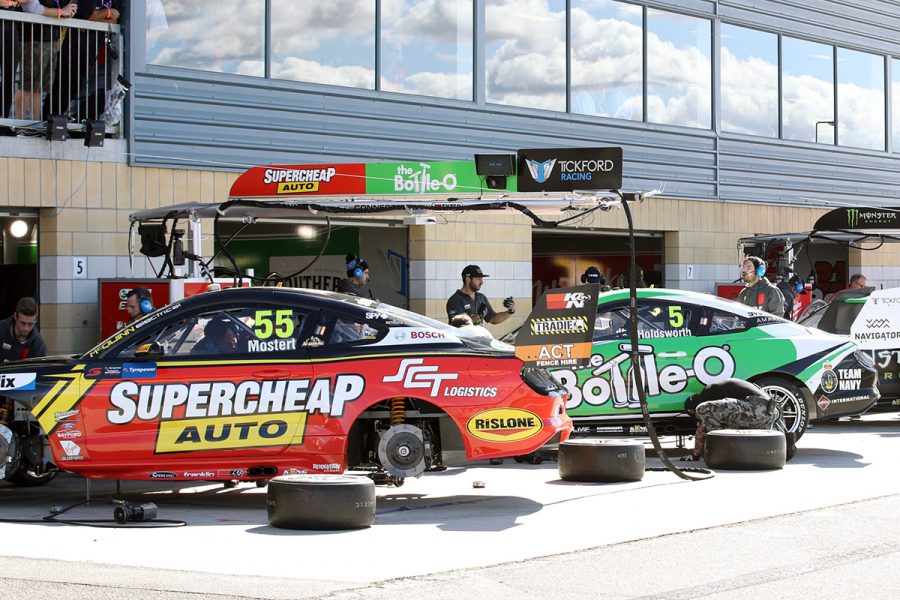 Tickford Racing's Chaz Mostert and Lee Holdsworth crews are second and third in the overall standings, both on 60 points after three races.

The pair, who share a garage, personnel and boom in pitlane, took third and fifth in the Symmons Plains order.

Fastest of all was Jamie Whincup's #88 by a commanding 1.683s, on a day he finished two laps down after early contact with Mostert.

That was helped by the Red Bull Holden Racing Team only changing two tyres, rather than the otherwise-standard four, during a late pitstop.

Whincup's crew is fourth in the order, ahead of three Kelly Racing entries; Heimgartner's #7, Rick Kelly's #15 and Simona De Silvestro's #78.

Kelly was second in Symmons behind Whincup, and erstwhile leader Heimgartner 12th.