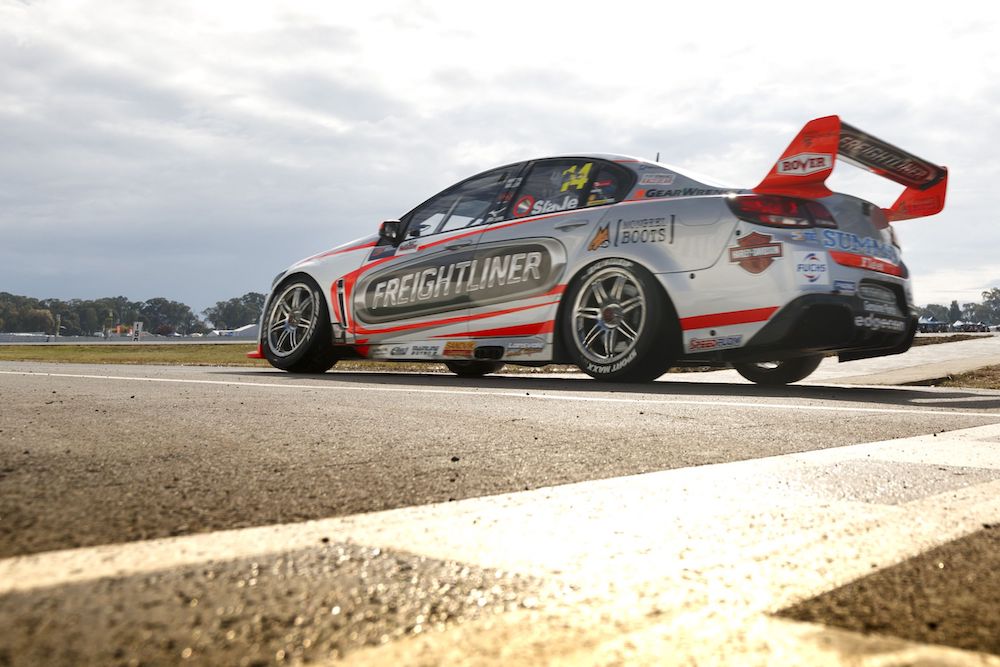 Brad Jones Racing will undertake its final test of 2017 today at Winton with its three Virgin Australia Supercars Championship entries.

The Holden outfit did not test across the back half of the Supercars season, its last visit to Winton coming in early August and its subsequent pre-enduro efforts washed out.

While Prodrive - albeit with two Falcons rather than four - and Preston Hire Racing visited the circuit for rescheduled tests last month, BJR opted to run after the Newcastle finale.

It is expected to be the last test by a Supercars team for the year, although three outfits are currently involved in the ZB Commodore’s straightline homologation running.

BJR has announced it will switch engine suppliers from Noonan Race Engines to KRE in 2018, but work on that swap will take place over the coming months, with Noonan power remaining for the Winton test.

Team owner Brad Jones admitted the team was not heading to its home circuit with the longest list of things to try, or a clear focus for next year.

“Honestly, the reason we’re testing now is because we got rained out twice and we’ve got a day and there’s no point wasting it,” Jones told Supercars.com.

“We don’t have that much new stuff to test, it’s just making sure we use the day and make the most of the opportunity, be honest.

“This day’s just to verify a couple of theories we have. It’s just like a normal test day."

The outfit will stay on at Winton to complete an Evaluation Day on Wednesday across its Virgin Australia Supercars Championship and Dunlop Super2 Series Commodores.

Its Super2 regular Jack Smith will drive a main game entry, while rival Bryce Fullwood will turn laps with BJR having spent the back half of 2017 in an MW Motorsport Nissan.

“Bryce is a great little driver, I obviously used to be able to see him at the go-kart tracks when I was there with Macca,” Jones said of Fullwood, who has progressed with his son Macauley.

“There’s an opportunity to give him a run in the car, so it’ll be interesting to see how he goes."

Australian Formula 4 champion Nick Rowe will complete his prize test with BJR, alongside former F4 rival Zane Goddard, who spent 2016 in British Formula 4 and this season in the Formula Renault 2.0 Eurocup.

Sportscar pair Ricky Capo and Garnet Patterson - who have most-recently raced in Europe and Asia respectively - complete the line-up.

“I think it’s a great opportunity for Nick to get in the car,” Jones said of Rowe.

“I bumped into him in Las Vegas when we were over there at SKUSA (Superkarts Nationals) and he’s really excited about the prospect of having a run in the car.

“I’ve known Ricky and his father Frank for a long time. It’ll be interesting to see how those guys go as well.”