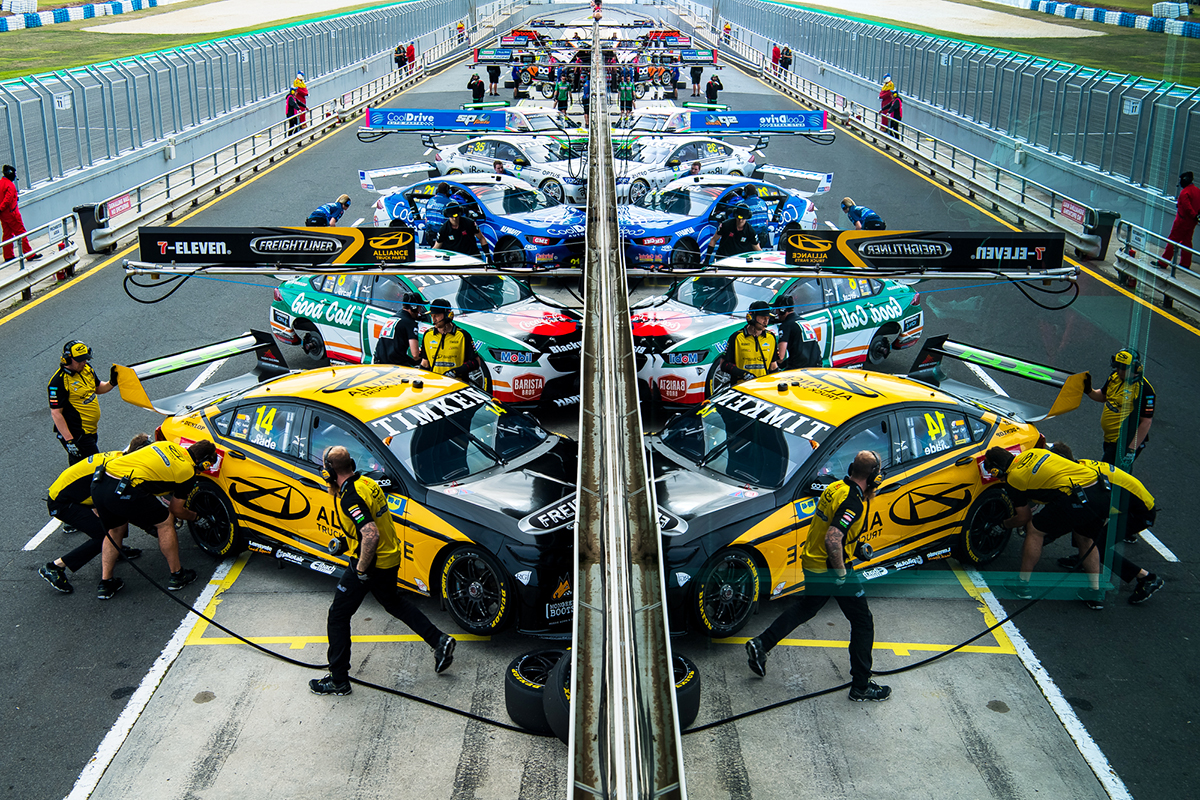 The Brad Jones Racing crew of Tim Slade built its buffer at the top marginally, from five points to six, in the fourth of nine regular rounds.

Jamie Whincup's #88 was fourth on the leaderboard, seven points behind Slade's #14, but is now eighth and 25 adrift.

That is the result of a non-score at Phillip Island, for his Commodore shedding a wheel following a botched pitstop in Saturday's race that formed part of the competition.

After The Bend SuperSprint, the top four teams in the standings will progress to the televised grand final at the Supercheap Auto Bathurst 1000, with $20,000 on the line.

Fifth in the order was BJR's other entry of Nick Percat, the big mover at Phillip Island.

The 7-Eleven Commodore was quickest through pitlane with a time of 48.4844 seconds to gain three places.

Penrite Racing took fourth and fifth with its David Reynolds and Anton De Pasquale Commodores, aiding the former's move from 12th to fourth in the race.

Occupying the top three places in the points score, the crews of Slade, Mostert and Heimgartner were seventh, eighth and ninth fastest.

Slade's #14 is the only entry that has been in the top 10 in each of the four points-scoring races.

There was more misery for Shell V-Power Racing, the winner of the PIRTEK Pit Stop Challenge in 2017 and '18, at Phillip Island.

Both of its Mustangs were excluded from the PPSC points for breaching pitstop requirement that the line-locker be deployed while a car is raised.

The infringement was caused by the engines stalling, although the Fords went on to claim a Scott McLaughlin-led one-two in the race.

It leaves the #12 of Fabian Coulthard and #17 of McLaughlin sitting 21st and 24th in the order.

McLaughlin's entry is 60 points off a top-four place with five events left, the next in Race 11 at next month's PIRTEK Perth SuperNight.