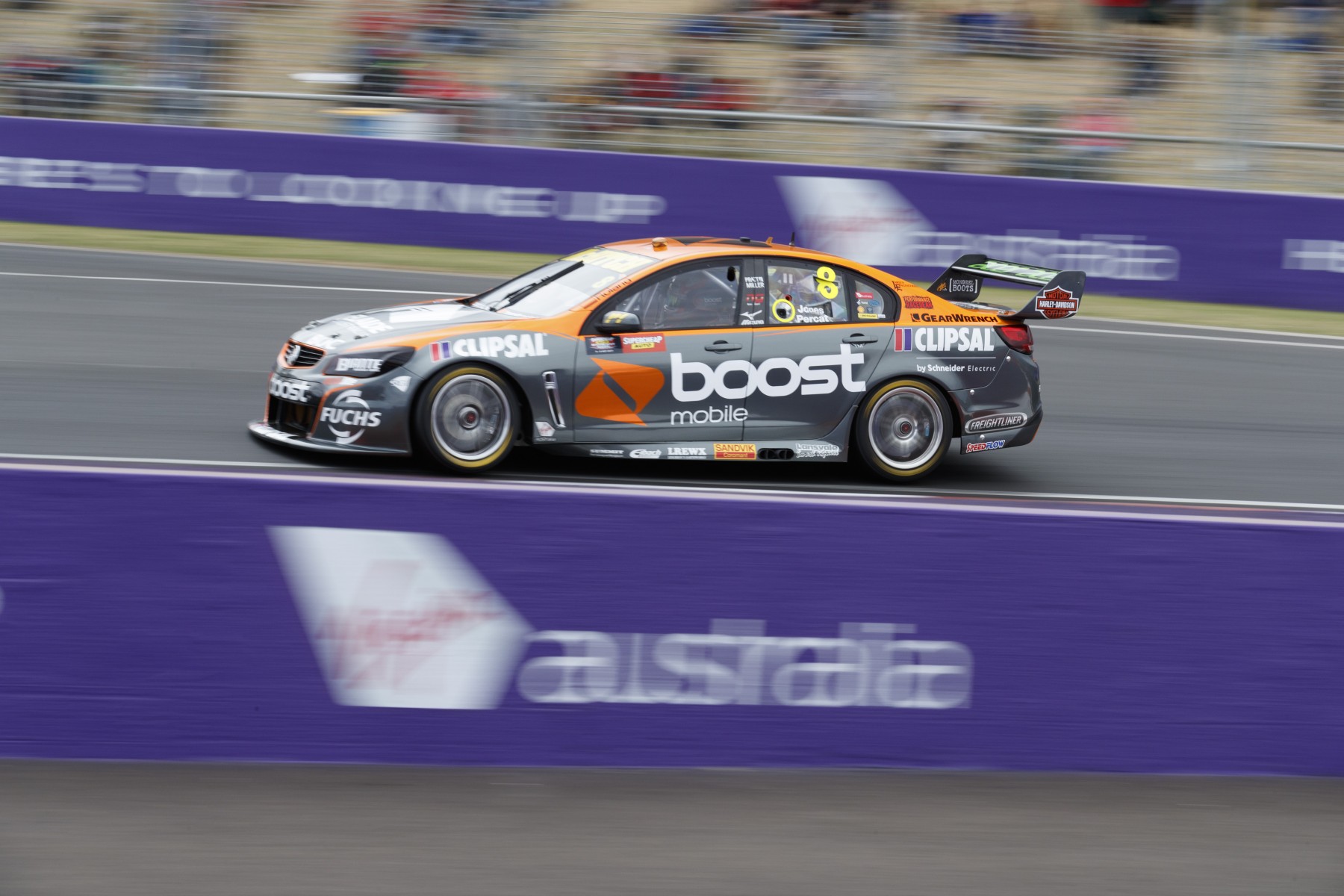 Brad Jones Racing’s #8 Commodore will carry the same livery in consecutive events for the first time this season, in the Vodafone Gold Coast 600.

Boost Mobile will remain on the Nick Percat/Macauley Jones entry for the final leg of the PIRTEK Enduro Cup, after joining BJR at Bathurst.

The car’s silver base provided a point of difference to the matt black on Mobil 1 HSV Racing’s Boost-backed Commodore of James Courtney and Jack Perkins.

Percat led late in the Great Race, but an off at The Chase on lap 156 ended hopes of a podium even before a last-lap crash.

“It was a clever idea to have the two similar liveries at Bathurst, as it kept the Supercars fans on their toes as they’d do a double take to see if it was #8 or #22,” Percat said. “Luckily that didn’t happen with our pitstop crews.

“The Boost Mobile team spent a lot of the weekend with us at Bathurst, and it was great that they enjoyed their time with us so much that they wanted to join us for another round.

“The Gold Coast 600 is such a fun event, the fans have so much to-do with on and off-track entertainment.

“I’m sure plenty of fans will be keeping connected with all the event happenings through Boost Mobile.

“It was a tough day at Bathurst, getting so close to the finish.

“Macauley did a great job, the team made good strategy calls and the car was pretty speedy in the wet conditions.

“It was unfortunate the steering went after getting knocked around towards the end of the race.

“Getting a surfboard at the Gold Coast 600 would be an awesome way for Macauley and I to finish our PIRTEK Endurance Cup campaign.”

Percat was set to contest last weekend’s Race of Stars International Karting event on the Gold Coast, but withdrew to continue physio treatment on his back and ribs following his Bathurst crash.