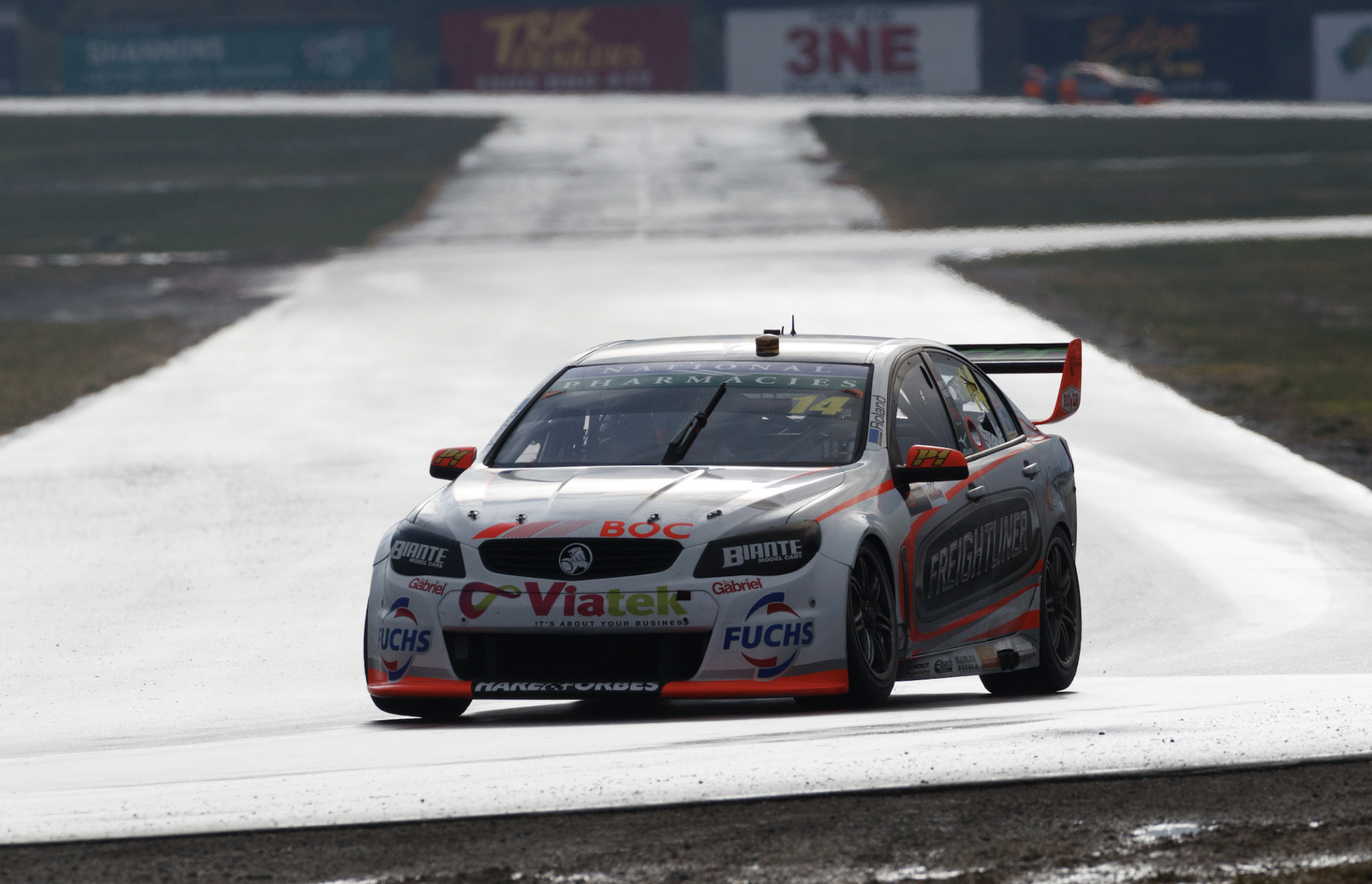 Brad Jones Racing has cancelled plans to test at Winton this week due to forecasts of rain at the rural Victorian circuit.

The Albury-based squad was scheduled to run all six of its Virgin Australia Supercars Championship and Dunlop Super2 Series entries at Winton tomorrow (Tuesday).

While it also had Wednesday pencilled in as a back-up, the team made the decision this morning to reschedule for August 8.

Engineering manager Andrew Edwards told Supercars.com that, although testing before the July 28-30 Ipswich event would have been ideal, the risk of bad weather was too great.

“We thought that the forecast was strong enough that the likelihood of getting any meaningful testing in the next couple of days was very, very low,” explained Edwards.

“With the weather the way it is, the track doesn’t dry well and because there’s no one else testing, if it’s wet in the morning you’ll lose half a day before it even dries.

“It’s not worth the risk and if we waited longer than two days it cuts our Ipswich preparation short, so we decided to give a go again after the race meeting.

“It’s a shame because we had a lot of good tests lined up. We’re at the point where we really need to do a test to understand some of these concepts better.

“We thought after Darwin we’d made some good little gains and I think they’re still there, but it’s more about putting the pieces together at the moment.

“This test day would have allowed us to do that to some degree, but we’ve still got some practice time at Ipswich that we’ll try and make the most of.”

BJR appeared to have shaken off its rough start to the season at Hidden Valley where Nick Percat scored the squad’s first podium in 12 months.

Although Percat qualified seventh on Saturday in Townsville, hopes of a similarly strong race result ended with an early crash.

BJR’s qualifying form then took a major dip on the Sunday, where 18th for Tim Slade – who eventually retired from the race with engine failure – was the best the team managed. 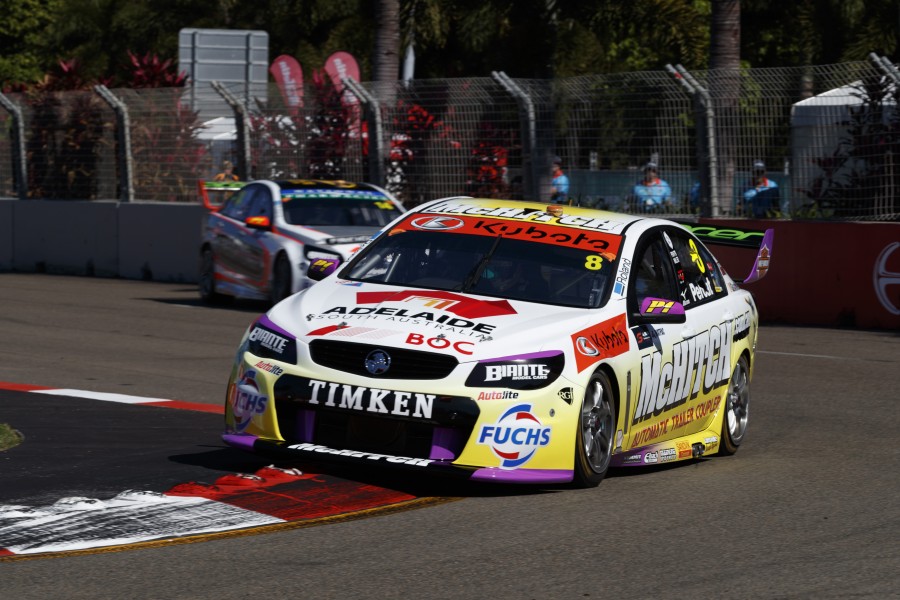 Percat and Slade in Townsville

Edwards says that the tightness of the mid-pack has made consistent results harder to achieve than ever this season.

Like all teams BJR has been evolving its cars throughout the year and knows it must make the most of its testing allocation.

The team elected not to join the likes of Triple Eight, Shell V-Power, Prodrive and Garry Rogers in testing before Hidden Valley while it prepared more items to evaluate.

“Fundamentally the set-up has changed since the start of the year and we’re still working through that,” continued Edwards.

“There haven’t been huge geometrical changes, but we are running the car differently to how we would normally run.

“Even if we hadn’t changed tyre at BJR we needed to change some things to make a step up.

"The (new construction) tyre is an extra complication in that which has forced its own changes.

“We’re just trying to get to the bottom of it all and make it all work together at the moment, but I see the light at the end of the tunnel and that’s the main thing.

“I’ve never had a season like this with the amount of crashes, DNFs, failures. It’s been difficult, but that’s not an excuse.

“We’re working as hard as we can to be better and we’re all pretty positive here that we can compete at the front.

“A few test days would help us understand some things at the moment.”

The team’s attention now turns to Queensland Raceway, where Slade picked up a pair of top 10s in 2016.

“There’s probably only one car in the whole field that can say they’re confident going anywhere at the moment,” said Edwards of Ipswich.

“I feel like we can be in the top 10, that’s our target, but we’ve got to go there and do the business.”