Brad Jones Racing has been handed a $5,000 fine and deducted 30 Supercars teams' championship points for losing a wheel and brake assembly in pitlane at the Gold Coast 600.

The Holden team's #14 Freightliner Commodore of Tim Slade and Ash Walsh lost its right-rear wheel as Walsh exited the pitbay during the first round of stops under Safety Car conditions.

As the wheel bounced back towards garages and team personnel, the car dropping onto its belly, snapping off the right-rear brake disc.

After repairs and serving a drive-through, Slade and Walsh were three laps down and classified in 21st place, having started and been running 14th.

Stewards continued a further investigation, which came with additional sanctions.

"Following a post-race DRD investigation in relation to Car #14’s pit stop during the Race and an admission by Brad Jones Racing of a breach of Rule A4.4 (Safety – Each Competitor is responsible for all safety aspects of the Team), the Stewards imposed a further penalty of a Fine of $5,000 and the Loss of 30 Teams Championships on Brad Jones Racing," the stewards' report read. 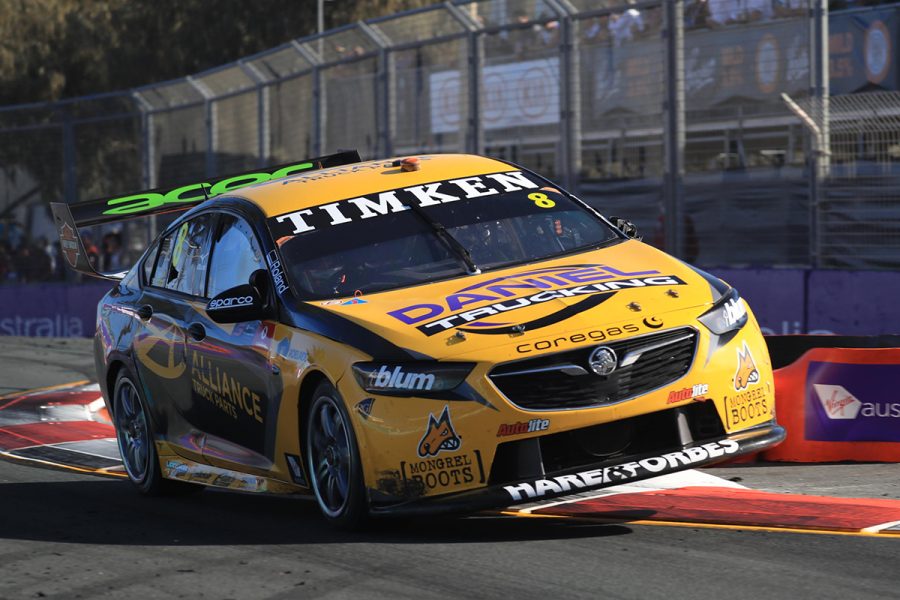 There was better news on the other side of the garage, with the Alliance Truck Parts Holden of Nick Percat and Macauley Jones finishing sixth.

The pair started seventh, thanks to Percat's effort in the ARMOR ALL Top 10 Shootout, with Jones running strongly through his two stints.

Percat took over for the run home, sixth following a seventh-place finish for the #8 entry at Bathurst.

"It was a good result today but we ultimately want to leave the Gold Coast with a couple of the famous surfboard trophies," Percat said.

"We’re ticking boxes, moving forward and get to take away some good points from today’s race.

"We’ll be on the hunt again tomorrow to see what we can do.

"Macauley did most of the work behind the wheel today, and the guys on the team have done a great job to keep our car fast all weekend.

"All round a great job by everyone here this weekend."