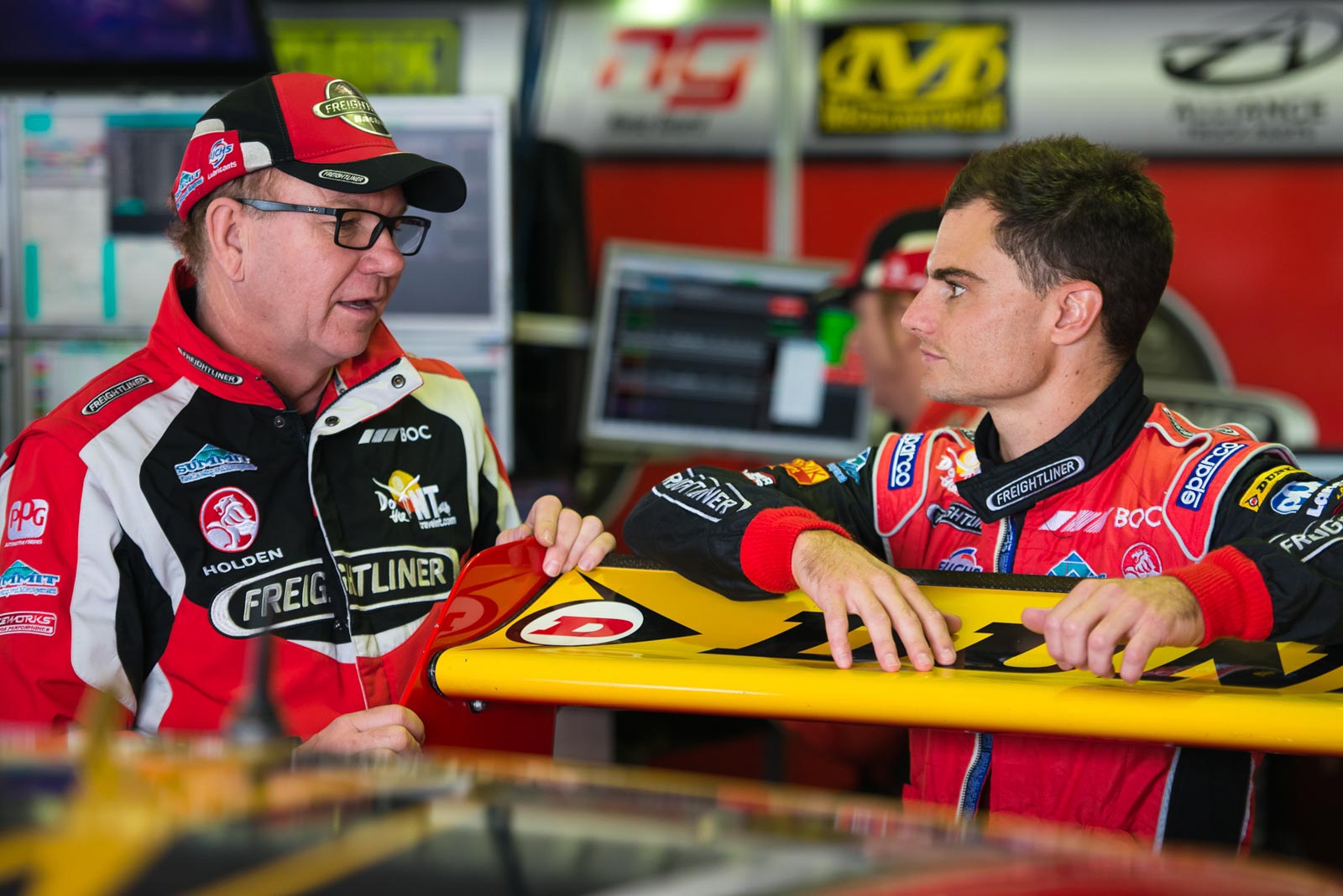 Brad Jones hopes history will be on his team’s side as it prepares to test Dunlop’s new construction tyres for the first time.

Brad Jones Racing dominated the Winton SuperSprint round in 2016 with Tim Slade taking advantage of the high grip conditions offered by a resurfaced layout.

The team also won races in three of the first five events of the 2013 season when Next Generation car was introduced.

With Dunlop’s tyres reportedly offering more grip and marking one of the most significant technical changes to the category in years, Jones is banking on some pre-season decisions to help it adapt quicker than rivals.

“The big thing is we haven’t had to build new cars, so we’ve just really been chipping away at some bits and piece to hopefully help us with our transition to the new tyre,” Jones told Supercars.com.

“So we’ve just been dotting Is and crossing Ts to make sure we’re on top of the game rather than be flat out building new cars.

“They (the tyres) look like they generated more grip in the test (undertaken by the category last year).

"I agree with those that are saying that whoever gets on top of the tyre first will be the key to the 2017 season.

“I’m hoping we will be on top of that and our cars traditionally work well where’s the more grip.

“I think after Sydney Motorsport Park everyone will have a better idea of how much work they’ve got to do and where they sit in the packing order.”

Jones meanwhile downplayed the benefits of having three cars and two drivers in Tim Slade and Tim Blanchard continuing on while Nick Percat is the only new face.

“I think for us, because of the way we’ve been with drivers over the years, people came to stay with us for a long period of time,” he added.

“With Sladey and Tim, it took us a little while to get on top of things.

“We had a really good test prior to the season starting at Winton and felt we were absolutely on top of things but we got to Adelaide and realised we weren’t.

“That’s enabled us to have a more open-minded approach with Nick joining the team.

“I think that will help, after going through that process with the two Tims joining the team after having Fabian (Coulthard) and Woody (Dale Wood) here for a couple of years.

“All of those things combined, I think we’re in a position where we can hit the ground running.”

Slade added his experience adapting to the team can help Percat adjust to the surrounds quicker.

“I don’t think it’s a massive advantage having three cars to two,” he told Supercars.com.

“I’d say it’s not. With Nick, it’s all new for him. I don’t know how different the car is to what he’s driven the last few years.

“Some things for him he may be questioning whether it’s the car or tyre being different.

“With me being new to the team last year and having to learn a lot of the car’s traits in the first part of the year, I think that will fast track his learning curve to the new car for him.

“A lot of things last year I was wondering if it was me inducing things or if it was something else.

“We tried a lot of things last year and learned a lot. Above anything else with the tyre, that should be able to help him.”

Tim Slade  ›
2016 DVS Alliance Truck Parts ›
Stay In The Know
Sign up to the Virgin Australia Supercars Championship Newsletter
We use cookies to ensure that we give you the best experience on our website. If you continue to use this site we will assume that you are happy with it.Ok