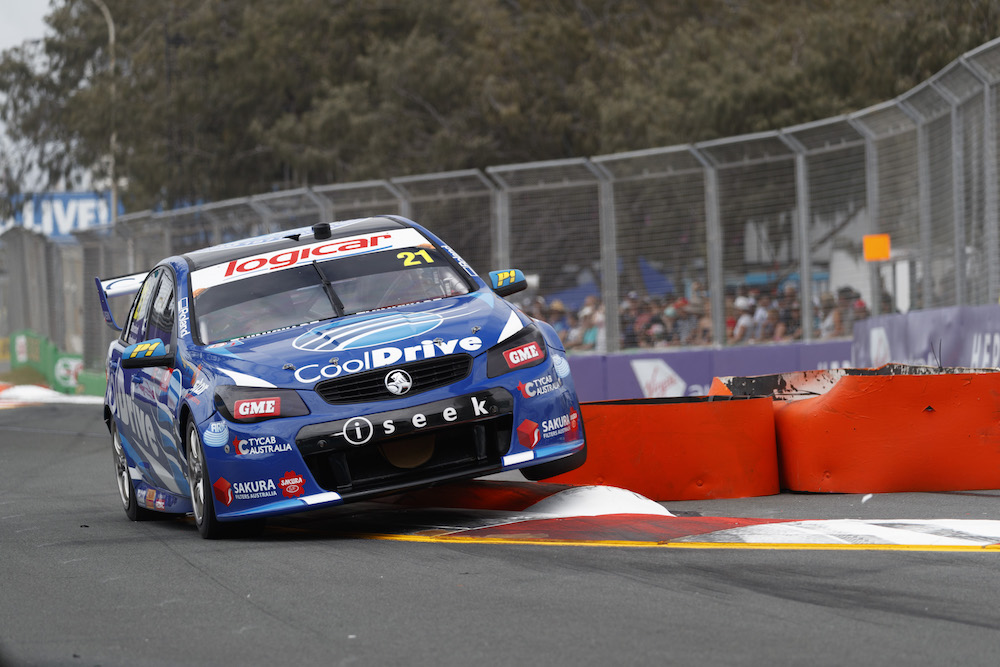 Brad Jones says he’d be “very surprised” if his eponymous team’s current three-driver line-up changes ahead of the 2018 season.

The Albury-based squad currently fields entries for Tim Slade, Tim Blanchard and Nick Percat, who joined the team in 2017 on a multi-year deal.

While Slade is out-of-contract and Blanchard has openly discussed the possibility of stepping down from full-time driving at season’s end, Jones is expecting stability.

“Timmy [Slade] will be here next year and Nick and Tim Blanchard, we’re not looking at changing any of that stuff around,” Jones told Supercars.com.

“I don’t expect anything to change. I’d be very surprised if it does.”

Slade has proven a strong fit at BJR since the South Australian joined the team last year and has risen to the challenge of Percat’s arrival.

With two events remaining, Slade sits 13th in the standings, with Percat 21st and Blanchard 22nd.

“We’ve had a pretty rough year for all sorts of reasons, but the thing I like most about having these three in the team is they all like the same things in the car,” Jones added.

“Nick and Tim [Slade] are very close and normally there’s not a lot of time between those two. It’s conducive to getting the most out of every session.”

Blanchard, however, is yet to make a final call on his future, and Jones has his 23-year-old son Macauley waiting in the wings should a vacancy open.

The team owner stressed that the current plan for Macauley is another season of Dunlop Super2, dismissing suggestions that a fourth car could be added for the youngster.

BJR owns the #8 and #14 RECs that are campaigned for Percat and Slade, while Blanchard purchased his own last year, housing it at BJR as the third entry.

Anticipated movements elsewhere may mean a REC is available, but Jones says he's not had any discussions about expanding.

“I don’t know where the RECs are at currently, it’s just started to come into that silly season, but it’s certainly not something on my radar right now,” said Jones of a fourth entry.

“We’re in the business of running race cars, so I wouldn’t say we’re not interested, but I haven’t spoken to anyone about it.

“If Timmy [Blanchard] decides to step away from the car I’d like to put him [Macauley] in that, but I envisage him doing another year of Super2.

“I think he’s just starting to hit his straps there and at this point, getting another REC and working through sponsorship, there’d be a lot of work involved.”

Macauley Jones is currently in his third full Super2 season, winning the recent non-points event at Bathurst and sitting eighth in the series standings ahead of the Newcastle finale.