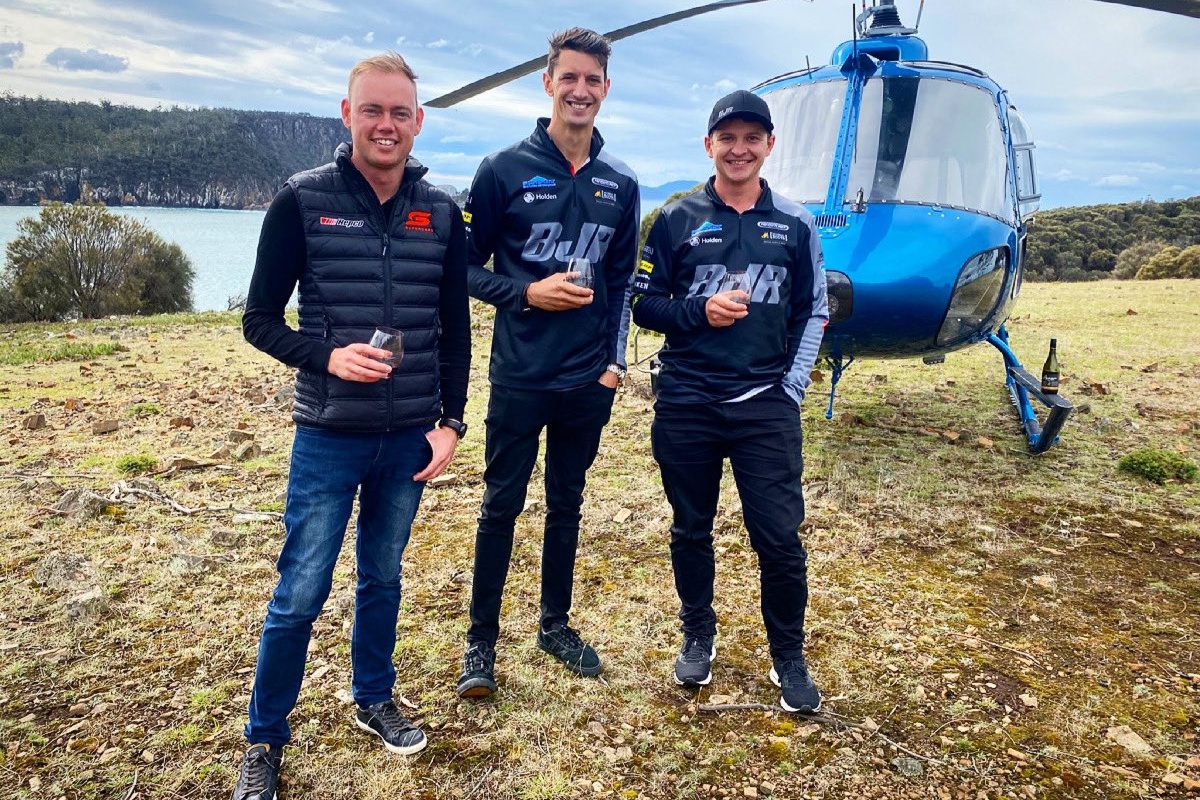 Todd Hazelwood has had some early celebrations for his 100th career race, with a trip to Hobart to help launch next month’s Beaurepaires Tasmania SuperSprint.

Hazelwood and teammate Nick Percat flew to Hobart on Thursday, just over two weeks out from Supercars return to Symmons Plains from April 10-11. 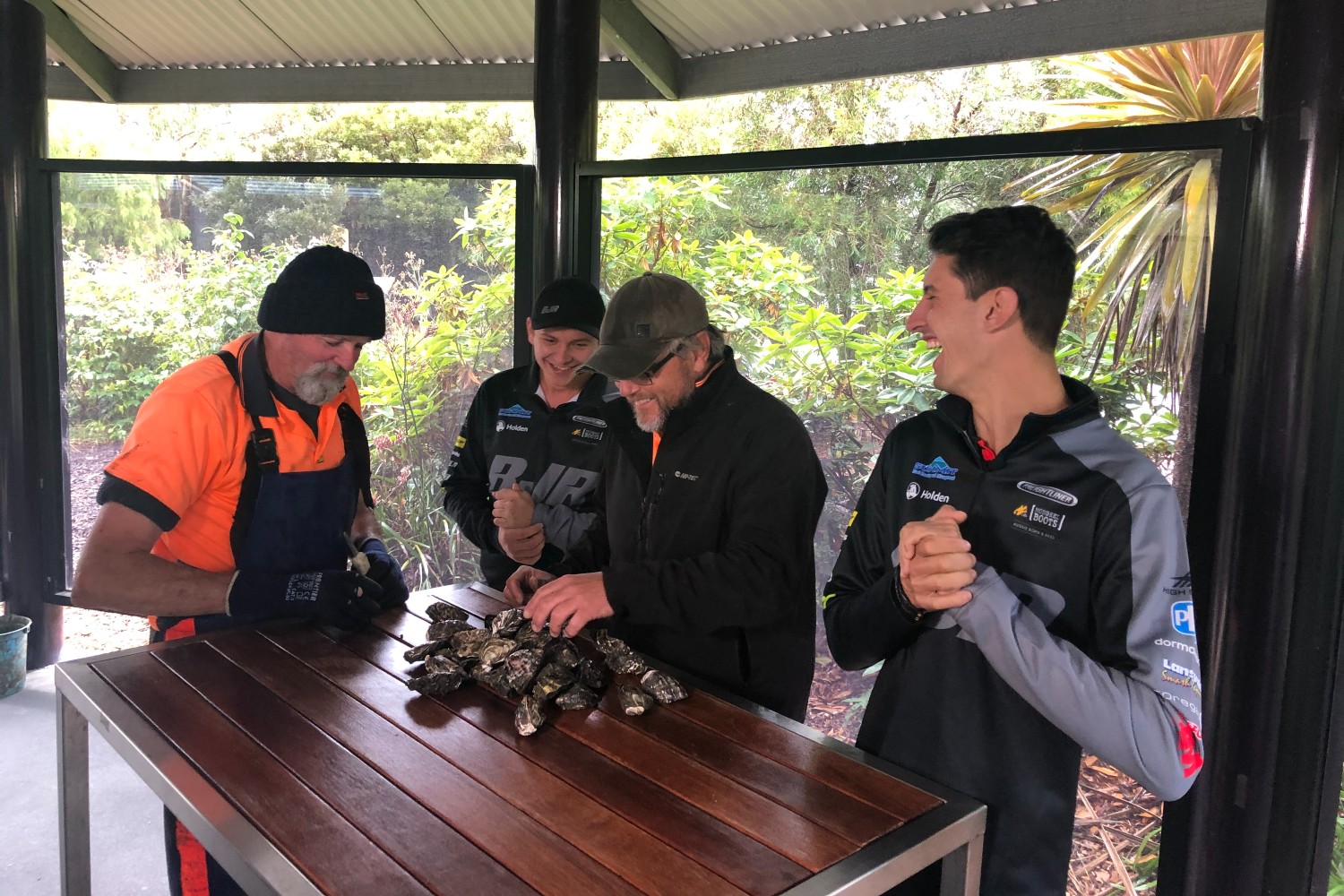 The drivers try some oysters in Hobart

The Tasmanian round will mark the triple-figure milestone of races for Hazelwood, who made his Supercars debut as a wildcard with Matt Stone Racing as a wildcard entry at the 2017 Ipswich SuperSprint, before his Championship debut was made the following year with MSR at home at the Adelaide 500.

The 2017 Dunlop Super2 Champion had his best-ever qualifying result in the Repco Supercars Championship last year in Townsville, claiming his maiden ARMOR ALL Pole Position. 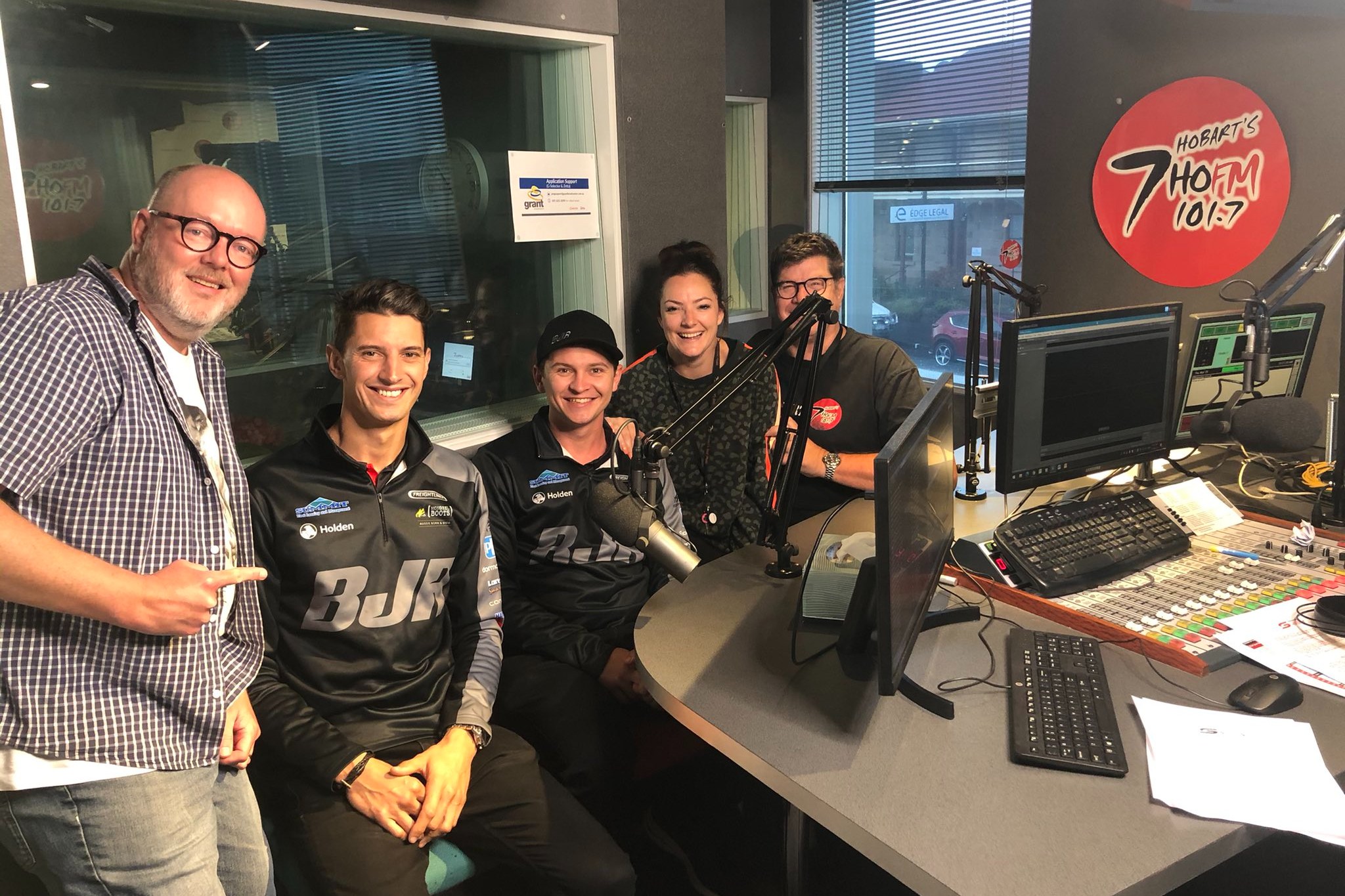 The drivers dropped into 7HOFM in Hobart

In Hobart, the pair did a radio blitz and met with media at the famous Barilla Bay Oyster Farm, where the owner allowed them to taste test some of the fresh oysters and drink the renowned Gillespie’s Hot Spiced Ginger Tea, bottled on site.

The pair continued the trip by flying alongside commentator Chad Neylon with Tasmanian Air Tours (that will be offering helicopter flights over Symmons Plains during the Beaurepaires Tasmania SuperSprint) to Bangor Vineyard to meet with the owner and hear about six generations of farming at the site.

Thursday's activities will be shown in full during the Fox Sports coverage of the Tasmanian event.