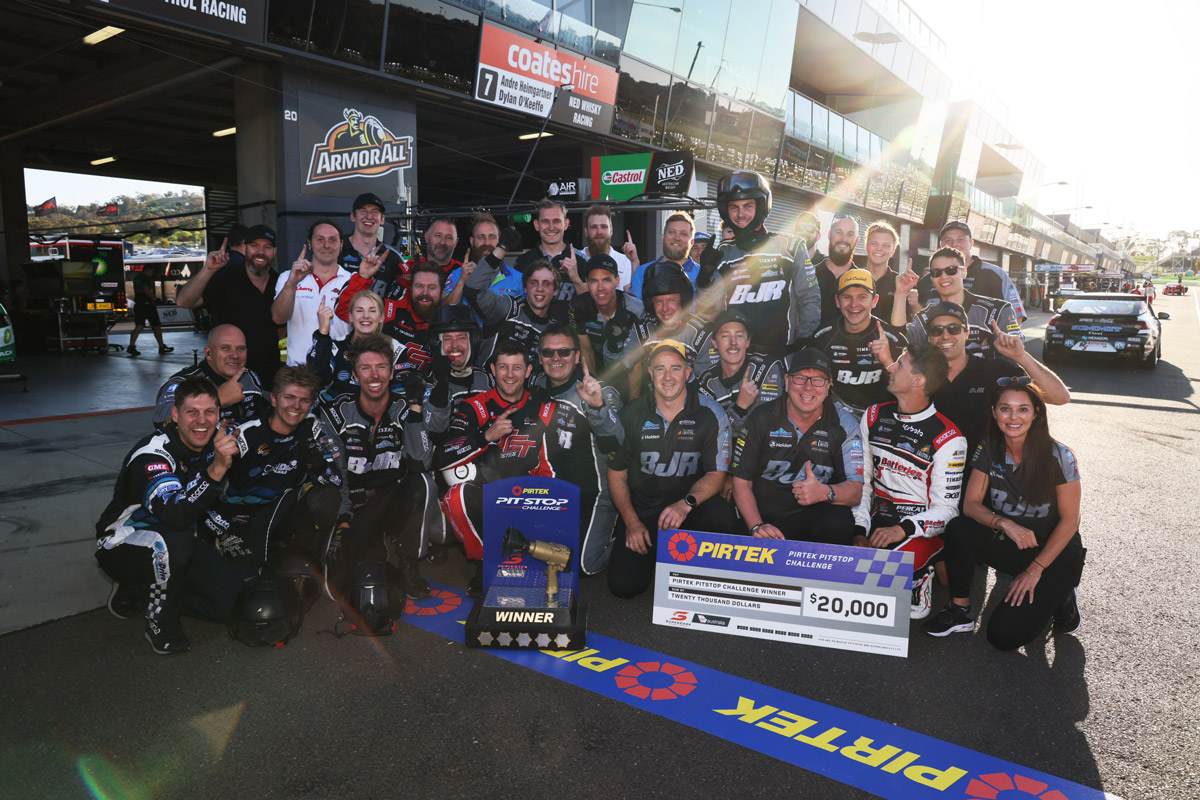 In a rematch of the 2018 decider that saw Roger Penske split the $20,000 winner’s cheque with BJR boss Brad Jones after a tight finish, there was no doubt about the result of this edition.

BJR was guaranteed a place in the grand final by virtue of its Nick Percat and Todd Hazelwood entries being matched up in the first semi-final.

It was Percat’s #8 Holden that progressed, while there was drama in the second showdown between Shell and their arch-rivals the Red Bull Holden Racing Team.

The battle between the #17 and #88 cars of title protagonists Scott McLaughlin and Jamie Whincup ended in a dead heat, forcing a rematch.

The Shell squad got the job done there, but could not quite repeat it in the finale.

“They’ve done a fantastic job,” Jones said of his crew.

“We’ve been in this competition every year and it’s great to get into the final four and to win it twice is unbelievable.”

BJR also won the Golden Rattle Gun trophy last year, with a cleansweep of the top two placings on that occasion.

Pit crews battled it out in every race since the COVID break – bar those affected by a Safety Car – with regular season points being determined in order of quickest transit times for each car’s compulsory pitstop.

Those points were tallied to create a top four for the play-offs.

BJR had reason to smile on the track today too, with Percat ending the opening day of the Supercheap Auto Bathurst 1000 fifth-fastest.