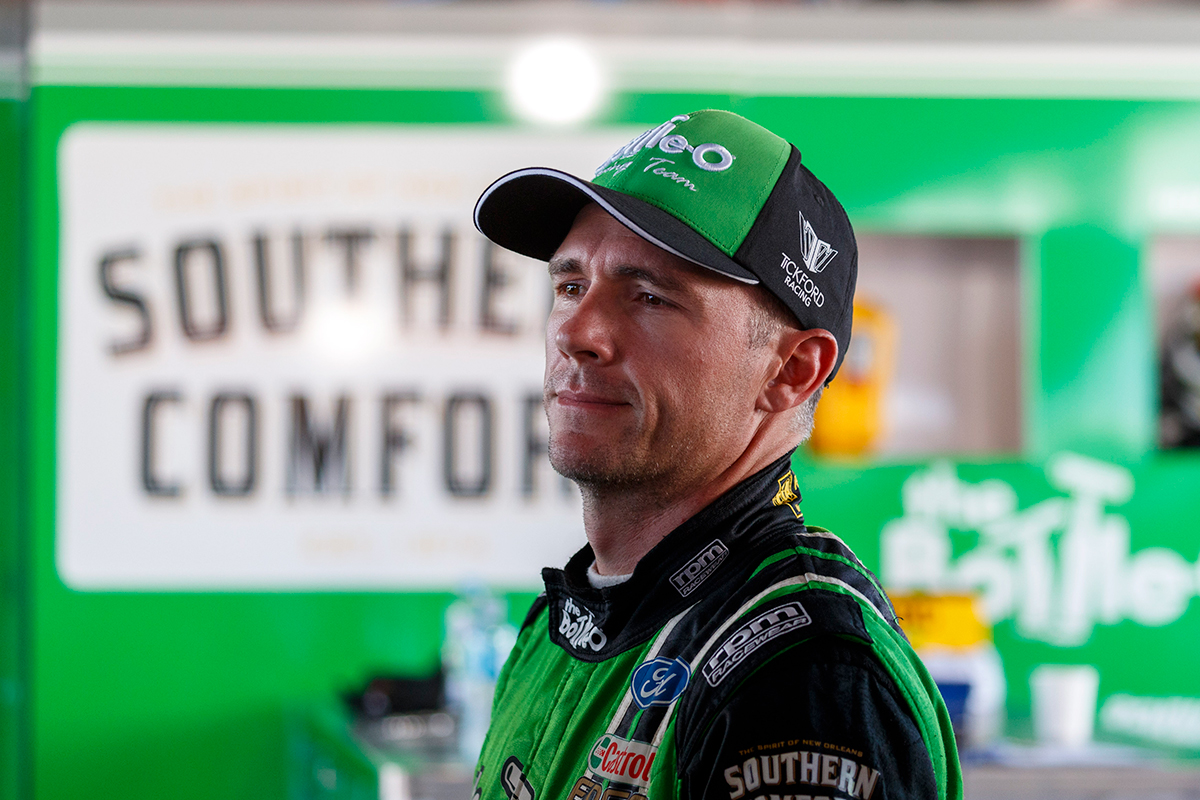 Lee Holdsworth's run of top 10s came to an end when a 'big swing' at his Tickford Mustang's set-up did not pay off.

From the Sunday at Winton to the Saturday at Queensland Raceway, Holdsworth started and finished six-straight races inside the top 10.

However after a season-best fourth on the grid for Saturday's Ipswich race, Holdsworth only managed 12th for the Sunday.

With parc ferme regulations prohibiting corrective set-up changes to The Bottle-O Mustang, he was left to finish "a disappointing day" 14th.

"We took a big swing at it with set-up overnight to try and improve the race balance, and we made a big step backwards," Holdsworth, who took seventh on Saturday, said.

"We were stuck with it for the race, I could feel after quali that it wasn’t going to be a good race car.

"But we’ve learned something from it, I’m looking forward to a test day to sort of open up the toolbox a little bit.

"I suppose the positive thing is we know we can reset and get our consistent top 10 car back.

"But we want more than that, which is why we’re searching and trying these things at the moment."

Tickford will undertake its first in-season test at Winton before the next Supercars event, the OTR SuperSprint later this month.

Holdsworth is 10th in the standings, with team-mates Chaz Mostert fourth, Cameron Waters seventh and Will Davison eighth.

While Mostert claimed a podium each day in Ipswich, Davison led the way on Saturday with second place.

That was the Milwaukee Racing driver's first Supercars podium since he won Bathurst for a second time in 2016. 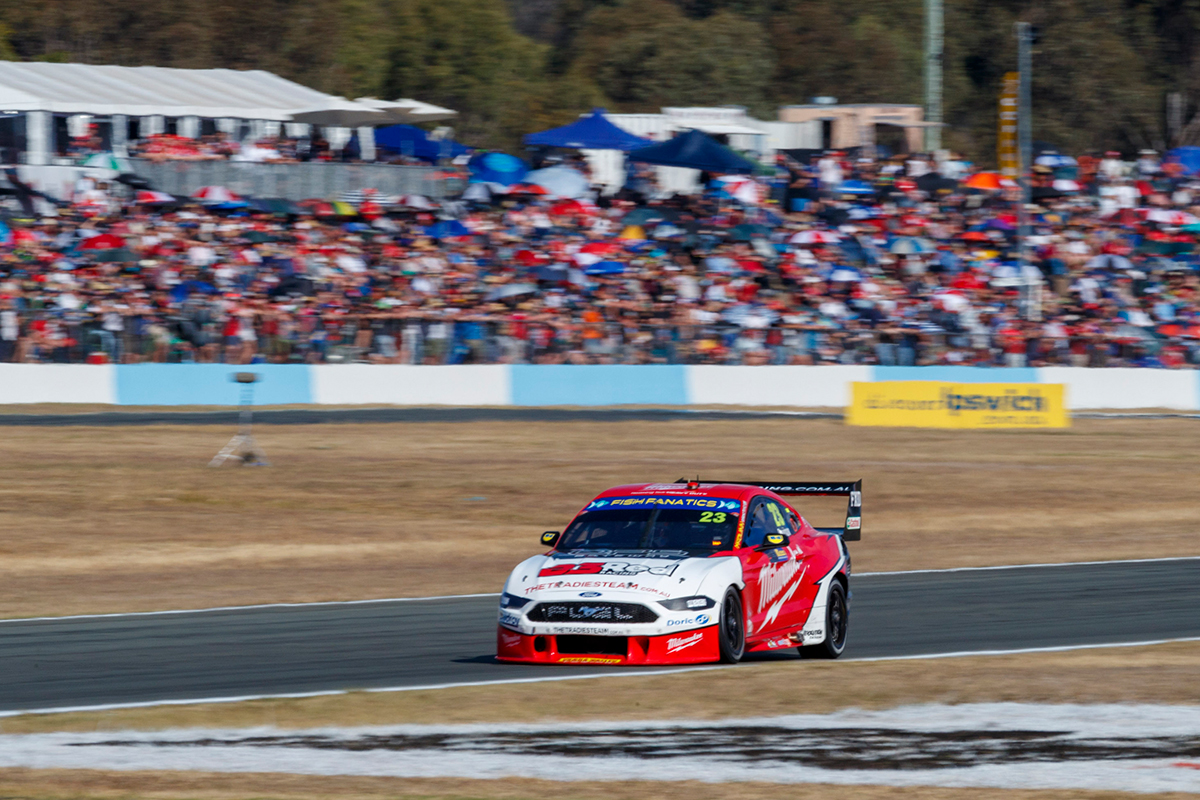 Davison had to settle for fifth on Saturday, one spot ahead of Cameron Waters who took sixth each day.

"All in all, really good to consolidate, another really good day in the books," Davison said of his Sunday.

"We just lost a little bit of balance in qualifying, and that sort of carried through into the race.

"We still had a really good car, we were still able to stay in touch with the leaders for the whole race, but I just didn’t have the front grip that I had [on Saturday].

"But all in all a great weekend, everyone did a great job, no mistakes at all.

"Definitely very encouraging, and I’m looking forward to The Bend."

Tickford's full-timers will be joined by Dunlop Super2 Series racer Thomas Randle, running as a wildcard, at Tailem Bend.