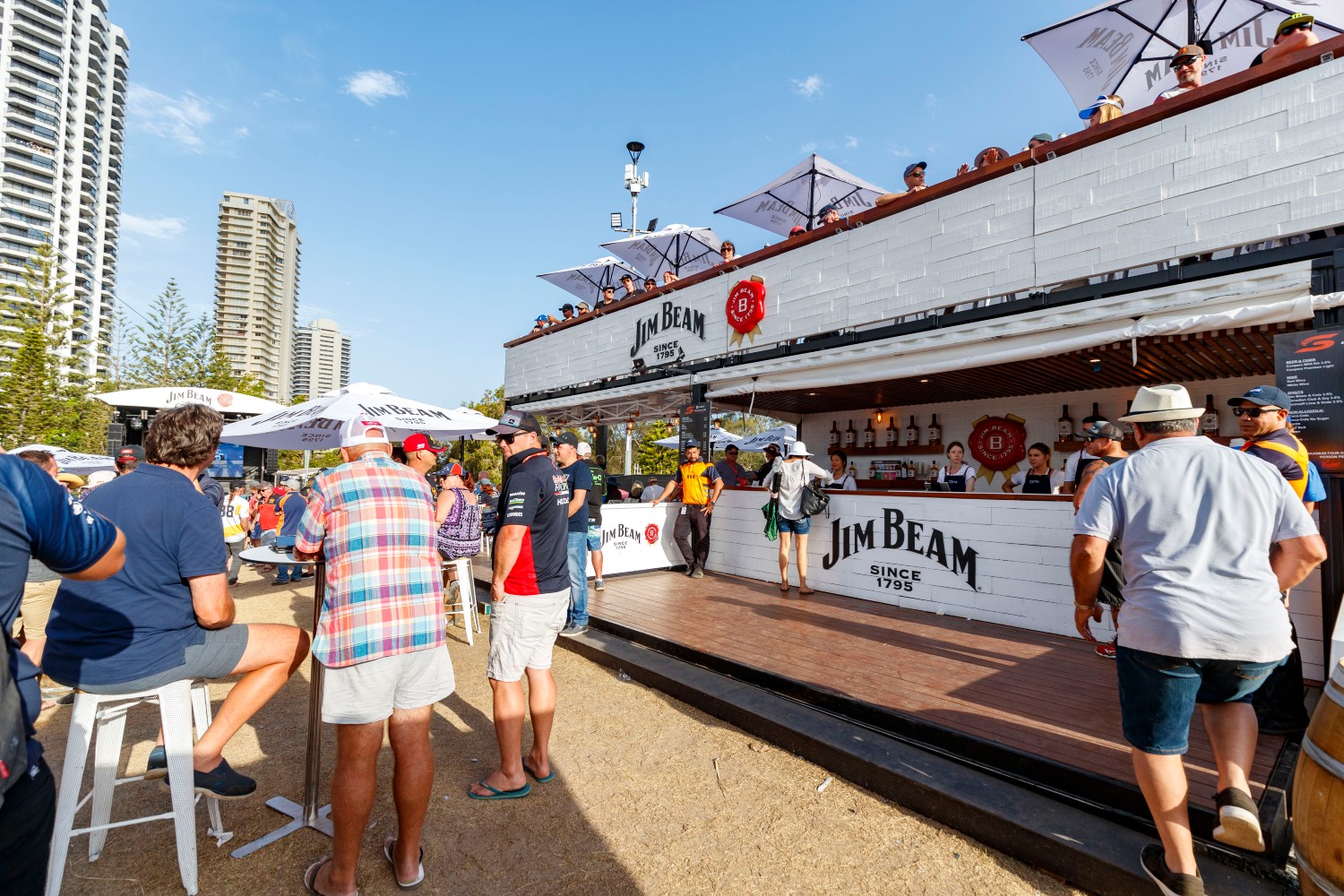 Jim Beam will be the Official Dark Spirits Partner of the Repco Supercars Championship for a third consecutive year in 2021.

"In a year where fans are being welcomed back to the track, we can't wait to see our beverages being enjoyed responsibly at events right across the country."

Coca-Cola and Red Bull have also confirmed extended deals with Supercars for 2021.

The soft drinks giants will continue to supply its brands to spectators at all races in the series, with pouring and sponsorship rights across a number of non-alcoholic categories.

"We have had a long relationship with the Supercars Championship – and proud to again in 2021," said Jarrad Mortimer, Director of Sales at Coca-Cola Amatil.

"There is nothing better that walking around the events and seeing so many people having their moment of happiness with the favourite Coca-Cola Beverage.

Returning to Supercars in 2021 is Lion Nathan, whose world-class products will be on-track for fans at all 2021 Repco Supercars Championship events.

The new partnership means the brewer's flagship brand XXXX Gold will be the lead beer sold at all Supercars events while the companies other flagship beers; Heineken, Furphy and White Claw will also be available trackside and in hospitality suites.

"XXXX and Supercars go way back, and it is only fitting that Australia's original and best mid- strength beer should be back for all Supercars fans to enjoy."

Supercars General Manager, Commercial, Jamie Black said: "It's fantastic to have such a great portfolio of products back on track for fans and corporate guests."