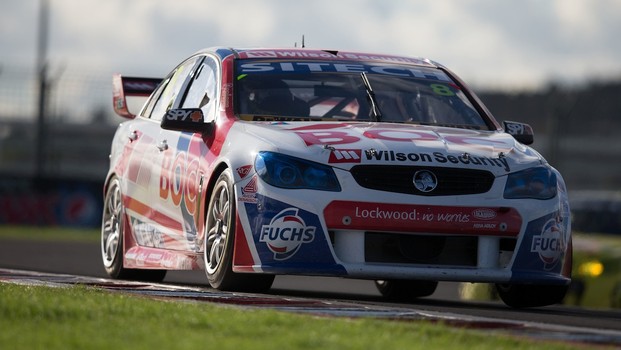 While Team BOC’s Bright leads the points tallyfor the overall weekend win at the ITM 400 Auckland – and to be awarded the Jason RichardsMemorial Trophy, unveiled on Friday – he hasn’t won a race yet this weekend atPukekohe Park Raceway.

He knows he’ll have to work hard for that trophyin Race Eight, when he starts from 12th on the grid. The key is staying outof trouble, and other people’s accidents.

“I locked up both laps and I didn’t even get agood lap on my greens (tyres) on the first set, so it was pretty disappointing– the car’s obviously got speed,” he said.

“It had a bit too much understeer in the highspeed stuff and it was really oversteering the low speed stuff, so I trimmedthat for the second set of tyres – but if that was the difference, who knows.

“I had a couple of different issues in thatfirst session and a couple of little tweaks in different areas obviously made ahuge difference (for the second session) – or I didn’t mess it up!”

While there was talk of some cars not havinggreens for the cars in qualifying, Bright is confident he will be alright fortyres come the afternoon’s two races.

“The difficult part this weekend is having greensfor every qualifying session or maybe a spare set. From now on we can slot someof the tyres we’ve used in.

“Because I did my first lap in the session on usedtyres, I’ve got a lap less on that set, which will make a difference I think.”

Starting back in the pack for the afternoon's first race, Bright knowsstaying out of trouble is imperative.

“That’s my biggest concern. I want to keep outof trouble.

“We’ve got car speed, tyre life, and I’m surewe’ll move our way through the field as the race goes on.

“If (the race is) green all the way I’m sure I’dmove up very well but the scariest part is you can just get involved in otherpeople’s crashes back there. We need to keep out of that. I should be in thetop five – the car has got the pace to be there.

“I probably was on a lap to get into the topfive, and I dropped a wheel off coming on the start-finish straight. And it meantI didn’t go quicker than what I did on my used tyres, so I’m really, reallydisappointed.

“It should’ve been an easy day from the top five– instead I have to keep out of trouble and move up a bit.”

Jason Bright  ›
15' Team BOC and Freightliner Racing ›
2013 ITM 400 Auckland  ›
Stay In The Know
Sign up to the Virgin Australia Supercars Championship Newsletter
We use cookies to ensure that we give you the best experience on our website. If you continue to use this site we will assume that you are happy with it.Ok