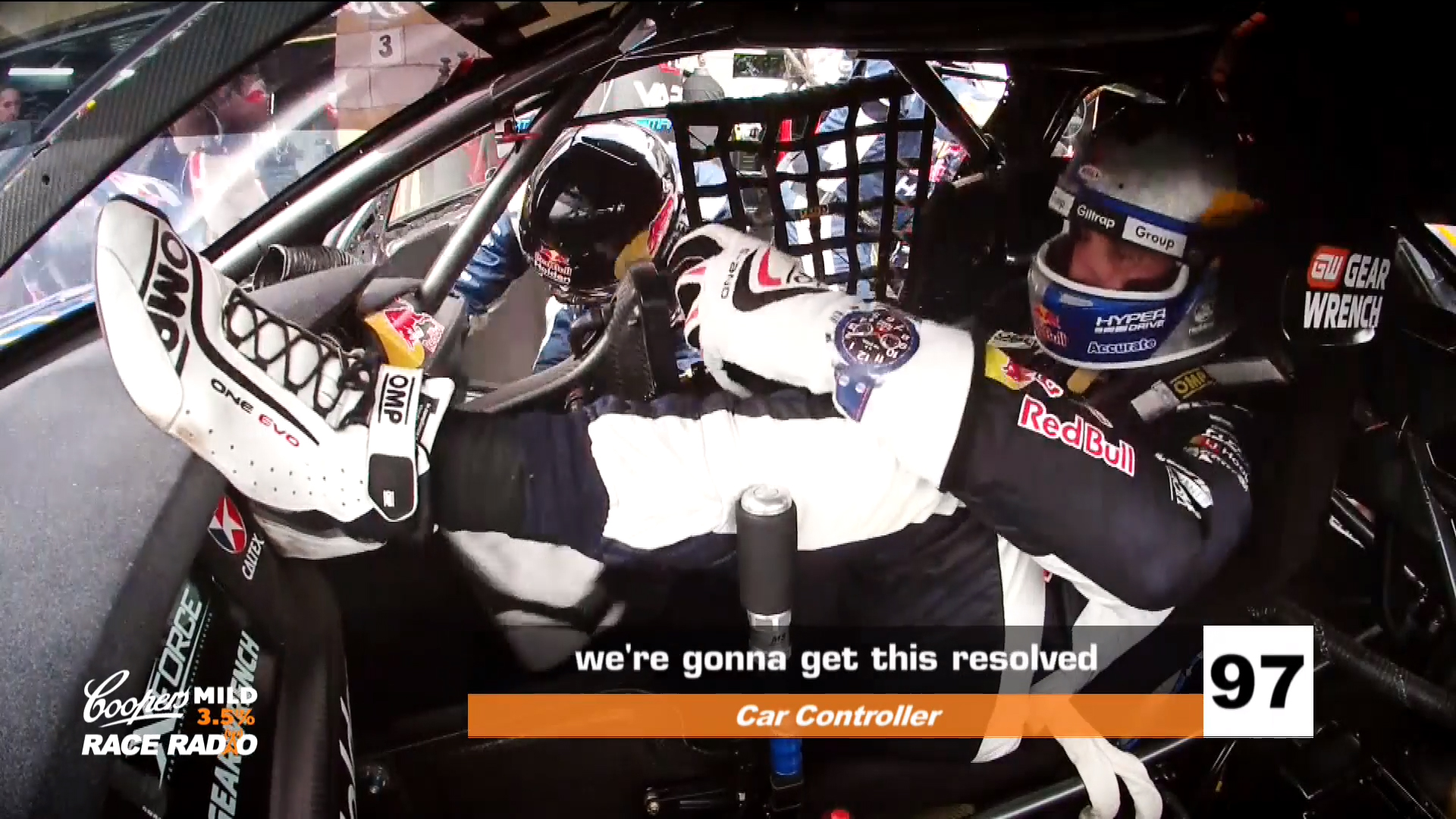 Once again in 2018, radio chatter between drivers and their engineers helped tell the story of the Supercars season.

Supercars.com looks back at 10 of the most memorable radio exchanges from the year that was.

A broken brake bias bar caused gave the Red Bull Holden not only too much rear brake, but a partially stuck throttle too, leaving engineer Grant McPherson ready to retire the car.

In the closing stages on Saturday at Phillip Island, a deal to swap places while chasing Rick Kelly’s Nissan frustrated the veteran.

McLaughlin under pressure at Barbagallo

While communication between Scott McLaughlin and his engineer Ludo Lacroix had come a long way in 12 months, it wasn’t all smooth sailing at Barbagallo.

Lacroix’s blunt assessment of a McLaughlin mistake in Sunday qualifying – which ultimately meant the Shell Ford was relegated in Q1 – did not amuse the driver.

McLaughlin’s championship bid suffered a major scare in Darwin, when smoke began trailing from the rear of the #17 Falcon in the Sunday race.

It made for some absorbing team radio as DJR Team Penske managed the issue, which also made life tough for the trailing Red Bull Holden of Jamie Whincup.

Richie Stanaway's trying rookie season reached its lowest ebb on Saturday in Townsville, where the wrong tyres were fitted to the car at a late pitstop.

A frustrated Stanaway drifted his way around the circuit on the older rubber, which did not go down well back in the Tickford bunker.

Van Gisbergen and Lowndes were back at it at Sandown.

In no mood to sit behind his veteran team-mate in the primary driver sprint race, van Gisbergen used the bumper to get by, which didn’t prove popular in car #888.

It was the heartbreak story of the season. David Reynolds, seemingly on course for back-to-back Bathurst victories, faltering behind the wheel.

Would the star driver stay in the car for the final stint, or hand over to co-driver Luke Youlden? The drama, and the despair, were laid bare on the team radio.

Van Gisbergen and McLaughlin go to war at Pukekohe

With the championship pressure building, the tension was high as van Gisbergen and McLaughlin did battle at Pukekohe.

It wasn’t just the drivers feeling the heat either, as the reaction of the engineers to van Gisbergen’s bump-and-run – and subsequent penalty – proved.

The application of a five-second time penalty created an unusual fight to the finish, with the Holden driven striving to build enough margin to win.

Have your say, vote for your favourite below: