Behind an ’emotional’ Bathurst reunion 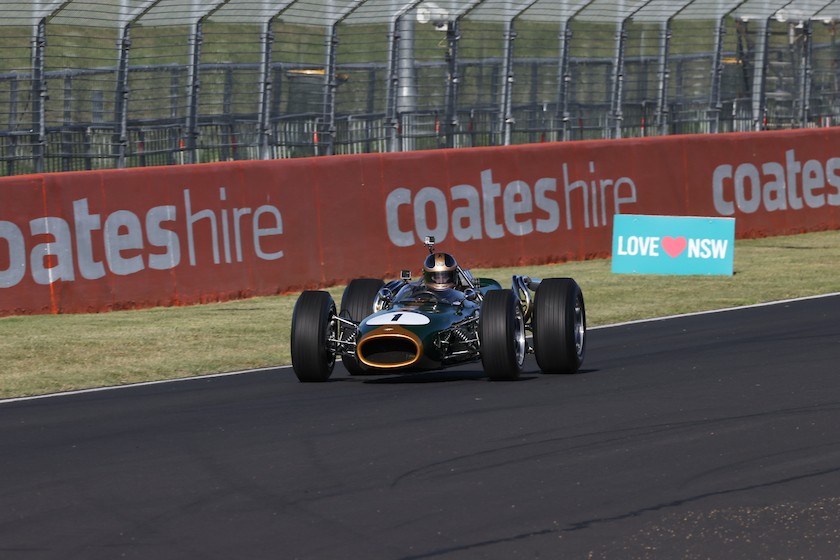 The iconic BT-19 cut laps with Brabham behind the wheel at the end of the first day of competition at the Repco Mt Panorama 500.

In a special moment for Repco and Supercars, the BT-19 will lead the field to the grid for the Saturday and Sunday races.

In 1966, the late Sir Jack Brabham, who was the first motor racing driver to be knighted for services to motorsport, drove the car to the 1966 Formula 1 world title.

Brabham's 1959 and 1960 championships were in rear-engined Coopers, and he was the first to run a rear engine car at the Indianapolis 500.

In 1966, the late Ron Tauranac helped Brabham to a remarkable achievement of winning the F1 title in his own car; a feat that will surely never be repeated.

Repco was a central part of the success, producing produce the powerplant for the car.

After Brabham purchased a supply of Oldsmobile V8 blocks, Repco specialists built and developed the engine in Australia after engineer Phil Irving drew up the basis of the motor.

On Friday, Brabham's grandson drove the car around the mountain, marking another key chapter in the BT-19's history.

"It was incredible. I've driven the car before at Adelaide, that was the first time I'd driven the car and I was really emotional," the 26-year-old told Supercars.com.

"I had the exact same feeling again today, even though I've driven the car a few times now.

"When you're driving, you don't quite appreciate the moment, because in the moment, you're focusing on steering, gear changes, and making sure you're looking after the car.

"When I came into pit lane, it dawned on me that I just drove a Formula 1 championship-winning car, that happens to be my grandad's, around Mount Panorama, which is just insane.

"I feel so privileged and grateful for the opportunity. I absolutely loved it."

Only one BT-19 was ever produced, and the car has long been owned by Repco.

The car is housed at the company's headquarters in Melbourne, and has only been used for occasional promotional outings. 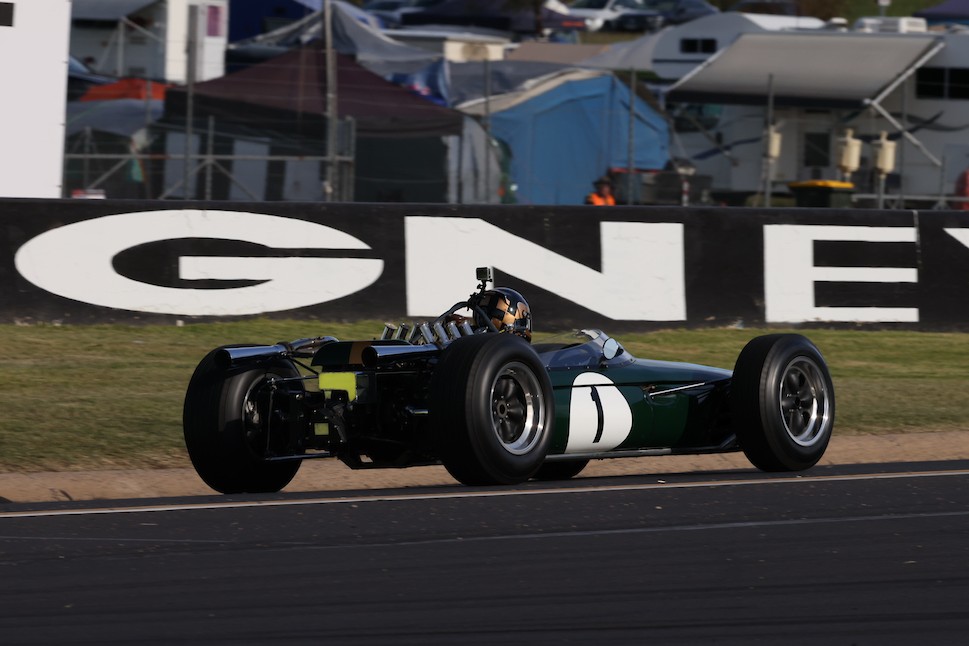 From John Surtees to Alan Jones, Tim Schenken to John Bowe, the BT-19 has been steered by several key figures in motorsport history.

For Brabham junior, Friday's running across the mountain was a moment to savour, and a day he won't forget, even if he had to take it carefully.

"When I found out I was going to do it, dad was so jealous," he said.

"I'm not going to say what he said, but he was very upset that I was driving and he wasn't! My uncle Geoff, he was also really jealous.

"This place is so historic and special, and to match it with such an incredible car, it was awesome. It showed just how well-built the car was. 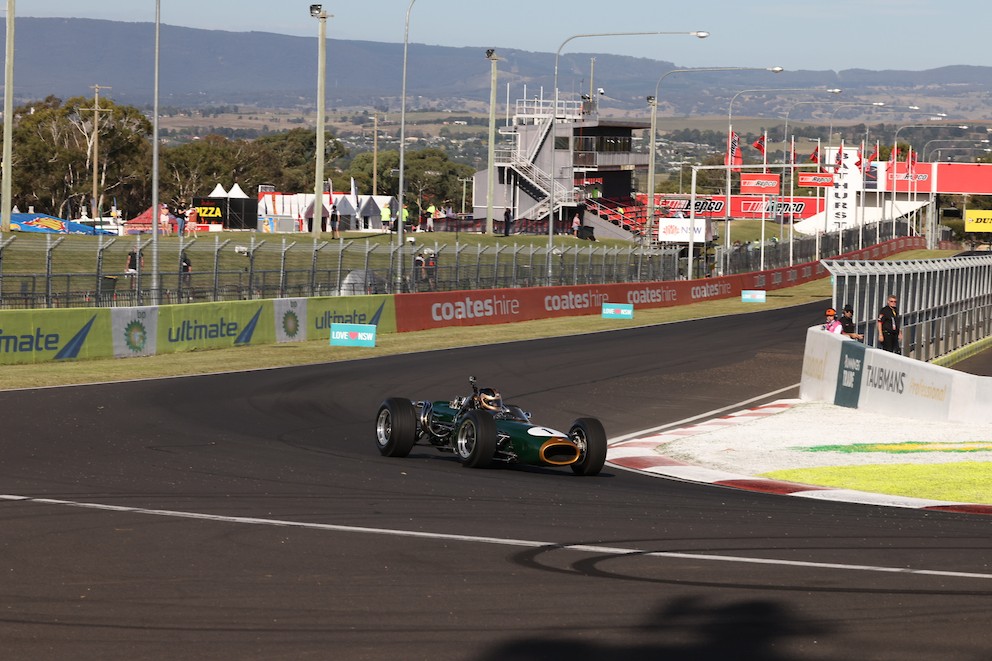 "You drive it, and you know just how good it is to drive. You start pulling gears and driving harder, and the car just gives you more and more.

"Around a place like this, it was amazing. I had to be a bit careful going down the hill, because some of the undulation changes from Skyline down are quite steep.

"I didn't want to flex the car too much, I kind of went around the middle of the circuit rather than take apexes, just in case it went up on three wheels.

"But through McPhillamy and those areas, it's incredible. You're not looking at the view, but the climb hits you, it's so steep.

"Then you imagine driving it flat out in a world championship event, and you realise how bloody good those guys were back in the day."

Brabham, who honoured his Australian heritage with a helmet design based off the iconic green and gold of the BT-19, paid tribute to Supercars and Repco for the opportunity, with race fans privy to another special mountain moment.

"I think it's incredible that Repco and Supercars are so keen to recognise history," he said. 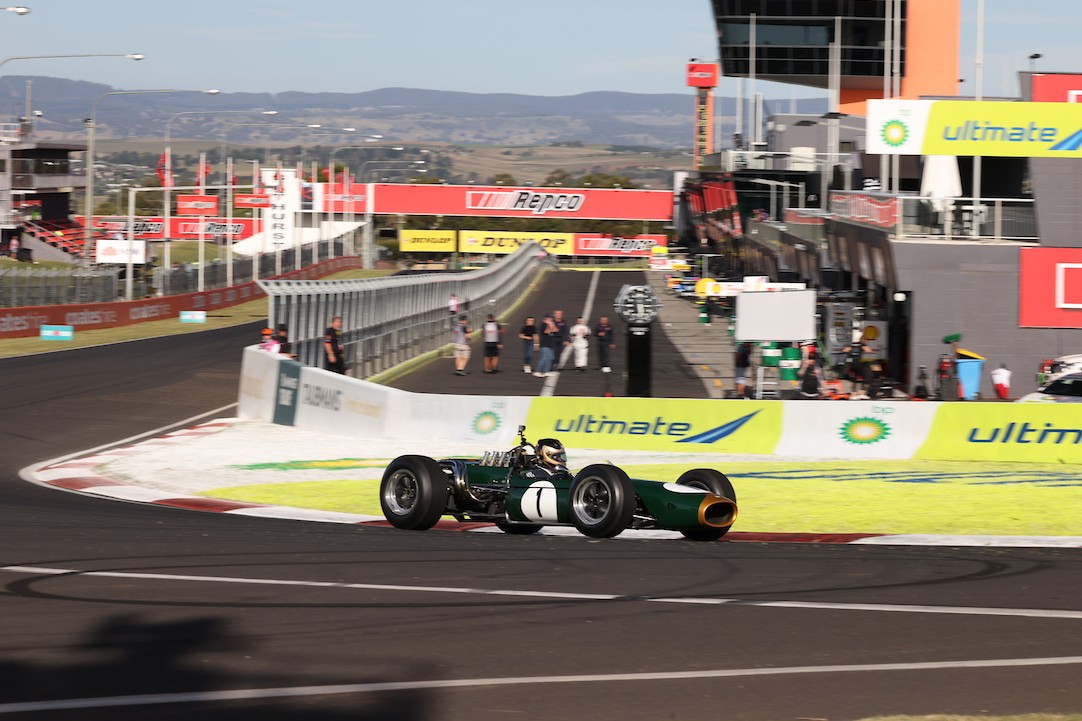 "To celebrate what is a special car for my family, for Formula 1, but also for Repco as a brand, they have a great history that needs to be told in racing.

"Now they're a sponsor of the Supercars Championship, it shows that their brand is well ingrained into motorsport in Australia.

"I remember hearing an advert that said, 'From Brabham to Bathurst: Racing's always been in our DNA'.

"I think this is a special way to promote Repco and our history at these events in front of people who care so much about motorsport."