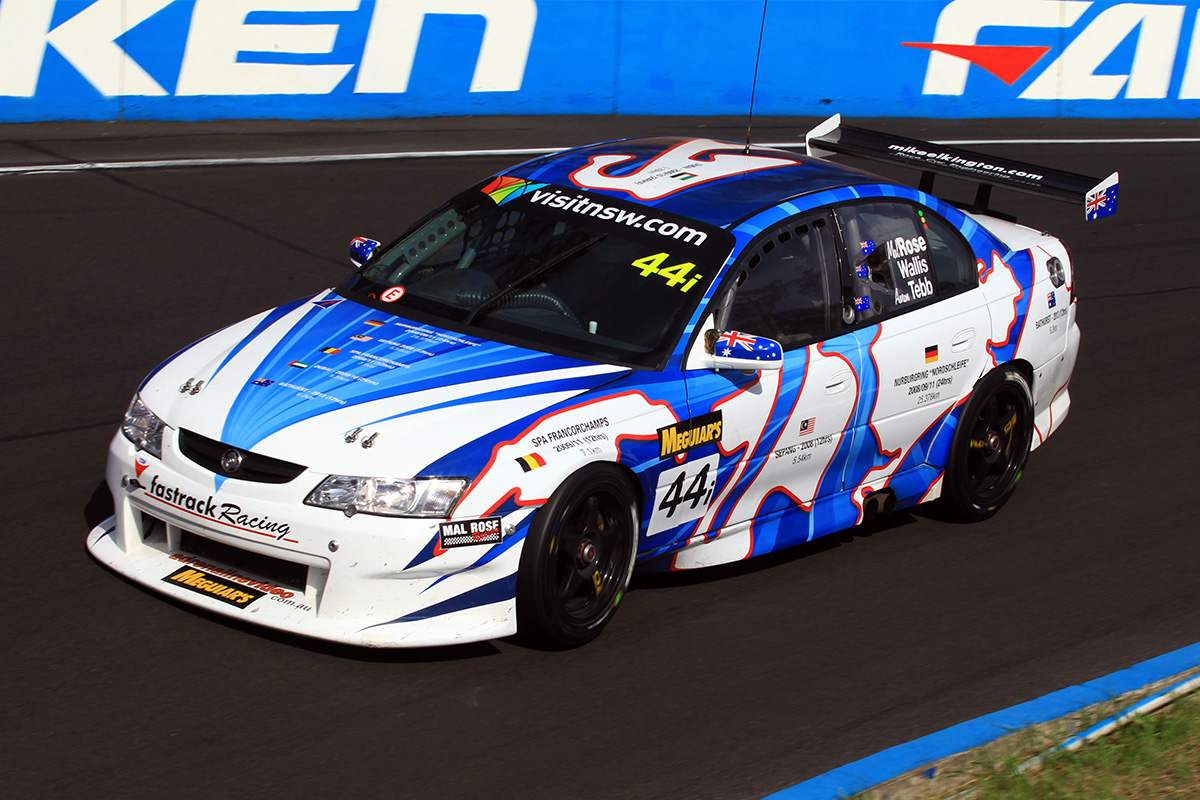 The only Supercar to have tackled both of Mount Panorama's premier endurance races is the latest exhibit to go on display at Bathurst's National Motor Racing Museum.

Along with being a Supercars race winner, this Garry Rogers Motorsport-built Holden Commodore has welcomed several big names into its driver's seat and raced on some of the most-revered circuits around the world.

It also remains the only car to have competed in both the Supercheap Auto Bathurst 1000 and the Liqui-Moly Bathurst 12 Hour.

The car started its life as Jason Bargwanna's Commodore for the 2001 Supercars season, but Bargs wasn't the first person to drive it.

That honour went to team owner Rogers himself, who took the car for its initial shakedown laps at Winton late in 2000!

Leanne Tander completed the remainder of the day's running in her first test for GRM. 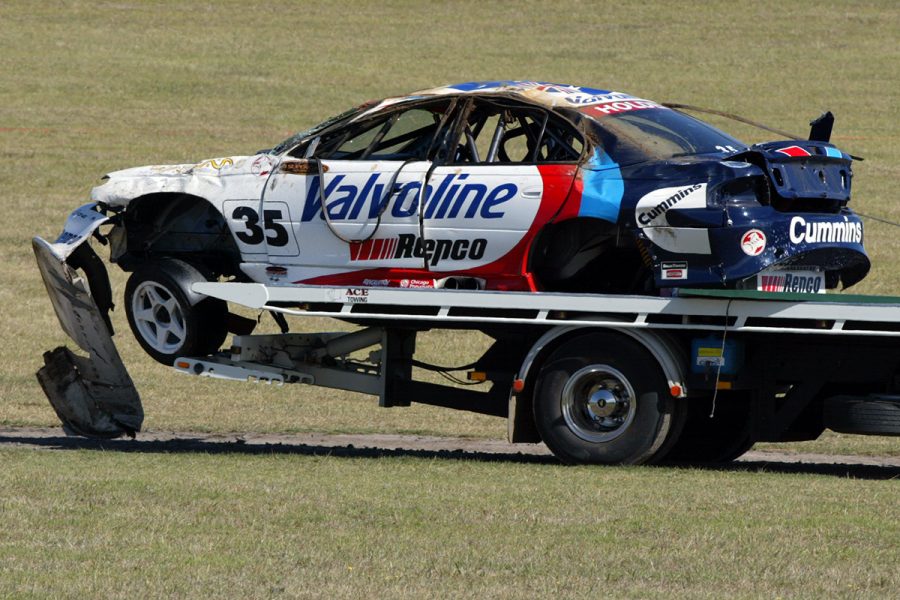 The car's most notorious moment in Valvoline colours, however, came at Phillip Island in 2002 when Bargwanna was tipped into a spectacular rollover crash soon after the start of the opening race of the weekend.

Despite being severely damaged, it was rebuilt for Bargwanna to use for the following round and the remainder of the season's single-driver races, scoring a race and round win at Surfers Paradise in his final victory for the team.

The chassis remained the #35 Valvoline Holden for the enduros, where it was co-driven by Jamie Whincup in the future seven-time Supercars champion's debut.

The then-Formula Ford racer was joined for the Queensland 500 by sprintcar hero Max Dumesny, while Mark Noske partnered Whincup for his first Bathurst 1000.

Whincup retained the car for the bulk of his rookie season in the championship in 2003. 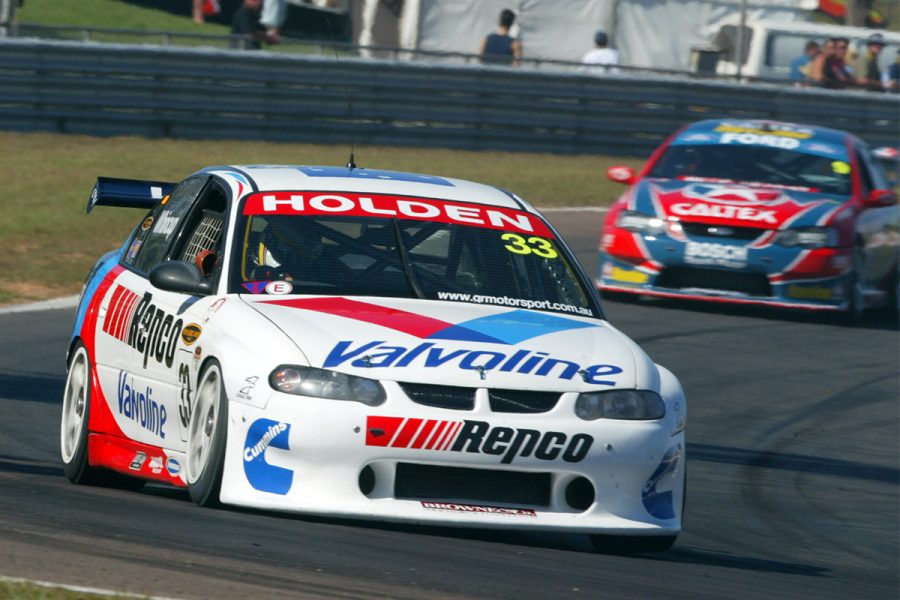 His best qualifying result in the car came at Winton with ninth on the grid, while his best race finish was an 11th in the final race of the Hidden Valley weekend, above.

With Whincup paired with Garth Tander at Bathurst, Nathan Pretty and Allan Simonsen drove the car in the Great Race.

Damage from a crash in the last race of the Pukekohe round marked the car's final Supercars outing, forcing Whincup into another Holden for the Eastern Creek finale.

Unlike many 'main game' cars of the era, it didn't have a second life in the Super2 Series.

The car was retained by GRM into 2004, used for passenger rides and pitstop practice, and updated to VZ specification.

After one offer fell through, it was finally purchased in 2007 by former Supercars privateer Mal Rose. 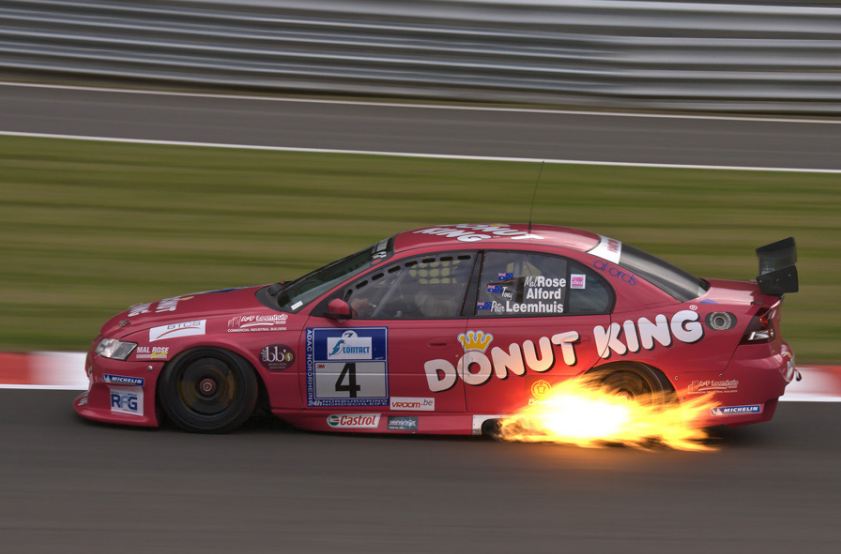 Rose campaigned the car at some of the world's greatest racetracks in tackling the Nurburgring 24 Hour (above), Spa 12 Hour, Sepang 12 Hour and Dubai 24 Hour.

The Commodore even lined up for a World Time Attack tilt at Sydney Motorsport Park, Rose taking on a host of turbocharged rivals in the 2010 event.

A decade after failing to finish either of its Bathurst 1000 starts, the car returned to Mount Panorama in 2013 to race in the Bathurst 12 Hour, its livery featuring maps of the iconic circuits the machine had raced at. 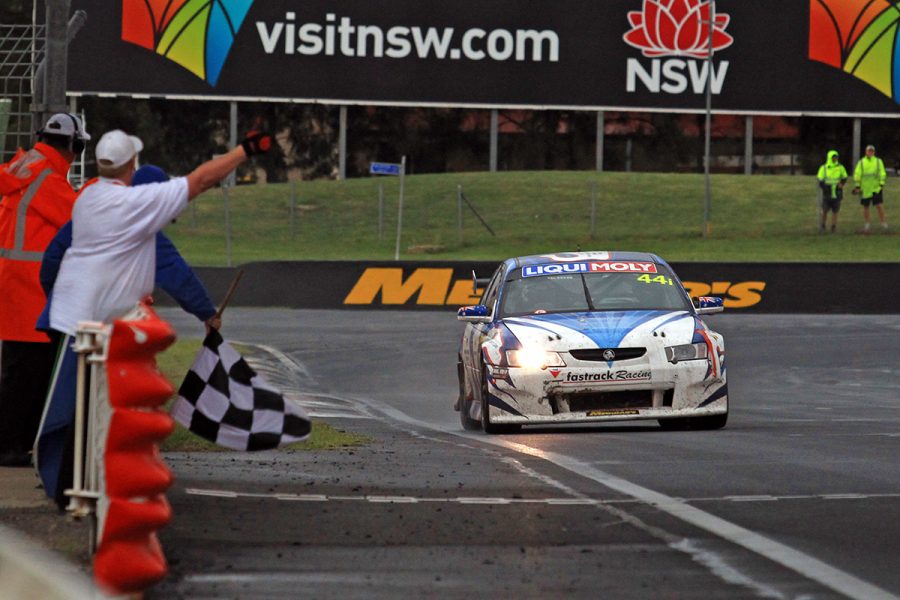 Entered in the Invitational class and racing to a minimum lap time, Rose, Aaron Tebb and Adam Wallis finished 12th outright against a host of GT3 machinery and first in class.

Rose still owns the car, which sports its Bathurst 12 Hour livery complete with battle scars on the front bumper, and delivered it to the National Motor Racing Museum this week.

The National Motor Racing Museum at Mount Panorama is open from 9am to 4:30pm every day except Christmas Day, Boxing Day and New Year's Day.