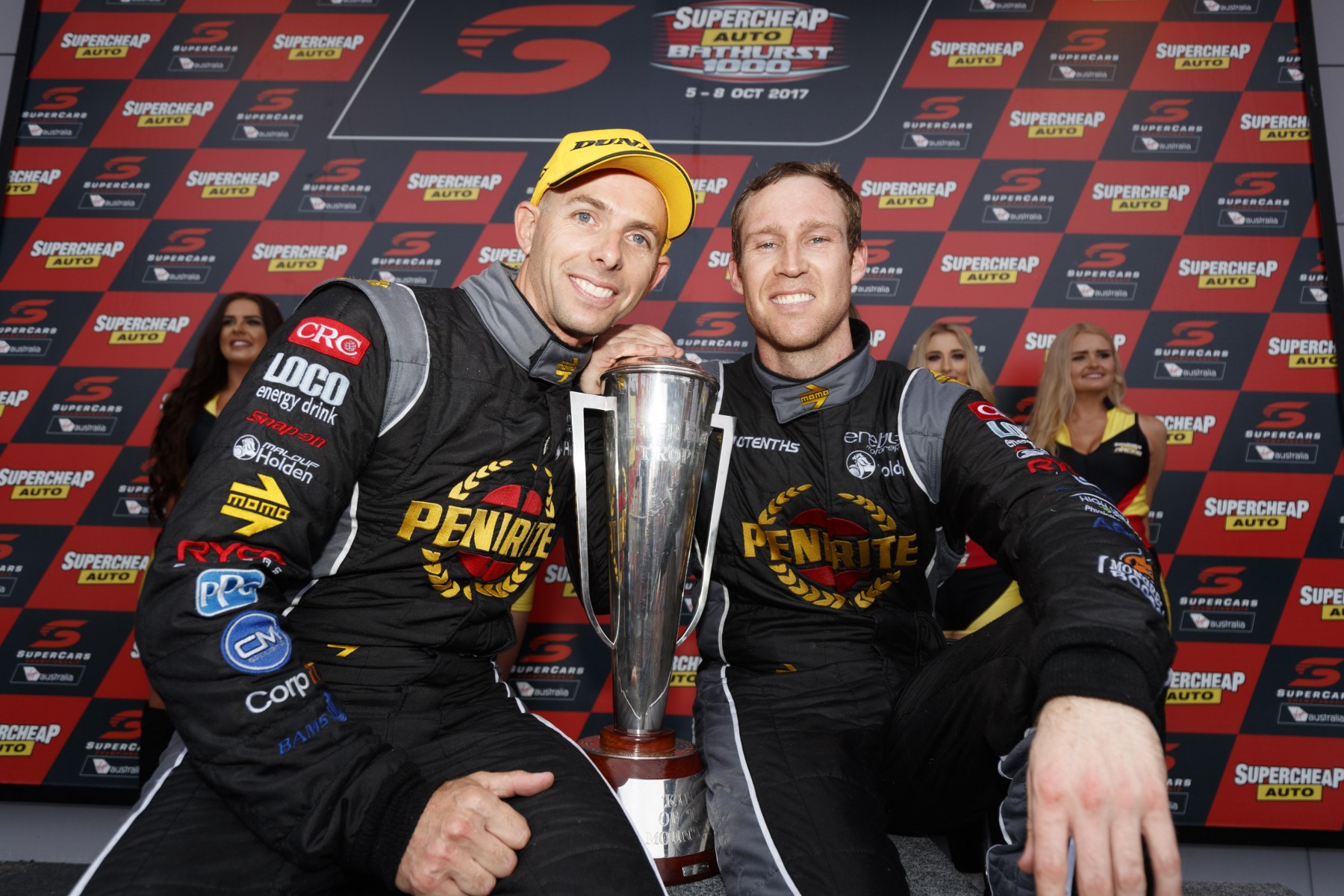 David Reynolds and Luke Youlden will defend their 2017 Supercheap Auto Bathurst 1000 crown together next season.

Erebus Motorsport has announced a new deal with Youlden that will see the 39-year-old rejoin the team for a second PIRTEK Enduro Cup campaign.

Co-driving veteran Youlden was issued a lifeline by Erebus for 2017 after he was dropped by Shell V-Power Racing following a single year with the Ford squad.

Youlden proved his mettle with a qualifying race win at Sandown before driving solidly in wet conditions to help Reynolds to victory at Bathurst.

They ended up 10th in the Enduro Cup standings after a tough Gold Coast that ended with a crash for Youlden in the Sunday race.

“I’m stoked to have re-signed with the team,” Youlden said.

“Erebus give me the best chance to go back-to-back and I think the car will be even stronger next year.

“Having won this year, it’s definitely given me even greater motivation, I’ll be pushing twice as hard to try and win the next one.

“I’ve been here now for 12 months and I couldn’t be happier; it’s going to be another fun year and I think that atmosphere in the team is conducive to good performance.”

The Youlden deal locks in half of Erebus’ 2018 enduro line-up.

The team is yet to confirm a partner for newcomer Anton De Pasquale, with the #99 entry’s 2017 co-driver Chris Pither recently signing for Garry Rogers Motorsport.

“Luke did an outstanding job this year, so it’s great to be able to get him back for another year,” Erebus general manager Barry Ryan said.

“He is exactly what you want inside and outside the car and we have the confidence that he will do a good job.

“Not only is he quick, he also responds well to pressure and is very level-headed.”

Reynolds added his delight at having Youlden return, noting that cabin ergonomics proved the only issue during their first campaign together.

“He’s very easy to get along with and that type of personality suits our organisation.

“He got left out of his DJR drive and he’s slotted in here perfectly.

"I just wish he wasn’t so tall. Not that he’s really tall, he’s just a little bit taller than me.

“I have to move my pedals a lot further forward in the footwell and I’m stretching for those three races.

“He’s probably not the most comfortable either, but we make it work.”