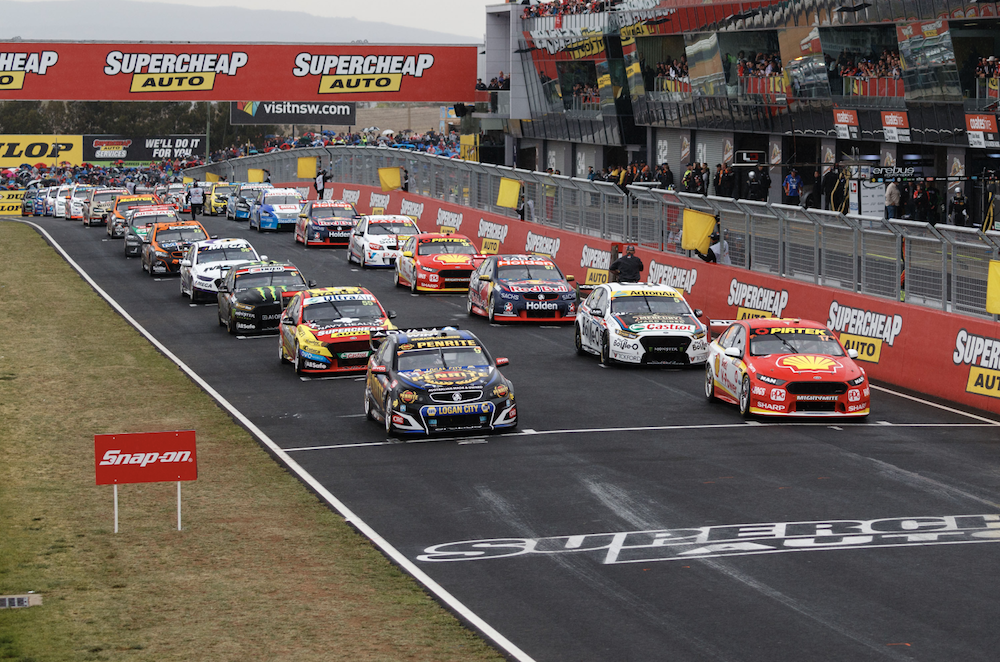 The Supercheap Auto Bathurst 1000 delivered on and off the track with millions of viewers tuning in to watch David Reynolds and Luke Youlden's fairytale victory at Mount Panorama.

In another dramatic Great Race, Reynolds and Youlden scored a win for the small Melbourne-based outfit following a unpredictable, rain-hit, 161 lap contest.

An average audience of 1.897 million across seven hours and 20 minutes watched the heartbreak and jubilation which played out all day, peaking at 2.746 million across Fox Sports, Network TEN and WIN TV.

“What a remarkable show of skill and courage by all the drivers in such treacherous conditions,” Supercars CEO James Warburton said.

“Australians love a battler and that was pure David versus Goliath. For David and Luke to hold on throughout the race under incredible pressure is such a great story.

“The pictures of one of the great characters of our sport Betty Klimenko summed up just how much our teams fight for victory.”

It was also the second highest crowd on record with 205,693 spectators on the Mountain across the four days.

The pre-race included 11 of the greatest drivers of all time being introduced to the crowd and Australian songstress Delta Goodrem performing on the grid before the action started.

More than 1.3 million people visited Supercars.com during the event with over 3.5 million pages viewed, 320,000 opens of the Supercars app, 5.9 million video views with 850,000 Facebook users watching Scott McLaughlin’s ‘Lap of the Gods’.

The Supercheap Auto Bathurst 1000 results leave the Virgin Australia Supercars Championship wide open heading into the Vodafone Gold Coast 600 in 11 days time, where the PIRTEK Enduro Cup will be decided.