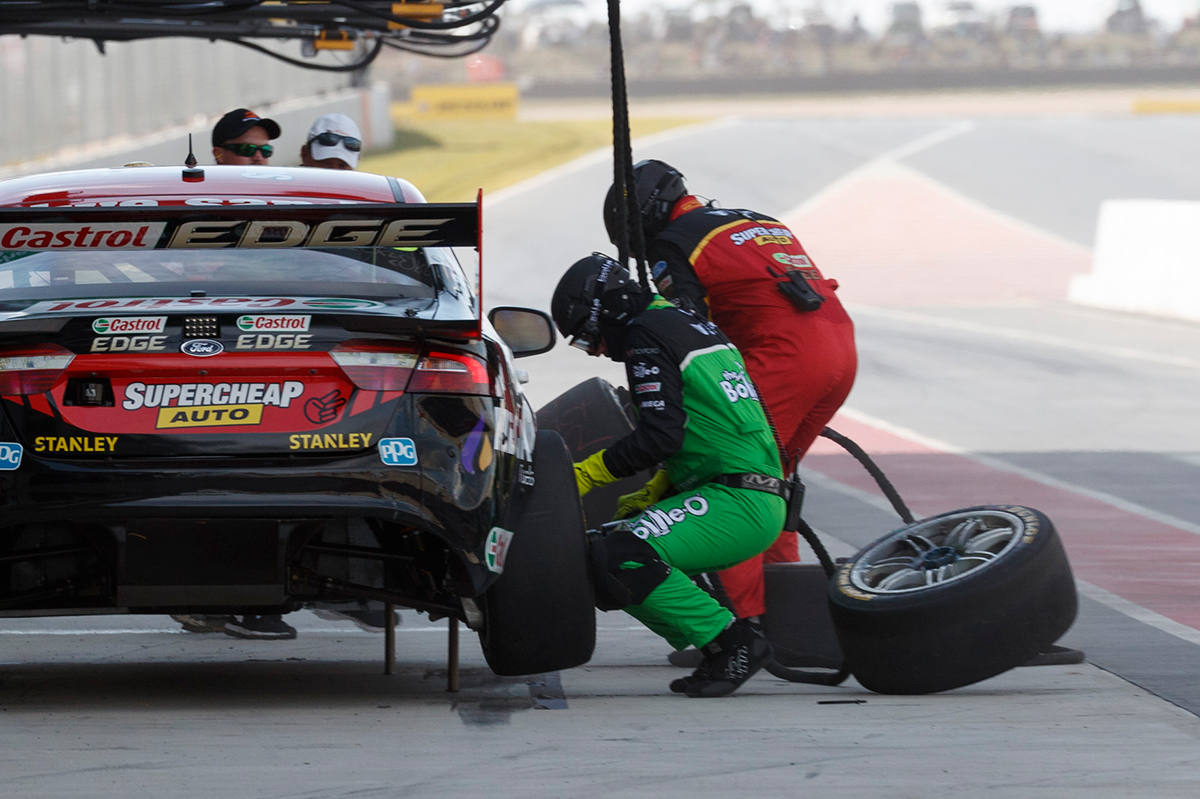 There, the $20,000 major prize and PIRTEK Pit Stop Challenge Golden Rattle Gun will be on the line.

While the top four teams in the points heading to South Australia all retained finals places, there was a major shake-up in the order. 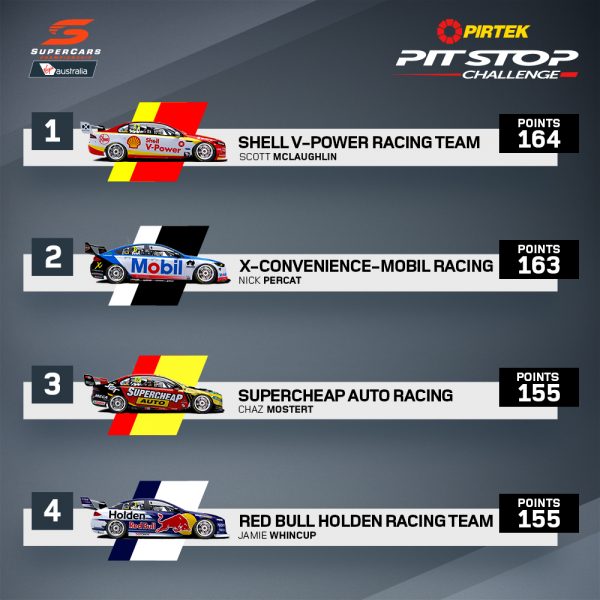 Jamie Whincup's Red Bull Holden Racing Team entry sat atop the standings but had a pit-entry-to-exit time of 52.7748 seconds on Saturday, the slowest recorded.

That was due to Whincup double-stacking behind team-mate Shane van Gisbergen during the early Safety Car period.

Both were delayed slightly by van Gisbergen having to wait for Scott McLaughlin's Falcon to pass in the lane before leaving his pitbay.

It dropped Whincup from second to eighth in the race order, and he ultimately regrouped to finish fourth.

Scoring just two points dropped the #1 from first to fourth in the PIRTEK Challenge rankings, but the crew maintained a Bathurst spot.

McLaughlin's #17 was eighth-fastest in the lane, and moved from third to first in the end-of-season points.

Brad Jones Racing and Tickford Racing booked the other two Bathurst places with second and third in the order, through the entries of Nick Percat and Chaz Mostert.

In the end, nine points covered the top four crews of McLaughlin on 164, Percat on 163 and Mostert and Whincup on 155.