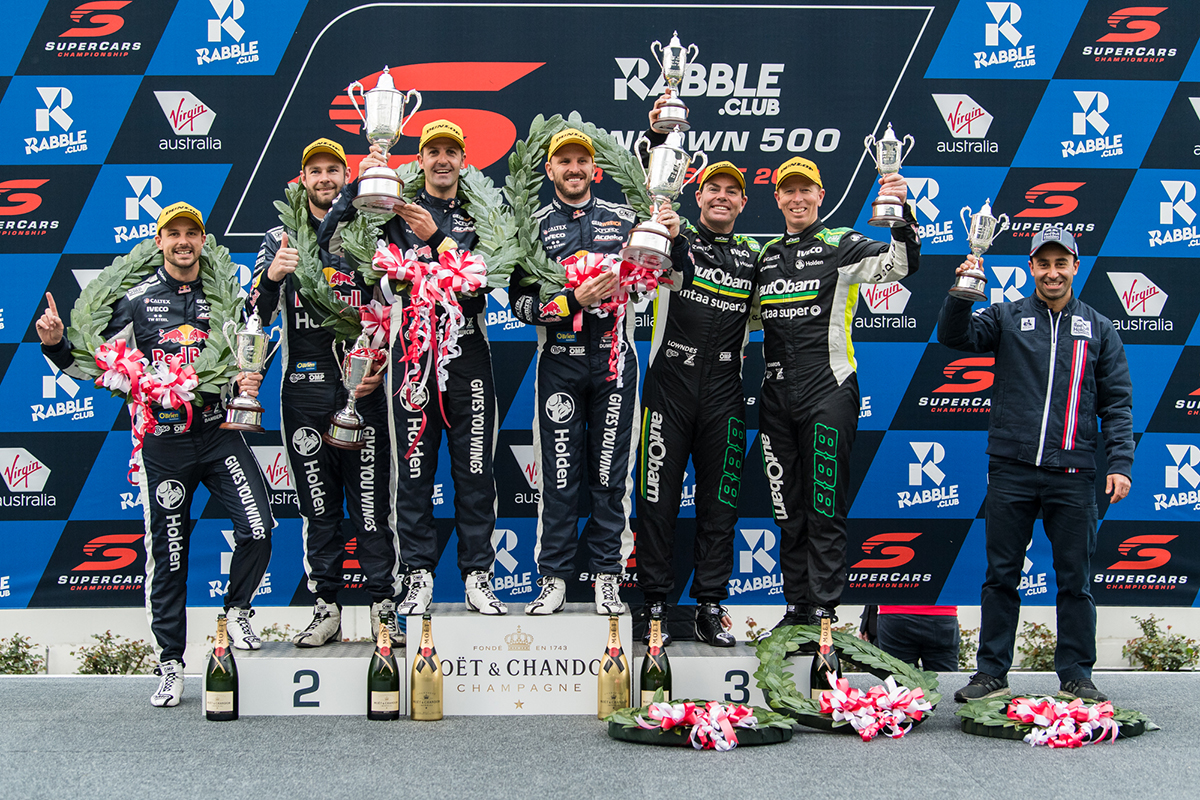 Triple Eight is already one of three teams to record a one-two formation finish in the Bathurst 1000. Can it become the first to sweep the podium?

Although seemingly a near-impossible feat in such a gruelling event, it’s a legitimate question following the Holden squad’s crushing Sandown one-two-three.

Sandown marked the fourth Triple Eight podium sweep in a championship race since the squad expanded to three cars in 2016, along with two in non-points Albert Park races that year.

It is also the first time any Supercars team has achieved the feat in an enduro.

Following their domination at Sandown, Jamie Whincup and Paul Dumbrell are strong favourites for the win at Bathurst.

They’re currently rated at $3.75 for the win with betting agency Unitbet, ahead of Shane van Gisbergen/Earl Bamber on $4.50 and Craig Lowndes/Steven Richards on $6.50.

The first non-Triple Eight cars in the betting order are the Scott McLaughlin/Alex Premat Shell Ford at $8, and David Reynolds/Luke Youlden Penrite Holden at $10. 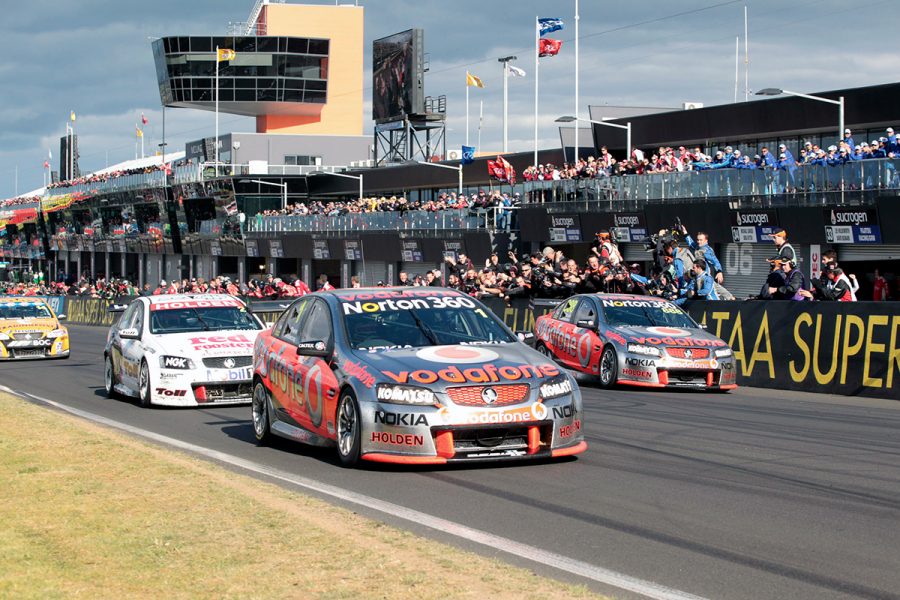 Lowndes and Mark Skaife, inside, led Triple Eight's Bathurst 1-2 in 2010

The result put Roland Dane’s squad alongside the legendary Moffat Ford Dealers team of 1977 and the Holden Dealer Team’s '84 effort in achieving formation finishes at Bathurst.

Unibet has priced a historic Triple Eight one-two-three – in any order – at just $11.

Not surprisingly, Dane is quick to pour cold water on the prospect of a Bathurst sweep, declaring a win his only target.

“Honestly at Bathurst, all you really want to do is concentrate on having a car win. Everything else you get is a bonus,” he said.

“At the end of the day, you’re just very, very grateful if you can win that race.

“We’ve won it six times, we should have won it probably nine times and made errors.

“We haven’t won it as often as we should have done, collectively we’ve made mistakes.”

Whincup led across the line a year later but had been dealt a post-race time penalty following a collision – a sanction that Dane unsuccessfully appealed. 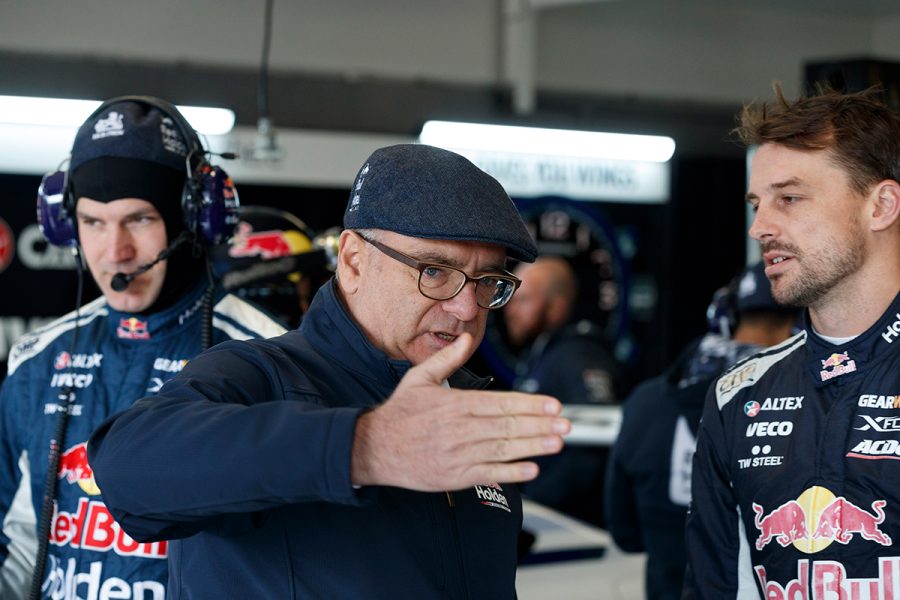 Last year, Bathurst was one of the team’s weakest events, struggling for outright pace in the dry sessions leading up to the rain-hit Sunday.

In the race, an engine problem for Whincup, a series of offs for van Gisbergen and co-driver Matt Campbell, and a damper failure on Lowndes’ car made for a shocking day.

Although Triple Eight's Sandown 500 appeared flawless, Dane says there’s still plenty of areas for his team to work on ahead of Bathurst.

“There were a few things, I’m not going to tell you what they were, but there were absolutely things over the weekend we could have done better,” he said.

“There almost always will be. I never see us achieving the perfect weekend, it just doesn’t exist.

“You can get close, but to say you don’t make a mistake all weekend is some sort of nirvana that I don’t think exists.”