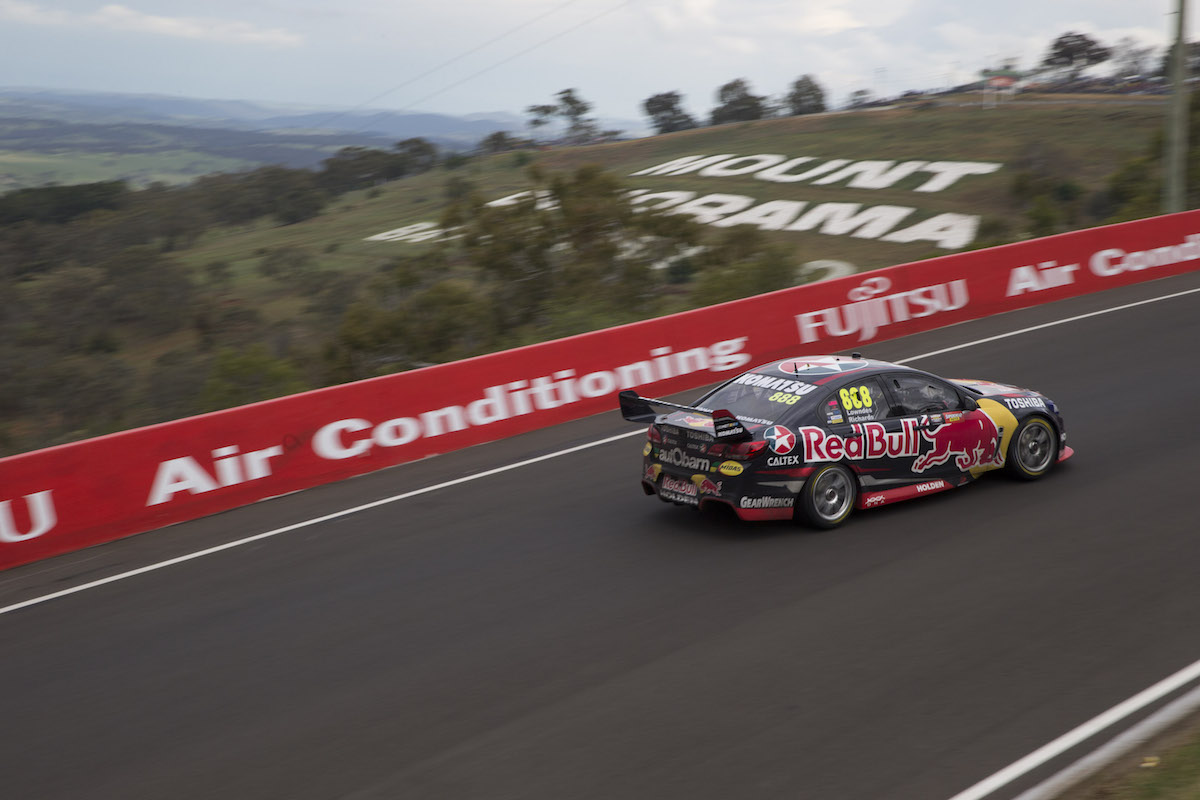 Penske Racing heavyweight Tim Cindric believes Bathurst’s legend is growing in stature around the world, after experiencing the Liqui-Moly 12 Hour on the weekend.

Cindric is Roger Penske’s right hand man and has been in pit lane at the last two Supercheap Auto Bathurst 1000 races supporting DJR, before and after its amalgamation as DJR Team Penske.

His 17-year old son Austin Cindric competed with Erebus Motorsport in its second SLS AMG GT3 entry at the weekend, in the fold with Supercars star David Reynolds.

Having been behind the scenes twice at both the 12 Hour and the Supercheap Auto Bathurst 1000, Cindric believes the Mount Panorama circuit continues to gain a reputation as one of the world’s great tracks to race on.

“What I see is Bathurst continuing to grow as an iconic track – not just within Australia, but worldwide,” Cindric told v8supercars.com.au.

“Although Austin was the only American in the race this year, the respect those drivers have – the top drivers in the US – for that particular track, that event continues to grow.”

This visit to Australia means Cindric was not only able to be at the mountain to support Austin, but be part of DJR Team Penske’s official unveiling of two Ford Falcon FG Xs in Shell Helix colours, which Fabian Coulthard and Scott Pye to steer at the upcoming season opener, the Clipsal 500.

Penske’s commitment to V8 Supercars has increased this year with the team expanding to two cars after Pye earned both his and the team’s first podium in New Zealand.

The team grew stronger in the second half of the year and Bathurst was a key turning point, with Pye and Marcos Ambrose circulating with the top five before a mechanical failure speared Pye into the wall at the top of the mountain.

While not the result DJR Team Penske had been hoping for, it was another great race, with Bathurst again delivering for fans in 2015.

“What I saw in the 12 Hour race was the fact that Bathurst now has two very strong races,” Cindric said.

“The 12 Hour doesn’t really compare to the 1000 on a lot of things – whether it’s history, or overall interest – but at the same time it’s a big event.

“I think it’s going to continue to grow. I think you saw, even with Austin last year, it was basically a privateer team in terms of Erebus with no factory support. Where this year they had four factory drivers, AMG involved – and for Austin to be selected as the only one aside from David Reynolds to drive in that queue was a huge experience for him.”

A number of V8 Supercars regulars finished in the top 10, and category chief executive officer James Warburton praised the performance of his category’s drivers when going into battle against the world’s best.

And with heavyweights like Cindric seeing the potential in the race and its ability to help his son embark in a motorsports career, there’s nowhere but up for both races at Bathurst.

“It was the second time for him on the mountain in an A class car – at his age [that] is a really good step in his career,” Cindric said.

“I think he went there hoping to gain the respect of the factory group and he did that, which is really what he was after.

“It was unfortunate he ended up with a tyre puncture … to put him out because I think they were certainly in podium contention – so it would’ve been good to see a result.”

While Pye was lined up to contest the race, a late seeding change meant he had to withdraw.

Pye completed a ride day at Queensland Raceway after revealing the livery, while Coulthard shook down his new chassis ahead of testing next week.