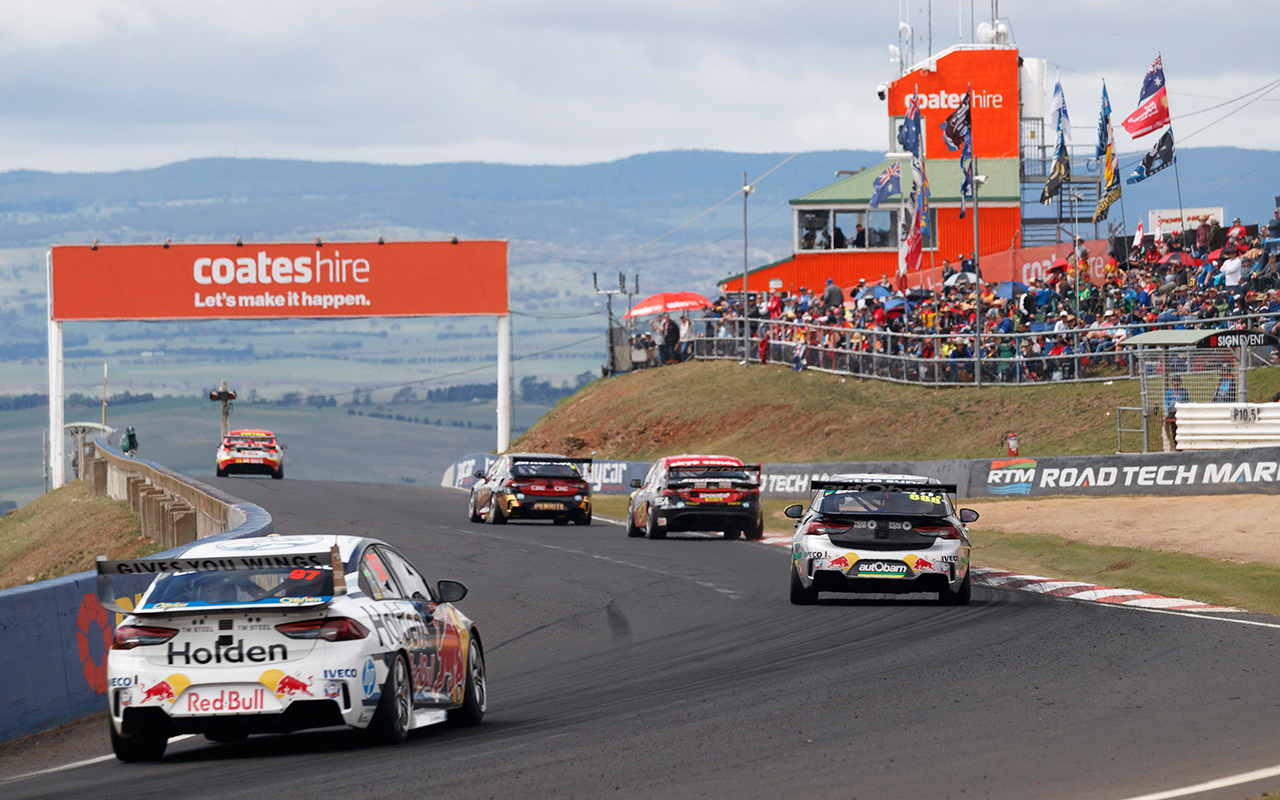 Every Supercar in the Supercheap Auto Bathurst 1000 will be fitted with an in-car warning lights system as an additional safety measure.

Supercars has been working on the project with Australian electronics partner Motec and CAMS race officials for nearly two years, including its use in February's Bathurst 12 Hour.

Under the system, drivers will have key flag information beamed directly to their cars, adding to the physical trackside flag points.

Although useful at all venues, the system is considered particularly important for Bathurst, given the blind, high-speed nature of the corners across the top of the mountain.

“It’s about getting the information into the cars as quickly as possible,” explained Supercars’ Head of Motorsport Adrian Burgess.

“Safety is of utmost concern at every track, but clearly the nature of across the top of the mountain at Bathurst, it’s worth the exercise and cost purely for that race.”

The system is essentially the same as that used in the 12 Hour, but Supercars teams have been granted freedom to tailor how the info is displayed to the driver.

Teams can choose between adding a dedicated Shift Light Module [SLM] to display the flag colours, as seen in the 12 Hour, or integrate it into the Motec dash itself.

“We canvassed the pitline and said ‘do you want one or do you want the other?’ and as normal, you get different responses from different drivers and engineers,” said Burgess.

“Some drivers would like just an SLM, just a separate dedicated Shift Light Module, and they've gone that way.

“Other teams and other drivers have got the bigger dash, and they just want to see it on their dash.”

The lights will be triggered in the cars either by trackside marshals, who will be equipped with a dedicated phone-type device, or by race control directly.

Asked whether the system will help avoid confusion around Safety Car periods, such as that seen with Jamie Whincup at Bathurst in 2015, Burgess stressed the role of CAMS.

“It will give the driver more accurate information,” he said.

“But you have to remember, [CAMS race director] Tim Schenken and his team, they're running the race, so we've got to work closely with those guys.

“It's his responsibility to issue flags and things, it's not really Supercars’ role, but it's clearly something we want to work on with them, for the safety of the drivers.”

The warning system has already been trialled at Supercars events this year, without the lights being visible to the drivers.