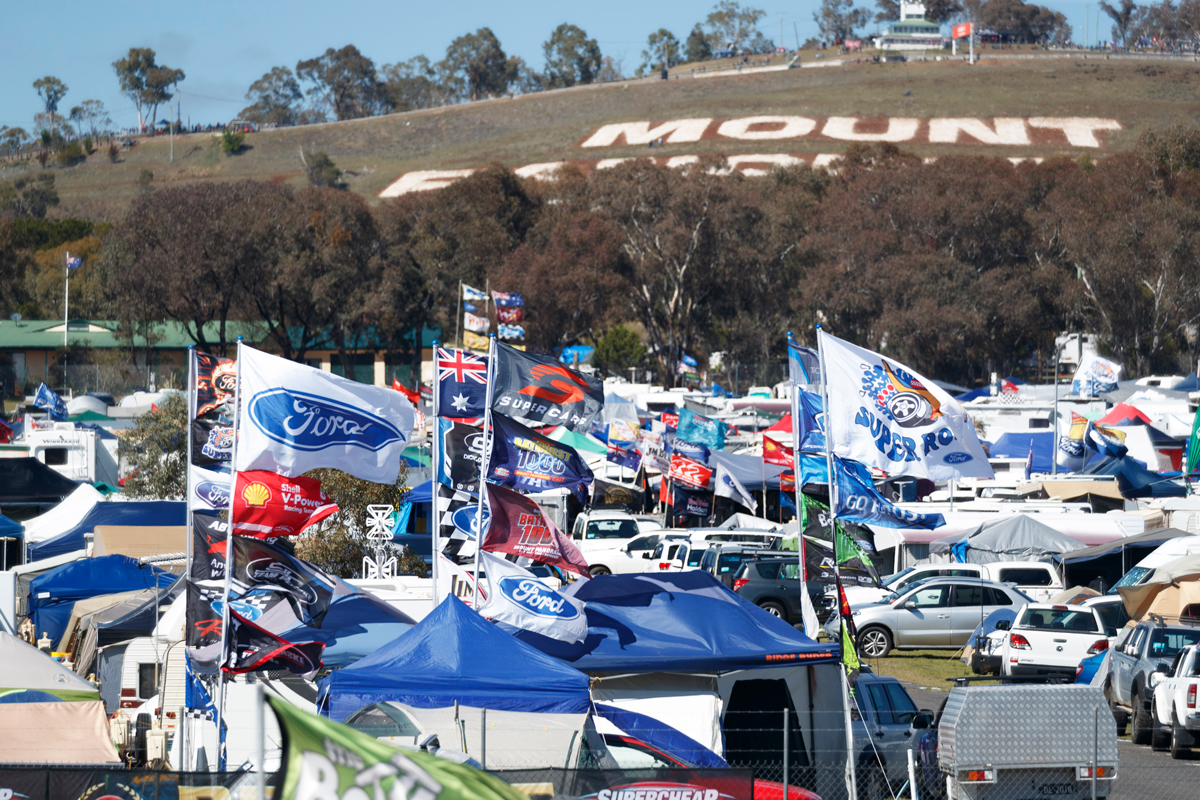 General public campsites for the 2019 Supercheap Auto Bathurst 1000 are now on sale, ahead of the October 10-13 event.

A total of 7,100 sites are available across eight campsites; McPhillamy Park, Reid & Sulman, The Paddock, Max Cameron, The Chase, The Orchard, The Motorhome Park and Enduro.

The sites range from 4.8m2 to 9m2 and are all within walking distance of toilets and shower facilities.

Strong camping numbers are again forecast this year, with 60 percent of sites set to be taken up by returning campers.

The 2019 Bathurst 1000 will mark the first Great Race for the Ford Mustang Supercar, with which Shell V-Power Racing is aiming to take a breakthrough win.

Bathurst is also set to feature the race returns of Holden heroes Craig Lowndes and Garth Tander, contesting the event as co-drivers for the Red Bull Holden Racing Team.

Last year’s event was attended by 206,755 people, the second highest attendance in the history of the race, only behind record of 207,205 set during the 50th year celebrations in 2012.