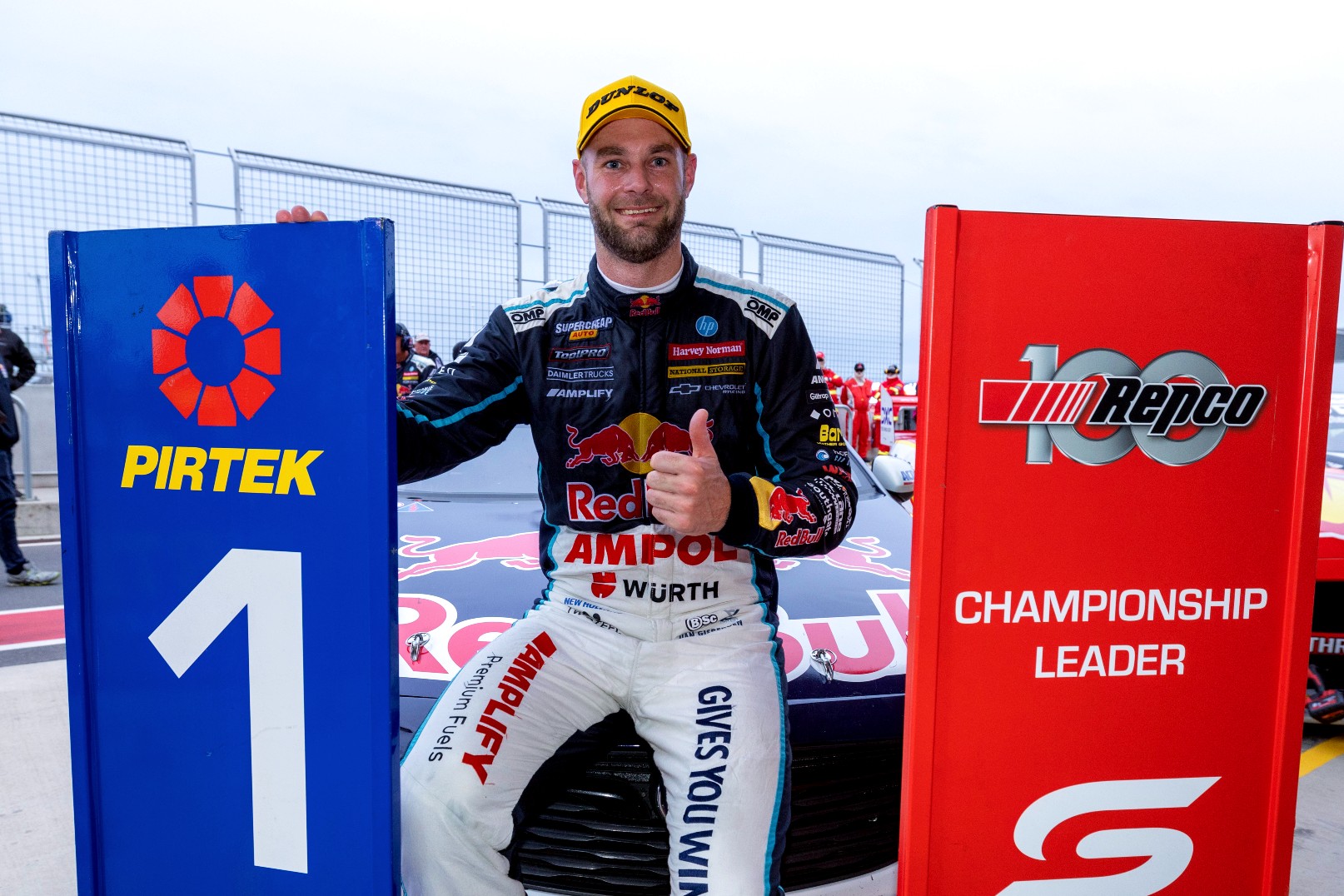 Shane van Gisbergen is determined to open up a points lead big enough to allow all-out attack in Bathurst.

The Repco Bathurst 1000 offers 300 points for the winner.

Van Gisbergen extended his championship lead to 393 points over Cam Waters at the OTR SuperSprint.

The Red Bull Ampol Racing driver has won 14 of 23 races in his title defence.

He last headed to Bathurst in the thick of a title fight in 2018, the year he was pipped by Scott McLaughlin.

Van Gisbergen led the standings by 55 points ahead of the 2018 Great Race, and left Bathurst with a reduced 19-point lead.

McLaughlin would close out the 2018 title on the final day in Newcastle.

The 2020 and 2021 Bathurst 1000s also doubled as the season finale, with the race returning to its traditional October date.

McLaughlin had already clinched the 2020 crown prior to Bathurst, which can Gisbergen went on to win.

A hallmark of van Gisbergen’s title defence has been his relentless pursuit of scoring maximum points.

Speaking after his Sunday win in Tailem Bend, van Gisbergen admitted he wants to tackle Bathurst without the distraction of a championship fight.

“The only thing I think about is Bathurst,” the 2020 Great Race winner said.

“I want to go to Bathurst and not care about the championship, just the race.

“I’ll try and keep pushing and building that lead.

“It’s pretty awesome to have such a lead, that is comforting going into Bathurst.

“I can have a shot, and if it all goes wrong, we’re still okay for the couple of rounds after that.”

Van Gisbergen clinched the 2021 title at the penultimate round in Sydney, meaning he could launch himself at Mount Panorama.

He fought for victory and was denied a podium after a late puncture, and finished 18th.

Hypothetically, would Waters win Bathurst and van Gisbergen finish 18th, the margin would be slashed to 195 points. 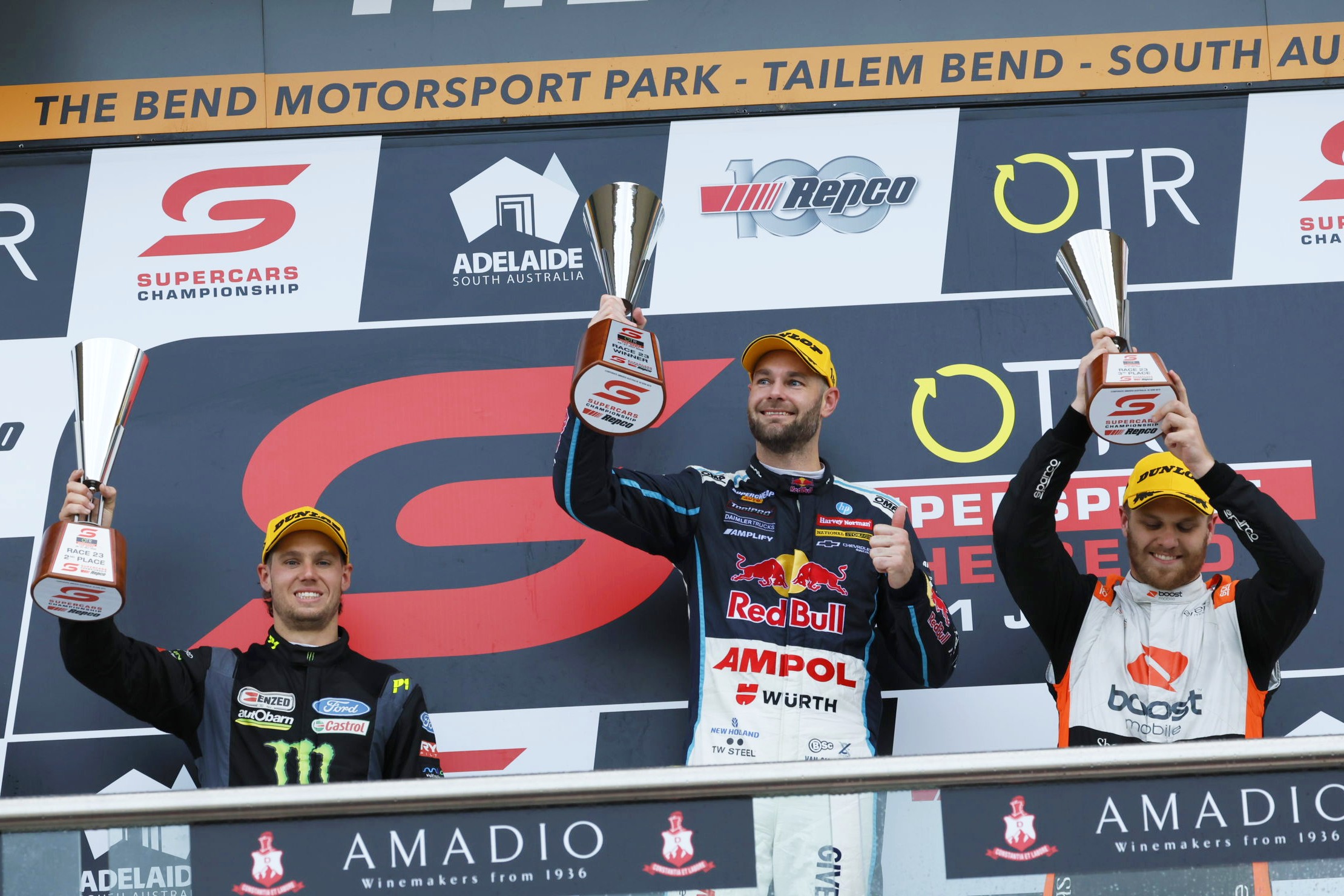 'The only thing I think about is Bathurst'

Van Gisbergen would then be forced to hold on across the final danger rounds on the Gold Coast and Adelaide.

Waters, however, isn’t thinking about the title just yet, but also cited Bathurst as critical to his overall hopes.

“At the moment, there’s not much point thinking about it,” Waters said.

“We’ve got to be winning races.

“Shane nailed it; Bathurst is 300 points, a lot to offer there if it goes your way or not.

“We’ve got to keep focusing on the race car, going after Shane, winning races and not coming second."