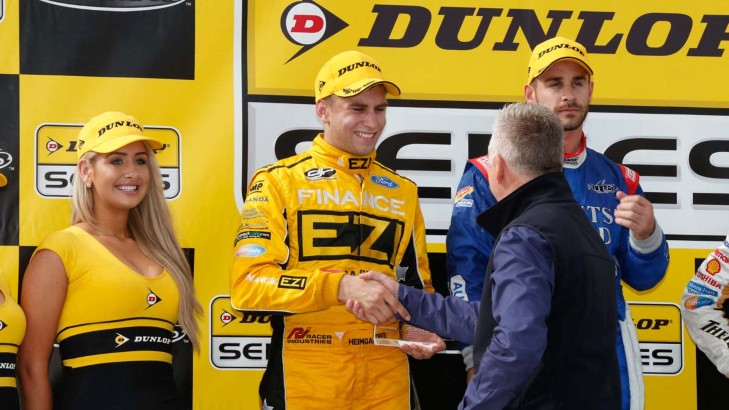 Kiwi young gun Andre Heimgartner has said his call up to steer the Super Black Racing wildcard entry at the Supercheap Auto Bathurst 1000 will be an audition for a full-time gig next year.

At the Great Race, the 19-year old will debut in the V8 Supercars Championship - in which he hopes to earn a full-time seat next year, given Super Black Racing has expressed interest in joining the Championship in 2015.

Spearheaded by Kiwi businessman Tony Lentino and former V8 Supercar driver Paul Radisich, the New Zealand squad has linked with Ford Performance Racing to contest the race at Mount Panorama, with the Bathurst-winning team to prepare and run the #111 Ford Falcon.

"It's pretty good to have an opportunity from a New Zealand team, obviously the gear has to be pretty good, being FPR," Heimgartner, who currently competes in the Dunlop Series, toldv8supercars.com.au.

"Hopefully they're looking for a driver next year to run main game, so you never know. If I perform well enough at Bathurst I might get a seat, but there's still a long way to go - it's never your seat until you're sitting in it at Clipsal."

Heimgartner acknowledged that completing 161 laps around the country's toughest racetrack would be a trial for himself, co-driver and fellow Dunlop Series competitor Ant Pedersen, and the team.

"It is an audition, and it's also an audition for the team," he said.

"The team hasn't done anything before, it's a new team that has been put together so it takes a bit of pressure off me and Ant - we don't have to go out there and win the thing, we're just expected to try and finish and that's what we'll do.

"They're talking about two cars in the future, so you never know what can happen."

Despite his young age, Heimgartner brings a wealth of experience in Carrera Cup and New Zealand SuperTourers to the team, while he currently sits third in the Dunlop Series standings.

Heimgartner has been enlisted by V8 Supercars to take part in this week's aero test.

The #111 Falconwill compete in the V8 Supercars Championship for the first time at the Supercheap Auto Bathurst 1000 from October 9 to 12.

SMP 400 an unknown for McLaughlin