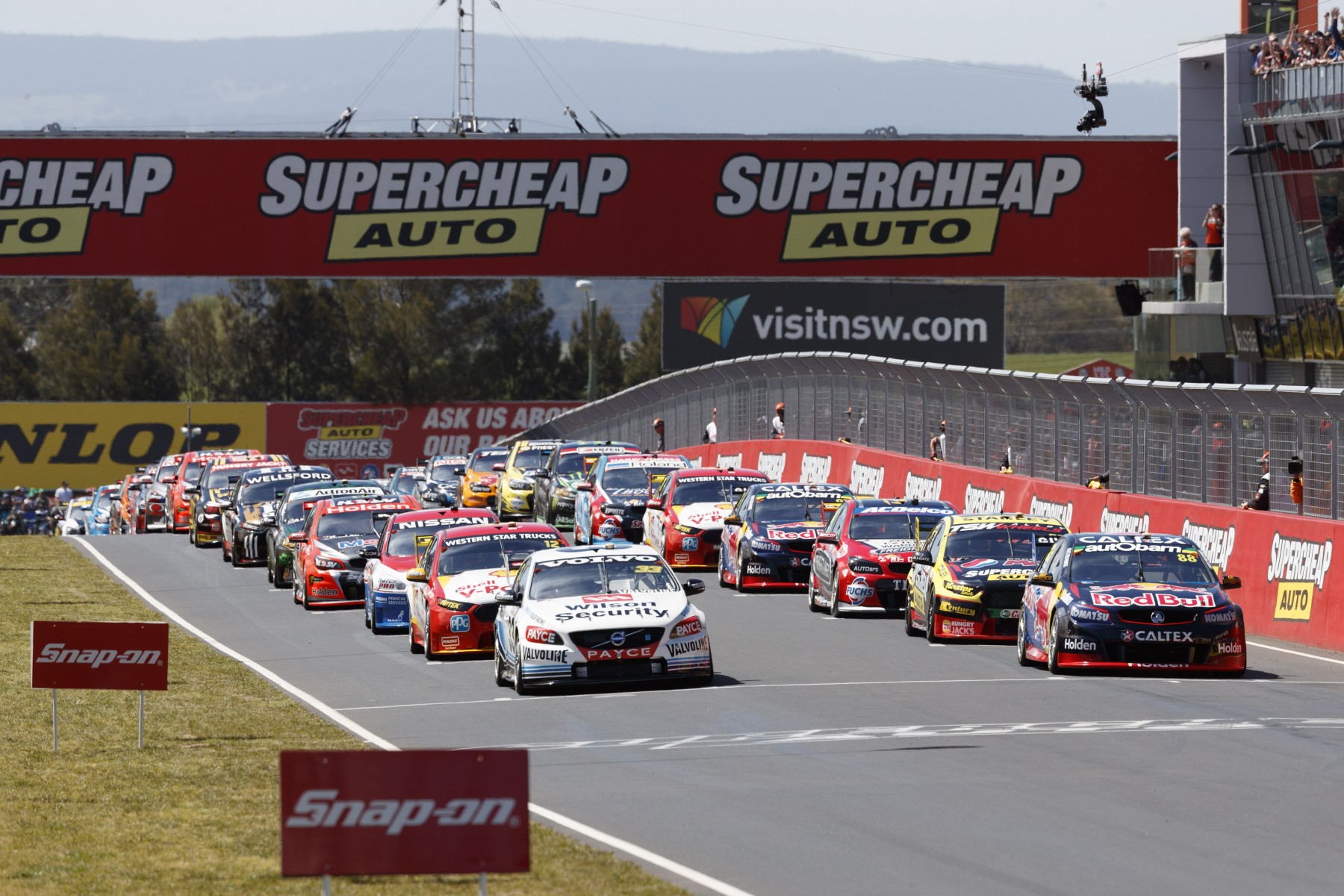 Network Ten’s television broadcast of the 2016 Supercheap Auto Bathurst 1000 has been nominated for a TV Week Logie award in the Most Outstanding Sports Coverage category.

The national broadcast drew an average of 2.1 million television viewers, while it peaked at 3.1 million and reached a total average of 3.9 million across the Network Ten, Fox Sports and WIN Network coverage.

The exciting and controversial conclusion to the race led to an average 2.6 million people watching the podium presentation. The podium was the number one watched program across Australia.

The race was won by Will Davison and Jonathon Webb after a late incident between Jamie Whincup, Scott McLaughlin and Garth Tander.

Whincup crossed the line first but was given a post-race penalty, demoting him to 11th place.

However, the subsequent penalty was appealed post-race before it was dismissed nine days later, leaving the result in limbo during the time.

The dedicated Bathurst 1000 channel on Fox Sports’s coverage launched in the lead up to race was also the number one subscription television channel in Australia during the race week.

The nomination for the Network Ten coverage comes in the industry voted category, with the winner to be announced at the awards ceremony to be held at the Crown Entertainment Complex in Melbourne on April 23.

“The coverage of the Supercheap Auto Bathurst 1000 is something that we are very proud of at Supercars Media,” Fordham told Supercars.com.

“There is an experienced team of over 300 production crew that pull it together every year and this nomination is great reward for their hours of effort and true passion for the sport.

“The sheer size and scale of this production is quite unique and in my view, is the pinnacle of sports production in this country.

“Thanks must also go to the Supercars teams and drivers who put on a fantastic show year after year.

“It’s a marathon race that always produces a dramatic final few hours and 2016 was no different.”

The 2016 Supercheap Auto Bathurst 1000 coverage is nominated alongside the 2016 NRL Grand Final, the 2016 AFL Grand Final, The KFC Big Bash League and the 2016 Rio Olympic Games.

The 2009 Supercheap Auto Bathurst 1000 won the Most Outstanding Sports Coverage Logie award and was most recently nominated for the 2014 event.