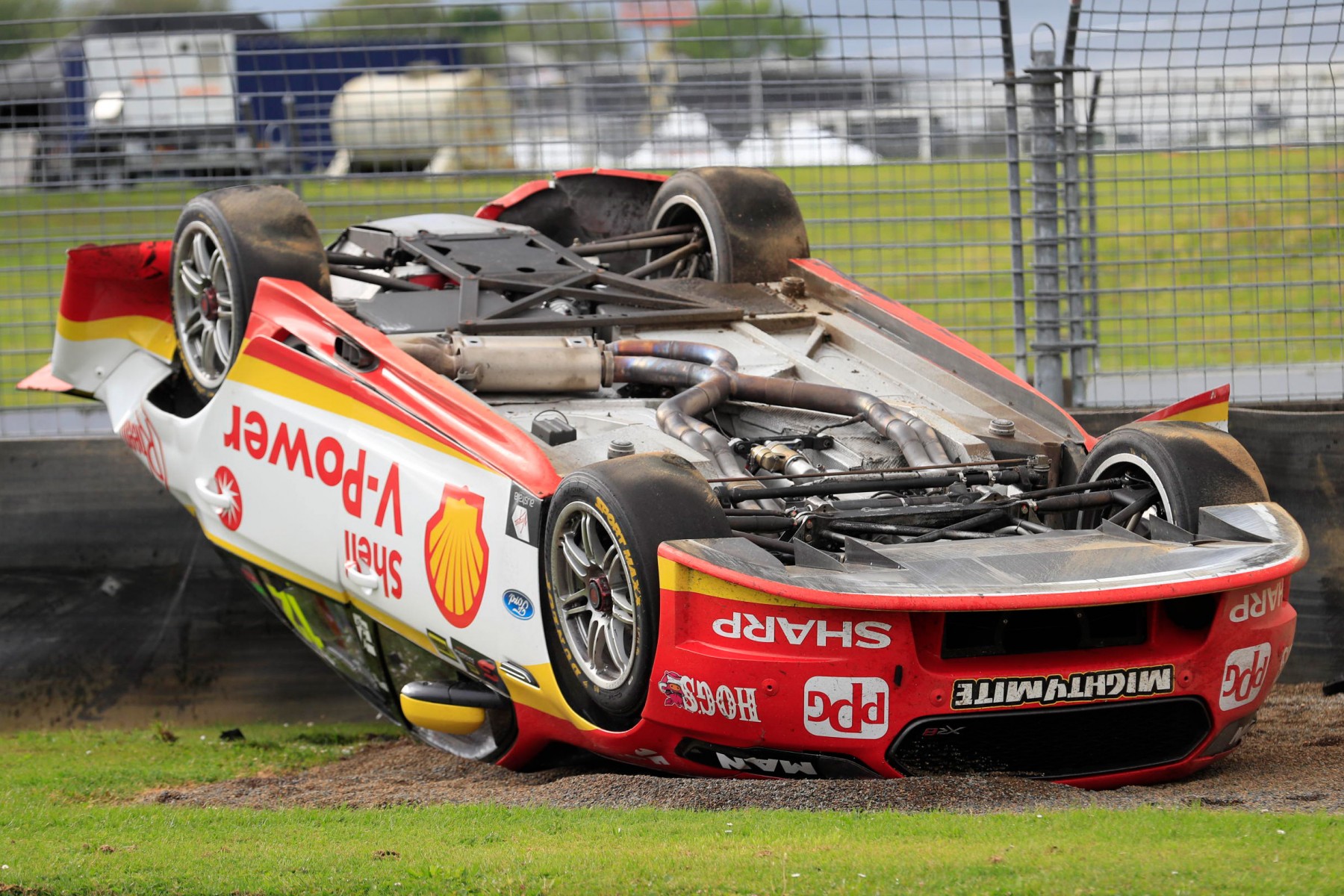 Jason Bargwanna has emerged as an unlikely saviour for Fabian Coulthard’s Pukekohe weekend as Shell V-Power Racing works to repair the #12 Ford following a rollover.

Coulthard’s Falcon ended Race 23 on its roof after the New Zealander speared off at Turn 10 in the closing stages following contact with David Reynolds.

The rear-rail extensions are being replaced alongside a host of bodywork, including the car’s roof panel, referred to as the turret.

A spare turret is one of few parts that the team does not carry for the flyaway Pukekohe event, meaning a spare had to be sourced in order to return to the track tomorrow.

Bargwanna, who has been out of the Supercars paddock this year after being replaced as Driving Standards Observer, is at Pukekohe racing in the NZ V8 Touring Car category.

The former Bathurst winner’s NZ V8 team had a spare turret from a Falcon FG race car that it has converted into a Toyota Camry, and is bringing the panel to Pukekohe this evening.

“We’ve had help from a couple of people, including Jason Bargwanna in sourcing a turret,” Story told Supercars.com.

“The New Zealand V8 series ran the FG panels and the roof of the car is the same. We’ve sourced a panel from one of those cars to get us out of trouble.

“Jason is a guy who’s obviously spent a lot of time out here successfully and knows the people and had a connection to help us out.

“We’ve had quite a few people looking around, from local Ford dealers to Supercars officials, it’s just the nature of the motor racing fraternity.”

While the car won’t have to go off-site as part of the repair, Story admits it’s unlikely to be finished until “the wee small hours of the morning”.

Meanwhile, the Ford squad is also assessing Scott McLaughlin’s engine after it overheated and began to emit smoke in the closing stages of the race.

With McLaughlin managing to take the flag third, Story suggested that the issue stemmed from the team’s expectation of a wet, and therefore cooler, race.

“The car was running a bit warm so we saw a bit of surge there, which is non-typical, but we’ll look at it and check how much [oil] is left and do the precautionary checks,” he said.

“It was not a cause for alarm, but certainly throughout the race it was running a bit warm. The [Safety Car] wasn’t ideal for that, either.

“It was probably a bit of an own-goal, because we anticipated a bit more rain too, but it’s par for the course.”