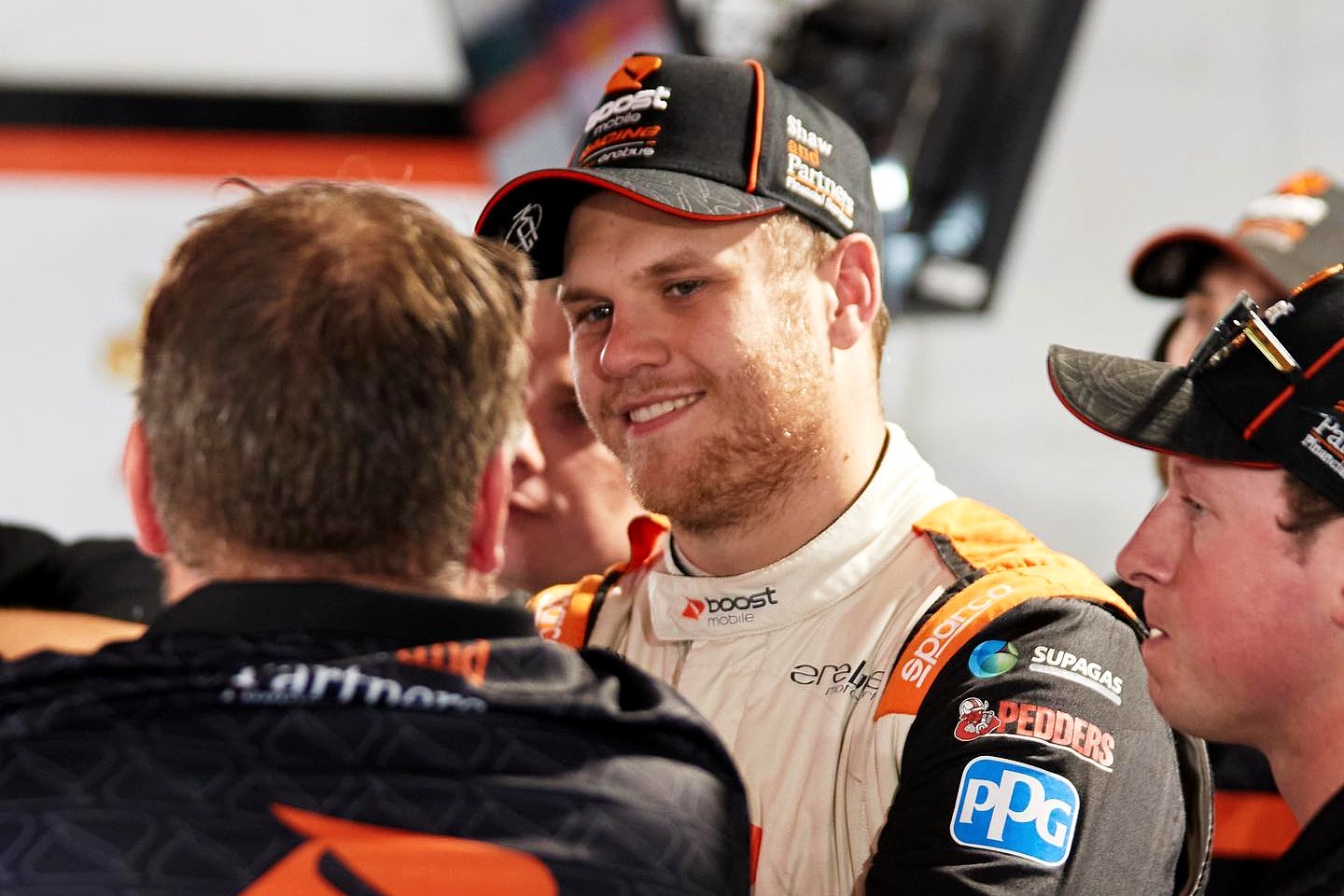 Brodie Kostecki was left beaming after a “great weekend” at Surfers Paradise.

Kostecki was a feature at the front at the Boost Mobile Gold Coast 500.

The Perth-born driver finished seventh and fifth, and ended up equal-fourth on points on the weekend with Cam Waters.

Kostecki christened his weekend with a bold overtake on Cam Waters late in Sunday’s race.

The 24-year-old is now in with a shout to finish seventh overall, having finished ninth last year.

Reynolds leads Kostecki by 68 points heading to the Adelaide finale.

“A really good day for us, it’s been a great weekend for my side of the garage,” said Kostecki, who turns 25 on Tuesday.

“Made the Shootout again, and started sixth, I made a mistake on my behalf, should’ve been third or fourth.

“Track was hot and tricky at that point, a few guys made mistakes as well.

“Race was pretty chaotic for myself, got a pretty good start and was able to pass a few guys.

“Had a pretty good battle with Cam there at the end, he was out of kerb strikes.

“He made a bit of a mistake going through Turn 2 and I was able to sneak up the inside and take fifth.”

Erebus CEO Barry Ryan praised both his drivers: “Brodie and Will [Brown] raced their arses off and they both crossed the line in the top eight.

“We’ve always been proud of how hard Brodie and Will race, and they did the team and our fans proud this weekend."

It comes after Kostecki narrowly missed out on a Bathurst podium.

Kostecki won two of the three races at the 2020 Super2 round in Adelaide, and won the round.

Should he and teammate Brown carry their form to another street circuit, Erebus could farewell Holden with a bang.

“It was a great weekend, the car had plenty of pace and really nice on its tyres,” he said.

“Going to the last round at Adelaide, we’re both looking forward to that.

“It’ll be the last round for Holden as well. I can’t wait."