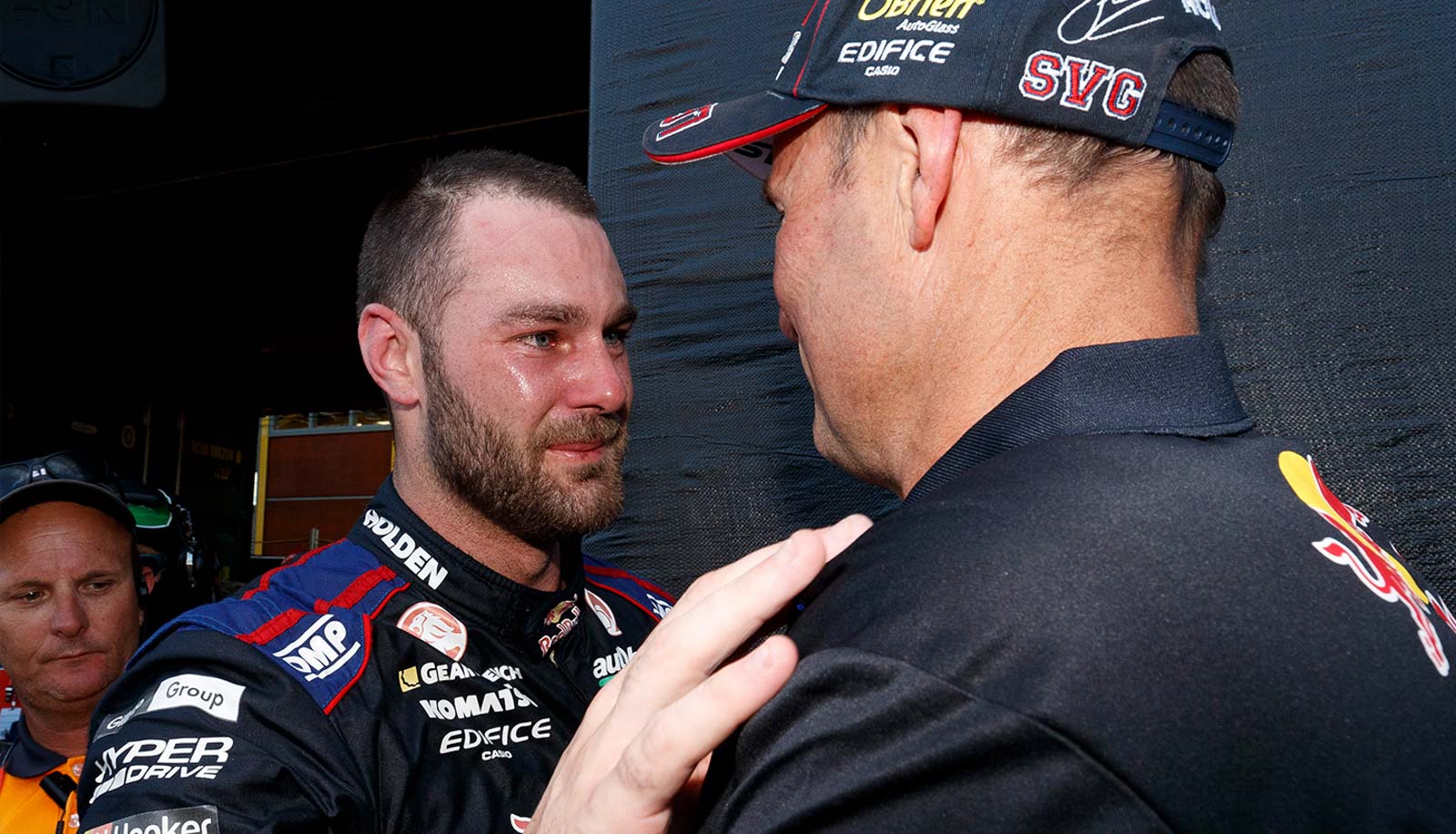 Shane van Gisbergen says winning his first Virgin Australia Supercars Championship is an “awesome feeling” and he owes the achievement to his family.

“Pretty awesome day to get back to third. To see my Dad and my Mum there and the team [at the finish], I was so stoked.”

“It has been a pretty awesome few years in the series and I am finally champion of the sport, a lifetime goal achieved,” he said.

The 27-year old is accompanied to virtually all his races by father Robert, while mother Karen was also at Sydney Olympic Park to see her son triumph. He embraced them both tearfully after the race.

“I owe everything to my family,” van Gisbergen.

“My Dad is a racer himself. I am pretty critical of myself but he is even moreso.

“Even yesterday he was standing at a few points of the track and he came in and was saying ‘Jamie is doing this and he looks a bit better’ and I’m like ‘I know I can see it on the data’.

“He has been a great influence and he has sacrificed a lot … they travel to most races now and to have them there and be one of the first people to see after this was a really cool moment.

“Dad had some tears in his eyes and it was pretty cool.”

Van Gisbergen needed to finish fifth today to ensure he won the championship, but after a slow start, a botched pass of defending champion Mark Winterbottom and a pitlane drive-through penalty, he found himself in 22nd.

After qualifying on pole the usually-attacking van Gisbergen admitted he was too cautious off the start and in his attempt to pass Winterbottom.

“I was just too conservative [at the start] and got mucked around at one, I let everyone go and then got hit at two. So there was a bit of carnage and passing back through I just wasn’t as assertive as I normally am.

“Normally I just throw it in and get it done. I just hesitated and it cost us.

“Once I was in that position there was nothing to lose and I just went crazy and hit everything except other people, so it was good.”

Van Gisbergen benefited from a late safety car to charge forward from ninth on fresh tyres. In the closing laps he had driven into fourth behind Holden Racing Team driver James Courtney, who repeatedly blocked his attempts to pass and claim the podium position.

Van Gisbergen was caught in a sandwich as Wilson Security GRM’s Scott McLaughlin pressured him from behind.

The action became so frantic that van Gisbergen’s engineer Grant McPherson advised him to drop behind McLaughlin, but he was loath to do so because it would hinder team-mate Craig Lowndes’ fight with the Volvo S60 driver for third in the championship.

Eventually, Courtney outbraked himself at turn one and both van Gisbergen and McLaughlin were able to get by.

“I knew on brand new tyres we would have good chance to come through,” van Gisbergen said. “We just went easy for the first few laps and then started picking them off.

“I knew getting past Scotty would help Craig in the championship so I got in front of him but then James was so slow he couldn’t get out of his own way.

“They told me to slow to save my spot but Scotty was attacking me, so I didn’t really want to pass James but he kind of forced me to.”