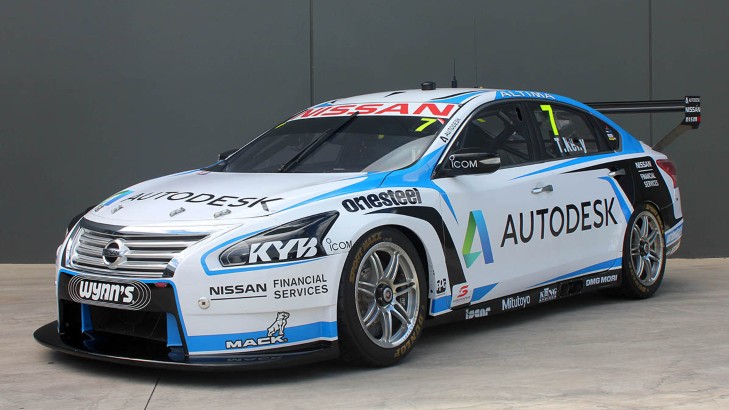 Todd Kelly will compete with major sponsorship from software developer Autodesk at the Australian Grand Prix event in Melbourne this weekend.

The company's support of Nissan Motorsport in this week's racing highlights its on-going collaboration with the team, andAutodesk branding will adorn the bonnet and doors of Kelly's #7 Nissan Altima V8 Supercar.

Autodesk develops many software applications in use within the engineering office at Nissan Motorsport and played a key role in developing Nissan's first V8 Supercar for the 2013 season.

"Autodesk has been a great partner of ours for a long time - basically since the day we opened the doors of Kelly Racing," Kelly said.

"It has been instrumental in the evolution of our race team and ultimately, they took on the workload of assisting us switch from Holden to Nissan.

"Autodesk's software portfolio is far broader than just the 'CAD' software. We have leveraged the solution from initial design of the Altima, through to full simulation and data and document management...

"Given that they've been responsible for the design of the car that we're driving, it's pretty cool that we have the Autodesk brand plastered down the side of one of our cars and showcase to the world what we've been able to achieve together."

Kelly - who currently sits 10th in the Championship -is thankful of the support the team has received from Autodesk and looks forward to racing across the next four days at the Albert Park street track.

Kelly's Autodesk car will compete amongst the four-car factory Nissan Motorsport team, including the NISMO Nissan of Michael Caruso, who will race a brand-new Nissan chassis.

At the Clipsal 500, Nissan Motorsport confirmed backing from Steadfast for the first two events, including the grand prix, and the colours have had a tweak for this week. 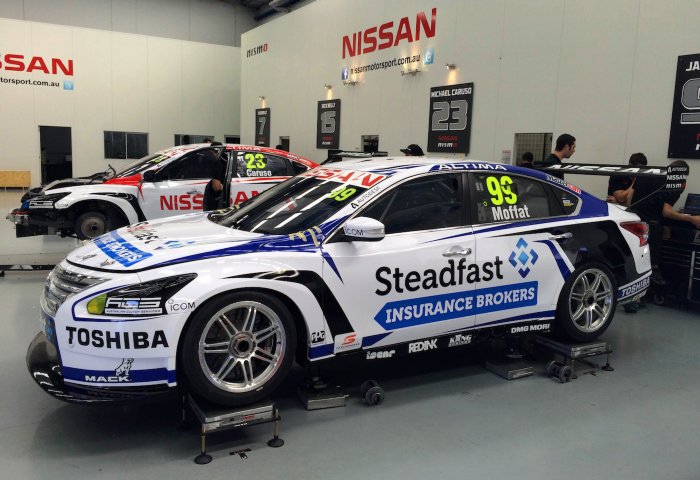 The V8s will be on-track on all four days of the Grand Prix event, kicking off on Thursday with two practice sessions and a single 20-minute qualifying session. Two 12-lap races will be run on Friday, followed by two more 12 lap races on Saturday and Sunday.