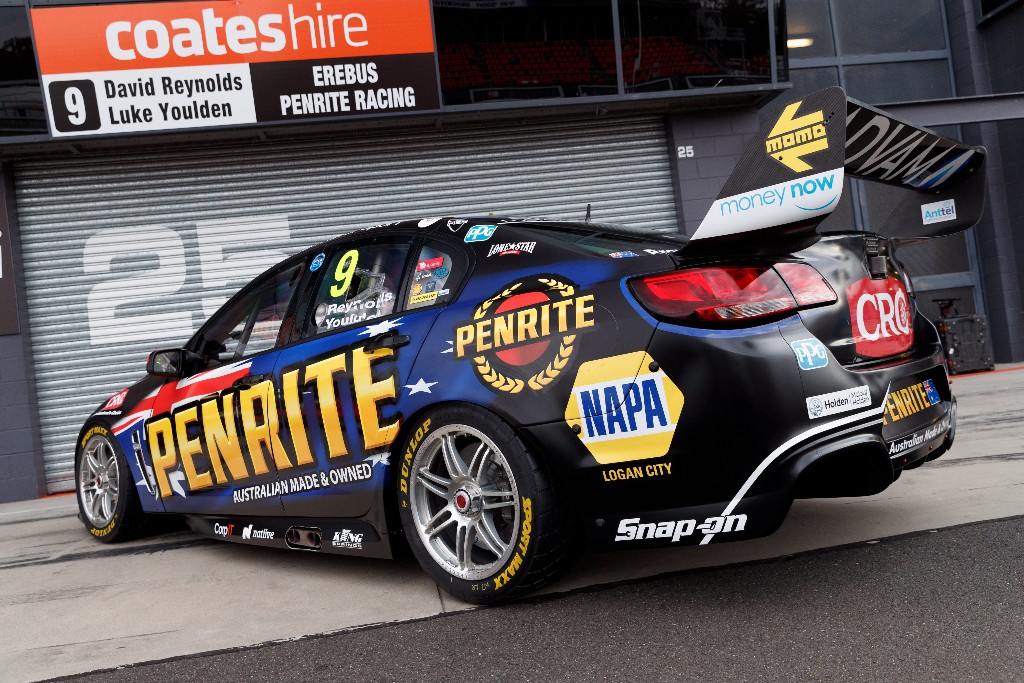 Erebus Motorsport’s David Reynolds/Luke Youlden Holden will take on an Australian theme for the Supercheap Auto Bathurst 1000, celebrating the heritage of sponsor Penrite.

The new look integrates the Australian flag into the Penrite corporate colours that have featured on the team’s #9 Commodore since the start of last year.

Penrite, which is a solely Australian-owned company, has a big presence at Bathurst, where it is also the event’s official oil and lubricants partner.

“I think the car looks great, and it’s exciting to be able to show off Penrite’s heritage,” said Reynolds.

“Bathurst is Australia’s biggest motor racing event and you can’t get any more Australian than this.

“This is by far the best weekend of the year and there’s no reason why we can’t have a good one. 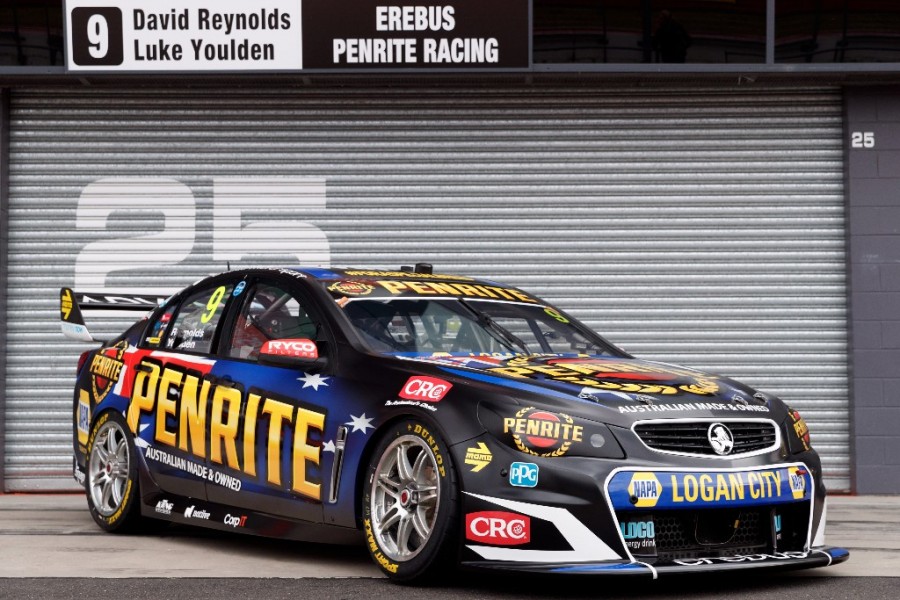 “It’s the one you really want to win and I’m really looking forward to seeing how we go; we’ve got a few ideas up our sleeves and hopefully they pay off on Sunday.”

The Penrite Holden showed strong speed at Sandown, with Reynolds topping Saturday qualifying before Youlden went on to win the co-driver race.

“Realistically for Bathurst and the rest of the year we are aiming for pole positions and race wins,” Ryan said.

“We have raised our own bar by achieving both of these at Sandown and there’s no reason why we can’t continue doing so.

“We are in a good position; Chris and Luke are both top five co-drivers and this opens up strategy and allows confidence to attack Bathurst (and Gold Coast) head on.”